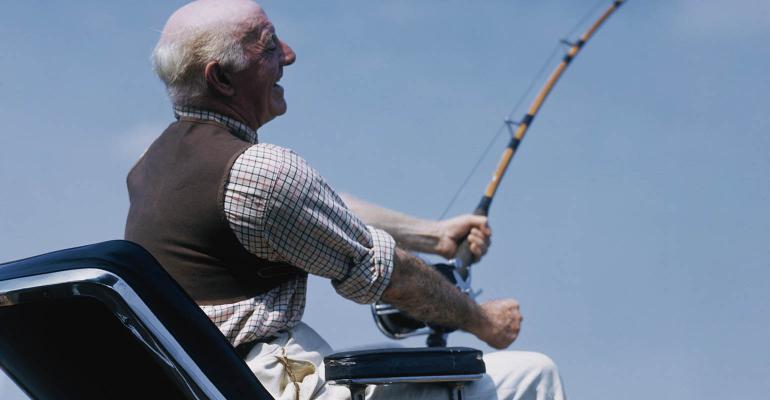 Breaking down two recent announcements by Vanguard and BlackRock.

Some recent retirement plan developments have the potential to influence the industry and I believe they are worth monitoring. The first is Vanguard teaming up with Retirement Clearinghouse for auto-portability of small balance 401(k) accounts; the second is BlackRock’s announcement that it will provide annuities in one of its target date fund series.

Vanguard’s research into plan participants’ behaviors, published in its How America Saves 2021 (20th ed.), highlighted a well-known problem with small-account holders. According to the report, among participants who had plan termination dates in 2020, “Participants with smaller account balances are less likely to preserve their assets for retirement. Forty-two percent of participants with balances of less than $1,000 kept their balance in a tax-deferred account. ... However, once balances reached $100,000, more than 90% of participants chose to preserve their assets.” Furthermore, it’s not just young participants among the 58% of small-account holders who take the money and run: The behavior is similar in all the age cohorts.

Admittedly, cashing out $1,000 or less doesn’t seem like a big deal but, but a significant problem with cash outs, especially for younger participants, is that they lose the benefit of compounded growth.

Savers with slightly larger balances up to $5,000 face an added potential challenge. From Vanguard’s press release “Moreover, when a participant leaves a job with less than $5,000 in their 401(k), employers can transfer small balance accounts out of the plan and into a Safe Harbor IRA, where fees can be higher. In turn, this can result in a proliferation of stranded Safe Harbor IRAs, participant cash-outs, and forfeiture of future savings and returns.”

The RCH Auto Portability program is designed to reduce cash-outs and stranded accounts. When employees leave a 401(k) plan that has the auto-portability feature, the 401(k) balance will follow them to their new employer’s plan. RCH explains the steps in an infographic available upon request from its website (registration required). In a simplified summary of the steps involved:

In 2020, Alight Solutions announced that it would make RCH’s Auto Portability program available to its 185 DC plan sponsor-clients. Those plans served almost 5 million employees at the time. When Vanguard goes online in mid-2022 with its 4.5 million-plus participants at over 1,400 plan sponsors, the Auto Portability program’s potential reach will extend considerably.

In early October, BlackRock announced that five plan sponsors with over $7.5 billion in target date investments had elected to “work with BlackRock to implement its LifePath Paycheck solution as the default investment option in their employees’ retirement plans, subject to plan-specific timing and other implementation considerations. With initial plan adoptions expected in 2022, this action will provide the option and opportunity for over 120,000 U.S.-based 401(k) plan participants to obtain a guaranteed income stream in retirement.”

This announcement caught my attention for several reasons. The first was the large number of plan participants involved with the launch; the second reason was that LifePath Paycheck will be the default investment option for these participants. Those two factors make it likely that there will be numerous participants when the program starts, which should be in mid-2022.

Until the participant reaches age 55, the plan operates as a standard target date fund with a glidepath that transitions gradually from equities to fixed income. According to BlackRock, at age 55 the plan begins allocating a portion of its investment portfolio to a new asset class called lifetime income, which provides participants with the option to purchase a lifetime income stream in retirement—payable by insurers selected by BlackRock.” (If I understand the materials correctly, that “new asset class” is a group annuity.)

From the perspective of BlackRock’s product starting a trend, it will be interesting to track how participants react to the plan over time. A frequently cited 2015 TIAA-CREF survey reported that: “The vast majority of Americans (84%) said that having a guaranteed monthly paycheck in their post-career years is important, yet only 14% have taken steps to ensure lifetime income with the purchase of an annuity.” Maybe this product will be the forerunner of a transition to more built-in options for lifetime income.