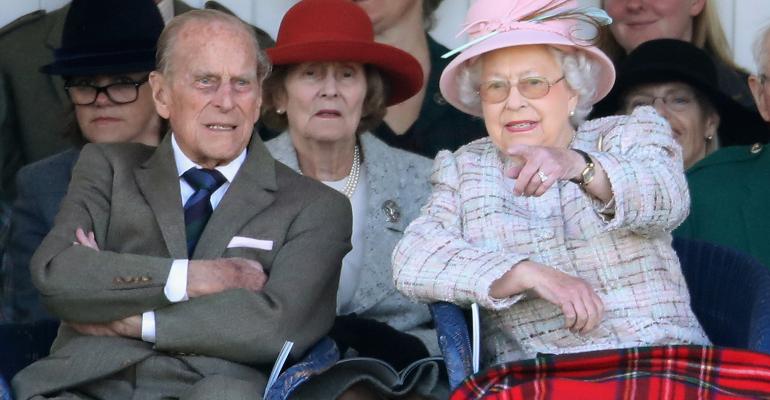 The Rise of Discordant Retirement

Few married couples retire at the same time; the discordant pattern has major implications for the way that advisors work with married clients.

What happens when married couples experience “discordant retirement?” It sounds like a marital spat, but it really just describes a phenomenon retirement researchers have been digging into lately: the fact that few married couples retire at the same time.

A recent study based on data from the University of Michigan Health and Retirement survey found that the pathways people take to retirement are complex, frequently involving phased-retirement, bridge jobs, and periods of nonemployment and returns to work. Decisions often are impacted by eligibility for pensions, on-the-job stress, physical limitations and caregiving responsibilities.

Often there is a so-called discordant phase, when one spouse works longer than the other. Katherine Carman, a senior economist at Rand Corporation and lead author of the study, found that these discordant patterns were apparent for a majority of couples: She studied 2,600 couples and found 1,400 unique retirement pathways.

"We tend to think that people retire at the same time, but when we take a longer approach and look at multiple years, we see much more diversity," she says.

In one sense, Carman’s findings are not surprising considering how retirement has evolved and been redefined in recent decades. But the results do have implications for the way that advisors work with married clients.

It’s standard practice to create retirement plans with projected individual retirement dates. But advisors should look for opportunities to discuss discordant retirement with clients, says Kathleen Burns Kingsbury, an expert on wealth and psychology and author of How to Give Financial Advice to Couples: Essential Skills for Balancing High-Net-Worth Clients' Needs.

“What is most important is to discuss the expectations and visions for retirement—both as partners who plan to retire at different times and also if and when they plan to be retired together,” she says. “For example, if one partner plans to retire at 60 and wants to spend the next five years working in a part-time position with less stress, and the other partner plans on retiring at 65, then the discussion should be about financially planning for this loss of income for five years, and then full retirement for both.”

But the math actually is the easier part of the equation, she adds. “What is more challenging is creating a space where the partners are free to explore what they each want for this next phase of life, and at the same time discuss how having different visions for retirement can work. I encourage planners to look for shared values the couple is honoring. For example, a value might be meaningful work.

“Let’s say partner one is already working for a nonprofit, is mission driven and plans to continue in their career longer than partner two. Partner two works in a corporate leadership position but wants to retire earlier to pursue his/her interest in giving back to a cause important to them. Staggering the retirement of the partners works, because it allows both of them to honor their shared value of meaningful work.”

Helping couples communicate openly about this can be especially valuable.

A recent survey by Fidelity Investments found that 43 percent of married couples disagreed about the age when they will retire, and 54 percent don't know how much they will need to save for retirement (including 46 percent of people who already are retired or getting close).

This is a big opportunity for an advisor to demonstrate their value to clients, Kingsbury says, and to take a more holistic approach to the guidance they provide. “Ask them curious open-ended questions to find out how each partner views retirement and then facilitate a conversation about how these visions complement each other and may also cause conflict.”

This service to clients could go well beyond one-on-one meetings, she believes. “A creative planner could offer workshops, online courses for a fee to existing and potential clients,” she says. “The advisor also can bring in consultants with expertise in coaching clients on retirement and work as a team.”

Discordant retirement also presents plenty of opportunity from a dollars-and-cents standpoint. Continued income from one spouse helps insulate couples from post-retirement financial shocks, such as an emergency health problem or a large home repair. Steady income also could enable the retired spouse to pursue a passion.

In some situations, staggered retirement enables both spouses to stay on employer-subsidized health insurance, reducing premium and out-of-pocket costs. That can be especially meaningful if one spouse is no longer working but has not yet reached the age of Medicare eligibility (65) and might otherwise face high (unsubsidized) premiums on the Affordable Care Act insurance exchanges.

It also opens the door to the triple threat of better retirement outcomes: more years of saving, fewer years of drawdowns and delayed Social Security filing.

The delayed filing credit—an 8 percent annual guaranteed rate of return—remains the best deal on the planet. Starting benefits at 62 —the earliest possible claiming age—will reduce your client’s benefit by 25 percent for life. By waiting until after the full retirement age to start benefits, a claimant gets the delayed retirement credit, which works out to 8 percent for each 12-month period of delay.

The challenge, of course, is meeting living expenses while waiting to claim. That can be done through drawdown of savings; research by Meyer and Reichenstein has shown clearly that this strategy results in improved portfolio and overall retirement outcomes. But living on continued income as one spouse keeps working is even better.

The partner with the higher expected Social Security benefit should claim based only on the expected lifetime of their spouse. If one spouse lives well past the point at which the higher earner turns 80, most couples’ cumulative lifetime benefits will be highest if the higher earner delays benefits until age 70, Meyer and Reichenstein have found.

And higher income could go a long way toward avoiding discord in retirement.