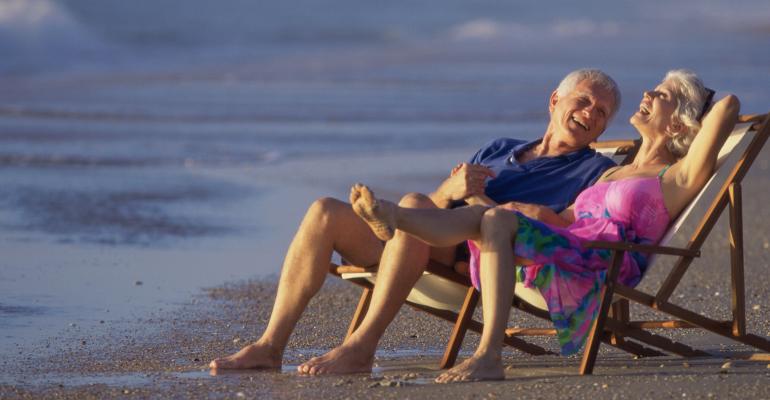 The Richest Generation in U.S. History Just Keeps Getting Richer

(Bloomberg) -- Baby boomers started turning 65 in 2011, marking the unofficial beginning of their retirement years. The timing could not have been better for older boomers, who are already part of the wealthiest generation in U.S. history. Since then, the broad S&P 500-stock index is up 91 percent, including dividends. U.S. stocks hit a record high yesterday.

Market performance in the early years of retirement is a crucial worry for anyone living off a nest egg. In the worst-case scenario, stocks crash just as retirees start spending their savings, leaving them in a hole they can no longer earn their way out of.

Older boomers have experienced what is arguably the best-case scenario: The S&P 500 has returned 269 percent since its March 2009 low. As a recent study in the Journal of Financial Planning shows, wealthy retirees can be very cautious about spending down their savings. This instinct, along with the stock market’s new record, suggests that many boomers are likely to end up with far more money than they know what to do with.

Researchers followed the spending and investing behavior of 65- to 70-year-olds from 2000 to 2008. The poorest 40 percent of the survey respondents generally spent more than they earned, according to the study, which was funded by Texas Tech University. Those in the middle were able to keep their spending at about 8 percent below what they could have safely spent from pensions, investments, and Social Security.

The wealthiest fifth, meanwhile, had a gap of as much as 53 percent between their spending and what they could have spent. The authors wrote:

Retirees in the top quintile of financial wealth were spending nowhere near an amount that would place them in danger of running out of money. In fact, the average financial assets of wealthy retirees increased during this period and most retirees spent less than their income.

In other words, these affluent Americans retired and then continued to get richer. That’s quite a feat when you’re no longer working, particularly against the backdrop of the mediocre stock market of the early 2000s.

It’s not exactly irrational for wealthy people to be cautious about spending their money. As financial planner Michael Kitces notes, retirees face many risks: They could live longer than expected and then face huge health-care expenses or higher-than-expected inflation. And the market could crash again.

For now at least, wealthy boomers have a lot more money to spend than they had any right to expect in the depths of the 2008 financial crisis. But that scary experience—and the natural instincts to be conservative early in retirement—are likely to hold boomers back from spending their new wealth. Unfortunately, both for the economy and for the boomers themselves, the people benefiting most from the stock market's record high may be the most cautious about enjoying it.