/sites/all/themes/penton_subtheme_wealthmanagement/images/logos/footer.png
Recent
Recent
Seven Tips to Help Financial Advisor Firms Protect their Customer Lists
May 20, 2022
Nine Must Reads for the CRE Industry Today (May 20, 2022)
May 19, 2022
Dondero’s NexPoint Targets More Than $1 Billion for New Wager on Single-Family Rentals
May 19, 2022
SEC Judges’ Constitutional Cloud Darkens After Appeal Ruling
May 19, 2022
Featured
The 10 Best and 10 Worst States in Which to Retire in 2021
Jul 15, 2021
Poll: 15 Classic Books on Investing and the Markets
Apr 03, 2020
Fifteen Must-Listen Business Podcasts for Advisors
Aug 14, 2020
Celebrity Estates: Jay Leno and Planning for Classic Car Collections
Feb 22, 2022
Longevity Lifestyle Preparation
brought to you by 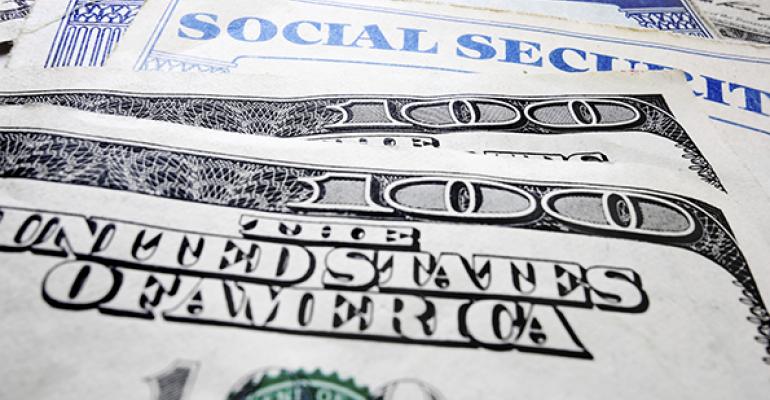 The Rich Are Living Longer and Taking More From Taxpayers

Social Security is becoming a much better deal for the wealthy.

(Bloomberg) --We’re living longer and longer. Well, some of us.

Age 100 is now an imaginable goal for young people around the world with good health care. The average woman in Japan is already living to 87. Yet many Americans are dying younger and younger. Based on the latest year of data, the Society of Actuaries last fall dropped its life expectancy estimates for 65-year-olds in the U.S. by six months. The health of middle-aged non-Hispanic white Americans is deteriorating fastest.

The result of these trends, according to a new study, is a widening gap between wealthier and poorer Americans. The richest people in the U.S. aren’t just getting several years of extra life, they’re also reaping a financial reward for their longevity – courtesy of the U.S. taxpayer. These trends will be crucial as the new administration and Congress consider any changes to Social Security, Medicare, and other programs. Even tweaks to these programs, from the retirement age to benefit formulas, could affect the rich and poor very differently.

The researchers, a group of 13 prominent economists and health policy experts , tried to figure out how long Americans can expect to live based on their income, focusing on earnings in midcareer, from 41 to 51, and using Social Security data. In other words, the poorest fifth of 50-year-old American men can now expect to live just past 76, six months shy of the previous generation. The richest 50-year-olds should make it almost to 89, seven years longer than their parents' generation.

The study focuses on men because the researchers considered the data on women less reliable. Women's move into the workforce over the past 40 years can skew the numbers, for example, because earlier generations of women sometimes had low reported earnings while having a relatively high socioeconomic status. While the researchers weren't prepared to produce specific estimates for women, though, they were confident that women experienced a “similar if not larger change over time” compared with men, citing a previous analysis.

One important result of this 13-year life expectancy gap: Social Security and other government programs, such as Medicare, are becoming a much better deal for well-off Americans.

Three decades ago, the richest and poorest retirees could expect about the same amount of benefits out of government programs. The richest generally got larger Social Security payouts, both by qualifying for higher checks and by living longer. The poorest got more out of other programs, such as Medicaid and Social Security disability insurance. Medicare offered about the same benefits to rich and poor.

The math has shifted dramatically. As wealthier people live longer, they can expect to collect much more from Social Security over their lifetimes than the poor. This chart shows the growing gap, based on the present value of benefits to a 50-year-old looking ahead, and using 2009 U.S. dollars to account for inflation. In 1980, a wealthier 50-year-old could expect to collect $103,000 more than a poor American. Thirty years later, the gap was $173,000. “These results suggest that Social Security is becoming significantly less progressive over time due to the widening gap in life expectancy,” the researchers write.

The U.S. retirement system looks more even-handed if you include in the analysis all government benefits received and all taxes paid by Americans after age 50. Still, longer lives are giving the rich and upper middle class a big financial boost, especially through Medicare and Social Security, even as the poorest Americans lose ground. There are several theories on why the health of wide swaths of the U.S. is getting so much worse while the wealthy are thriving and living so much longer. Some cite rising levels of substance abuse, obesity, and suicide. Others point to the ways economic inequality drive health inequality. The cost of good health care has skyrocketed, even for people who are technically covered by insurance.

Your expected life span is obviously a factor when planning and saving for retirement. The longer you live, the more valuable Social Security is as a safety net to supplement your savings. Life expectancy trends also affect the long-term finances of entitlement programs such as Social Security.

For the moment, the most pressing question is why so many Americans are dying young, and how to stop it.