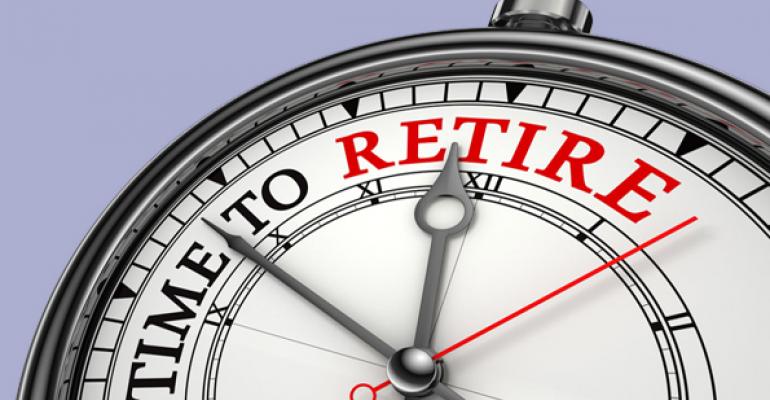 Clients who are financially ready to retire may still need some words of encouragement.

Typically the task of preparing a client for imminent retirement involves creating pie charts, bar graphs, and detailed plans of action. But all this quantitative analysis may not be enough to comfort a worker who is understandably nervous about undergoing this hopefully-once-in-a-lifetime transition. Clients may need additional psychological assurance.

“Your Job Will Not Get Better”

Assuming the client is still gainfully employed, it may help to discuss what her current working environment is like, especially compared to a few years ago. Chances are, it’s characterized by a slightly higher income, but the extra money is dwarfed by the increased pressure, stress, and expectations.

Then ask the client if the decreasing satisfaction will reverse course, and that the job will be more enjoyable in the future. The answer will likely be, “No,” and in case it’s not, you may also want to point out that her ability to tolerate and endure the negative aspects will likely fall as she ages.

Well, maybe not when compared to the most recent earning years. But have the client bring in a recent Social Security statement, and go over the year-by-year earnings history. Show him that the Social Security checks he expects in retirement may exceed what he earned during many of his early working years (and the demonstration could be even more dramatic if he is also in line for a pension check in retirement).

Plus, he probably doesn’t have many of the obligations today that he had way back when, such as mouths to feed and mortgage payments to make.

Once your client retires, she will notice a big drop in her tax bill. First, at most only 85 percent of her Social Security payments will be taxed as ordinary income, and many retirees pay no income taxes on these payments.

Second, your client’s other income sources can be manipulated so that she gets what she needs, but doesn’t unnecessarily jump into the higher brackets. For instance, she can tap IRAs just until reaching the top of the 15 percent federal tax bracket, and then cover other expenses with money taken from Roth IRAs or other non-taxable investment and savings accounts.

In 2013, most workers have to have pay 6.2 percent of their first $113,700 in earnings for Social Security taxes, and usually 1.45 percent of all of their earnings for Medicare taxes. Once the client retires, these taxes go away.

“We Don’t Need a Money Miracle”

With many stock market indices breaking all-time highs, and interest on safer investments hitting all-time lows, a rational retiree might be concerned that to quit working now, he has to either accept a lower standard of living or a higher level of investment risk, or both.

Although you certainly can’t guarantee any future rate of return, there is an exercise that can demonstrate your client’s ability to survive a low- or no-return long-term investment environment.

First, ask the client how long he thinks he is going to live. Then add up his current liquid investments and divide that figure by the number of months he has left in his stated life expectancy. The result, when added to his Social Security and pension payments, is what he could theoretically spend each month, even if you don’t make (or lose) anything on the investments.

Often this figure will exceed what they could reasonably plan or stand to spend in retirement.

“Your Time Is More Valuable Than Your Money”

Someone who has been working, scrimping, and saving for the past four decades may have a hard time acknowledging that it’s time to make a 180 degree change in her goals.

But to demonstrate how little time they might have left, you have to ask some uncomfortable but necessary questions, such as “Have you been to any funerals for someone younger than you?” or “How long did your parents live?”

While their remaining life expectancy could still be measured in decades, their physical ability to enjoy active lifestyle is more likely to be measured in years.

You could even use your financial planning software program to show that an extra year or two of working may only mean a relatively small increase in projected monthly spending in retirement. But it will certainly equal a corresponding reduction in time spent in retirement.

And if the aforementioned isn’t enough evidence, you can discuss ways that long-term care and life insurance can be used to at least partially offset the potential expenses of aging and mortality.

“Where else would you rather be?”

It might involve spending more time with grandchildren or taking a leisurely visit to see older relatives, but most workers have someplace they’d rather be than at their desks.

If you’re really smart, you’ll have plenty of travel magazines in your office waiting room, inspiring clients to realize the dream trips and vacations that are best enjoyed with a fully-functional mind and body.

You might find that a client is hesitant to retire because she’s not sure how she will occupy her time without an occupation. You could suggest that she look into volunteer opportunities with a local organization.

Another option is to get a part-time job, as an employer may value her lifetime accumulation of skills, new-found flexibility, and lack of a need for health insurance coverage (due to Medicare eligibility).