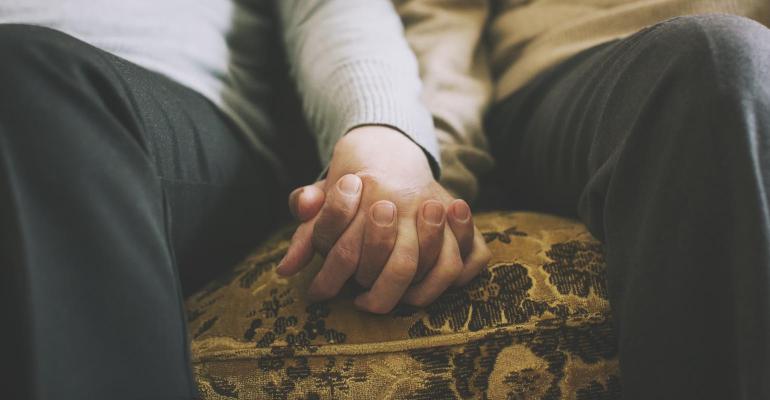 Longtime WealthManagement.com contributor Mark Miller discusses his new book, which highlights how unprepared many Americans nearing retirement age are for the next stage of their lives and what can be done, both on a personal and policy level, to fix it.

In a new book, WealthManagement.com columnist and author Mark Miller tackles a tough question: How can Americans nearing retirement who are not financially prepared get back on track—even late in the game?

Chris Farrell, senior economics contributor for the radio program Marketplace and for Minnesota Public Radio, recently talked with Miller about his new book, Retirement Reboot: Commonsense Financial Strategies for Getting Back on Track, excerpted on this website. Farrell, who is the author of five books on economics, personal finance and retirement, wrote the forward to Retirement Reboot.

It is Miller’s third book; his most recent is Jolt: Stories of Trauma and Transformation.

This is an edited transcript of an upcoming podcast about the broad themes of Retirement Reboot, airing Jan. 10.

Chris Farrell: What prompted you to write Retirement Reboot? 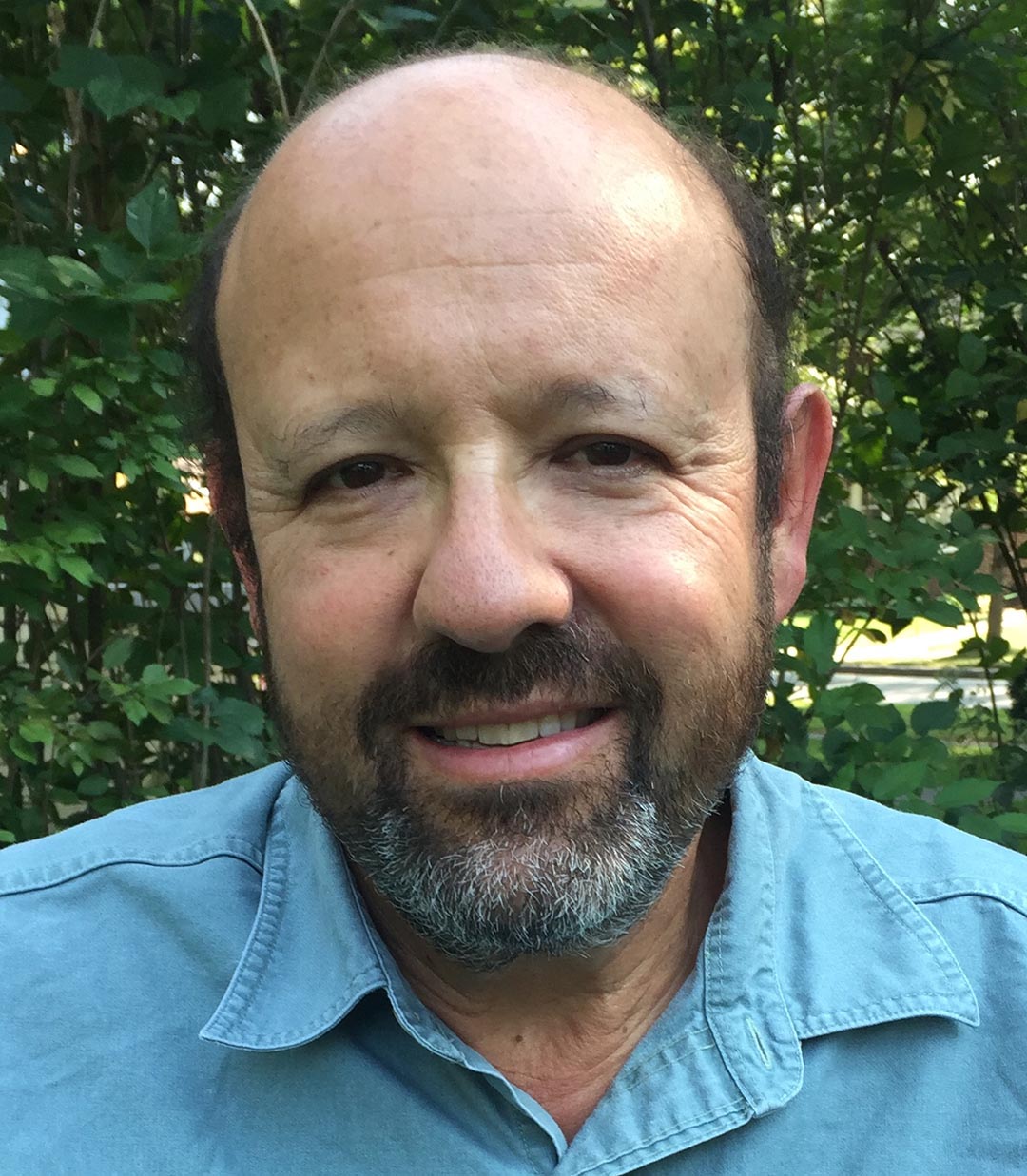 Mark Miller: There's a great deal of debate about whether we have a retirement crisis brewing in the United States. But it’s been clear to me for some time that a very substantial portion of older households approaching retirement simply are not financially ready. Perhaps two-thirds or more will rely mainly on Social Security in retirement, which is going to replace maybe 40% of their preretirement income.

So there's clearly going to be a gap there, since the general rule of thumb is that you need to replace 70% to 80% of pre-retirement income. And there are ways to change that math, and that’s what this book is about. I really wanted to write a book for this audience—the people who really could use the help.

CF: One theme of many personal finance books is the importance of starting to save for retirement at a young age. So, is it too late for older people to turn around the situation?

MM: It’s not too late to improve retirement outcomes. Of course, getting an early start is a huge advantage, because you have time on your side—you have the ability to get compounding going in your favor. But Retirement Reboot offers a tour of possible levers that you can pull relatively late in the game. These are not necessarily easy steps to take, but they are achievable. And they're not gimmicks.

I'm also trying here to decode and demystify because complexity is the enemy here. I've been on this beat for 15 years, and I'm just endlessly amazed at the labyrinth of complex systems for retirement we’ve built that can be really tough to navigate. Complexity is the enemy, and throughout the book I try to distill what I've been able to learn and just spell out some straightforward steps you can take.

CF: OK, so what are the most important levers?

MM: Far and away, they are Social Security and Medicare. These are our two universal programs—nearly everyone participates. And Social Security and Medicare are the most important resources available for improving your retirement security. Another lever is the possibility of rewriting your retirement math by working longer, although some caveats come with that. It’s also very important to think about ways to reduce your costs; that 70% replacement rate rule of thumb doesn't take into account the idea that you may be able to whittle away at your spending. And finally, I discuss ways to tap into home equity, because I think it would be foolish to ignore for middle-class households. Home equity often is the primary form of “saving” that’s available to them.

CF: Social Security and Medicare are so important. But aren't they a classic example of the complexity you're talking about?

MM: Yes, although I think Medicare is more complicated than Social Security. We make more of the complexity around Social Security than really is necessary. The simple truth is that, for married couples especially, it makes a great deal of sense for the higher earner to delay his or her filing, to the extent possible around the rules of delayed claiming credits. It might also make sense for the lower earner to claim earlier. There’s no one-size-fits-all answer, but the main message is that delay is better than to not delay.

Medicare, unfortunately, has become very complex, and it really is due to a lot of unnecessary privatization in the program. We force people to wade through a lot of marketplace choices. And the transition to Medicare at the point of retirement can be a very rocky path. I focus in the book on the importance of making good decisions when you first enroll.

CF: If I forced you to name just one important step toward a successful retirement, what would that be?

MM: I think most people don't fully appreciate the importance of retirement timing, and I devote an entire chapter to this. It can be difficult to control, but it can be such an important factor. Working longer is a great aspiration, but it's not a plan, because about half of people retire earlier than they expected to either because of job loss or a health problem. They need to leave work to become a caregiver, or maybe they just have burned out on the job.

But I illustrate in the book just how powerful it can be to work even a few years longer. Working longer helps set you up to delay your Social Security claim, because you still have income coming in the door to live on while you delay your claim. It's not the only strategy for a delayed claim, but it's a really good one. Working longer also means more years when you could be saving for retirement. And it means fewer net years of your life where you need to live on your retirement resources. And a fourth, perhaps less important factor—if you're in a job with employer-provided health insurance, that's generally less expensive than Medicare.

CF: What do you feel is the most common mistake people make when they're planning for their retirement?

MM: First, the big retirement security problems facing so many of us are not mainly the result of mistakes. Do people make mistakes? Of course. Behavioral economics are at work here—people procrastinate, they don’t plan. But we've set up these retirement structures that are just unnecessarily complicated to navigate, you know, saving for retirement and health insurance, in particular.

There are so many competing demands for the available dollar as people travel through their working years, whether that's the high cost of housing or childcare, or putting children through college. And we tend to have short memories in this country! A person who was 55 years old in 2021 has lived and worked through four recessions, two stock market crashes and a frightening housing market crash in 2009–2010. We know what that does to the ability to save money and just how devastating it can be to household economic security. Two of those recessions were really devastating for older workers—the Great Recession of 2008-–2010, and then 2020, when we put the economy in a coma to fight COVID-19. Both of those economic downturns were really damaging for older workers.

CF: OK. But I still wanted to ask you about this. So is there like a common error that we make? Because I absolutely agree, you know, the system is deeply flawed, and it puts too much on the individual. But still, the individual is making certain choices.

MM: For people who are 50 and older, it’s not taking the time to actually make a retirement plan. This is a very big mistake, because you're flying blind. I have a chapter in the book about the value of advice, and explaining that, you know, it's not only for the rich anymore. A couple really positive things that have happened while I’ve been covering this bear—one is the advent of low-cost index investing. Another is the democratization of advice. It’s possible to get help with planning now, either from online services, or a planner, at a very reasonable cost. I think it's penny-wise but pound-foolish to say, “I don't want to pay to get planning help.” It can make an enormous, positive difference.

CF: Thinking about the policy side of retirement, what steps would you like to see taken in Washington, D.C., that can improve the system?

MM: Well, let’s go back to Social Security and Medicare. The last chapter of the book is titled “Toward a New Social Insurance Era.” The term “social insurance” has really fallen out of use. When Social Security was created in the 1930s—and then into the 1940s and 1950s—people knew what the term meant. It’s insurance with a social purpose—programs that we have created together as a society for all of us to access. We're all in the pool together.

We need to renew our focus on Social Security and Medicare—make them more robust and stronger.

With Social Security, there are two issues. One is the solvency problem, which we're facing right now. In 2035, we’ll reach a point where the Social Security trust funds for retirement and disability will be emptied out as the boomer age wave accelerates and more people are drawing benefits. And at that point, we'll have enough money coming in the door from current workers paying their FICA contributions, to fund about 80% of benefits—in other words, a 20% across-the-board benefit cut, which would be a disaster. That would impact current beneficiaries and everybody claiming will see a slash in their Social Security. So that needs to be addressed.

The good news is there's lots of good ways to address it. And I hope Congress will get around to fixing that.

Beyond the solvency question, I think we should look at adequacy of benefits. So again, as I mentioned earlier, Social Security replaces on average 40% of preretirement income. But I ask the question: Why not have Social Security replace a lot more preretirement income? It could replace 60% to 70%—we could afford to fund that as a society. It’s not really a question of dollars but of values.

We bemoan the disappearance of defined benefit pensions from the private sector. Well, Social Security is our public pension program. Why not make it bigger? Saving will always be problematic for many Americans. We should encourage it, but many people simply will not accumulate enough that it will matter to them in retirement. The income simply is not available to be put away in large enough amounts for middle- and low-income households.

Regarding Medicare, I argue that there are ways to make the program better. One way is to level the playing field between the traditional Medicare program and Medicare Advantage, which is the commercial managed care version of Medicare that many people now enroll in. So there's a variety of things that we can do to make Medicare better. The program is tilted in favor of privatization right now, to its detriment.

But as important as that would be, expanding Social Security would be the single biggest public policy step we could take to improve retirement for average Americans.