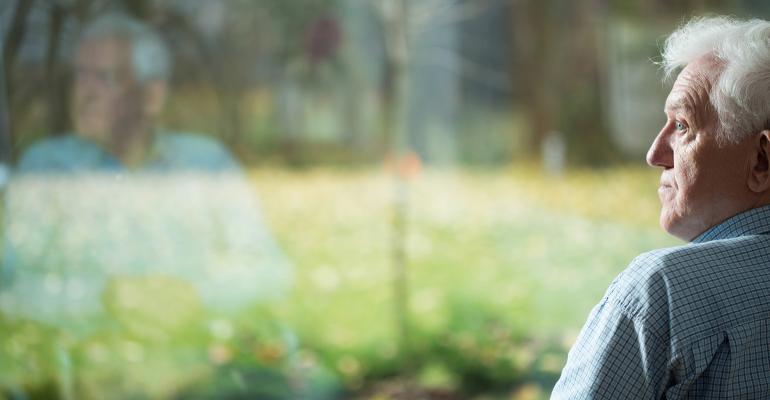 It's the job of the head of the Aspen Institute's Financial Security Program to think her way out of our retirement savings mess.

If there is one takeaway from the depressing retirement-savings surveys that come in pretty much every day, it is this: The current system is not working for most Americans.

Workplace-based 401(k)s may be OK in theory, but in reality, they are not getting us where we need to be. For one thing, only about half of workers have workplace retirement plans, according to Pew Charitable Trusts.

Without automatic enrollment and payroll deductions, many people just do not take the initiative to save in other retirement vehicles such as IRAs. Because of this, one-third of Americans have saved precisely zero for their golden years, according to a survey by GoBankingRates.com.

The whole system needs a radical rethink - and that is where people like Ida Rademacher come in. As head of the Financial Security Program for think tank Aspen Institute, it is her job to think our way out of this mess.

Reuters spoke with Rademacher to talk about where the system is falling short - and how we can go about fixing it. Q: Is it our fault for not saving enough, or is it the system's fault?

A: A lot of people see this as a personal failure, but part of the problem is that we have a system that is not set up to facilitate savings. With small businesses, or with freelancers and contractors, there are an awful lot of gaps in access to retirement plans. And people are changing jobs so often these days that they might have four or five little pots of money, which then just get cashed out.

Q: What solutions are giving you hope?

A: There are a lot of innovative things going on. At the state level, in places such as California and Illinois and Oregon, they realize this is a crisis, because it is the states that are going to have deal with all these poor seniors. So they are expanding access to retirement savings plans, such as at small businesses, and making enrollment automatic. This is going to help literally millions of people.

Another exciting initiative is dual-account systems, which encourage both short-term and long-term savings at the same time. A lot of research has shown that this will really work. Because often when people get financial shocks, they have no choice but to raid their retirement savings. If you build an emergency fund simultaneously, then you have another recourse.

Then there are experiments to make retirement savings portable, so you can take them from job to job. That is where the system ultimately needs to go.

Q: How are mobile apps changing the savings landscape?

A: Apps such as Even (www.even.com/) are helping people deal with fluctuating income. If your income spikes one month, it will put some into savings; if you have a shortfall one month, it will give some of that back. Another company called Digit (www.digit.co/) takes out micro amounts of savings, at random moments based on your cash flow, and then texts to let you know. Other apps get people to focus on saving the first $500, kind of like Couch-to-5K programs for savings.

Q: What are companies doing to take the lead on this and get their employees saving?

A: Innovative companies are taking a fintech approach to retirement saving, like Uber partnering with Betterment (www.betterment.com) and Lyft with Honest Dollar (www.honestdollar.com). Employees can sign up for retirement saving with a few taps on their smartphone. These days, companies that attend to workers' financial wellness are becoming employers of choice.

Q: Fees can kill any portfolio; how is technology helping with that?

A: That is where a lot of the newer firms such as Wealthfront (www.wealthfront.com) are focusing. Technology is not only getting people better access to retirement saving but lowering fees and helping them with things like asset allocation and rebalancing and tax optimization strategies. That combination of roboadvisers with big-data analysis is definitely driving down costs.

Q: Look into the future: Where is our retirement system going to be in five or 10 years?

(The writer is a Reuters contributor. The opinions expressed are his own.)