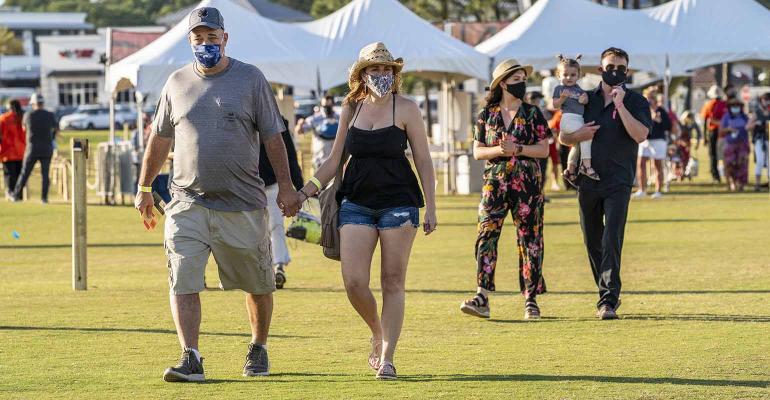 A new study finds 45% of investors aged 18 to 35 are waiting for more “normal” times to start saving.

(Bloomberg) -- Not only have many Americans lost confidence in their pre-pandemic retirement plans, but nearly half of those aged 18 to 35 “don’t see a point in saving for retirement until things return to normal,” according to a new survey.

For the majority of younger respondents, retirement planning has been put on hold — 55% said that, compared with 41% of all respondents in Fidelity Investment’s 2022 State of Retirement Planning Survey.

“Gen Xers are in a kind of twilight zone,” said Rita Assaf, vice president of retirement at Fidelity Investments. While boomers are either in retirement or nearing it, and millennials have plenty of time to plan and save, “Gen Xers are stuck in the middle, and looking at inflation and other economic concerns for the foreseeable future — and the impact that may have on their potential retirement savings,” Assaf said.

Among people who said their retirement plans took a hit during the pandemic, nearly 30% of younger investors figure it will take a year or less to recover. Among Gen Xers — those born between 1965 and 1980 — 27% estimated they are four to five years away from being on track or said they are totally off track.

Rising prices are also on investor’s minds, with seven in 10 respondents saying they’re very concerned inflation will put a serious crimp in their retirement plan. More than 30% of the 2,622 investors surveyed said they don’t know how to ensure their savings keep up with inflation.

Although 45% of younger investors are waiting for things to return to normal before they start saving again, trying to time the market has historically been a losing long-term investment strategy.

“It’s important to note that the worst days in the market are very often followed by the market’s best days, which is another powerful reason not to overreact or try to time the market,” Assaf said.

Some of the respondents closest to retirement may be too optimistic about how much they can withdraw from savings without burning through their nest egg, Fidelity said. About 20% of all people surveyed, including 15% of Baby Boomers and 20% of Gen Xers, thought a financial planner would recommend pulling 10% to 15% out of a retirement portfolio annually. Fidelity’s suggestion is to plan on withdrawing no more than 4% or 5% of savings every year.