/sites/all/themes/penton_subtheme_wealthmanagement/images/logos/footer.png
Recent
Recent
Automation vs. Human Advice: Which Will Win Out?
Dec 06, 2022
Eight Must Reads for the CRE Industry Today (Dec. 7, 2022)
Dec 06, 2022
LA Approves Tax Increase on Real Estate Deals Over $5 Million
Dec 06, 2022
Major Office Distress Is All the Talk. But So Far, it’s Not the Reality.
Dec 06, 2022
Featured
The 10 Best and 10 Worst States in Which to Retire in 2021
Jul 15, 2021
I’m an Advisor. This Book Changed My Life
Aug 31, 2022
Fifteen Must-Listen Business Podcasts for Advisors
Aug 14, 2020
Celebrity Estates: Jay Leno and Planning for Classic Car Collections
Feb 22, 2022
Personal Retirement Advisory
brought to you by 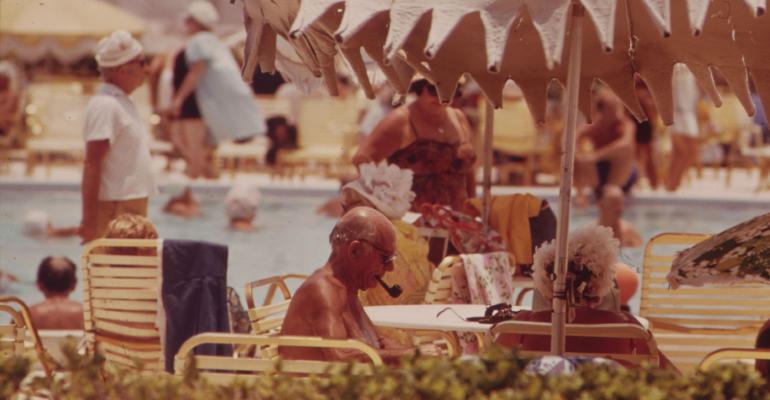 <p>Retirement isn&#39;t quite what it used to be.</p>
Wealth Planning>Retirement Planning

A great deal of ink has been spilled and many hands wrung in the past few years over an impending “retirement crisis,” the belief that boomers will discover they have not saved enough to support themselves in retirement. However, this panic over the near-term masks a potentially more insidious problem—planning appropriately, but still running out of money because you live too long.

The boomers are aging and it looks increasingly as though many won’t amass the nest eggs required to retire when they want, if at all. Unfortunately, advisors are limited in how much they can help such clients because it’s often fairly late in the game before the client realizes there’s a problem, which doesn’t leave much time for plan changes to take effect. Longevity risk, on the other hand, because of the longer timeline, is an issue over which advisors can exercise a little more influence.

The average life expectancy in this country has increased drastically in the past several decades. Men now live to an average age of 76.3, while women stick around all the way until 81.3. For the typical client who wants to retire at 65, this means it’s highly likely that those funds will need to last at least a decade, and possible considerably longer.

Furthermore, according to Hugh Magill, executive vice president at Northern Trust, the very vehicles that allowed many to contemplate a successful retirement may end up working against them in the long run. “Tax deferred retirement savings were a godsend to boomers, but eventually those assets have to come out,” referring to the Required Minimum Distribution amounts for individual retirement accounts.

Clients must begin distributing a certain amount from their retirement accounts each year, usually once they hit age 70.5—and that amount is taxable (ROTH IRAs have no required minimum). So, not only are clients’ retirement funds under pressure simply to support their day-to-day existence, but now the taxes on their nest eggs will hit when they are increasingly relying on steady income.

Assets in deferred accounts basically never lose their taxable status—even after the client dies. Magill suggests that for some clients it may be useful to start pushing assets out of deferred accounts, before they are needed, as the client moves into lower tax brackets in retirement.  When the client dies, at least these funds will then benefit from the free step up in basis. “Asset sufficiency,” according to Magill, “means that the money is able to last not just through your client’s life, but also into future generations.”

Ultimately, Magill thinks that the current RMD starting point doesn’t really reflect the reality of increased longevity in this country and could, eventually, be pushed back slightly by policy makers.

Another consideration that comes with increased longevity is the potential burden of long-term care costs. These expenses bunch heavily near the end of life, with a large percentage occurring within 1-year of death. Long-term care insurance is an oft-touted solution, but the reality is that it’s nearly impossible to qualify for, unless you secure it early in life - not much help to the soon-to be retired.

Medicare currently shoulders a great deal of this late-life health care load, but Magill questions whether the system will hold up under the strain of longer-living retirees. “As boomers continue to age, will Medicare become means tested?” That would leave many clients and advisors scrambling all over again.