/sites/all/themes/penton_subtheme_wealthmanagement/images/logos/footer.png
Recent
Recent
Building the Business Case for DEI&B
Sep 28, 2022
11 Must Reads for the CRE Industry Today (Sept. 29, 2022)
Sep 28, 2022
Multifamily Investment: Coming Back to Earth
Sep 28, 2022
How COVID-19 Changed Retailers’ Site Selection Strategies
Sep 28, 2022
Featured
The 10 Best and 10 Worst States in Which to Retire in 2021
Jul 15, 2021
Poll: 15 Classic Books on Investing and the Markets
Apr 03, 2020
Fifteen Must-Listen Business Podcasts for Advisors
Aug 14, 2020
Celebrity Estates: Jay Leno and Planning for Classic Car Collections
Feb 22, 2022
Notes on Retirement
brought to you by 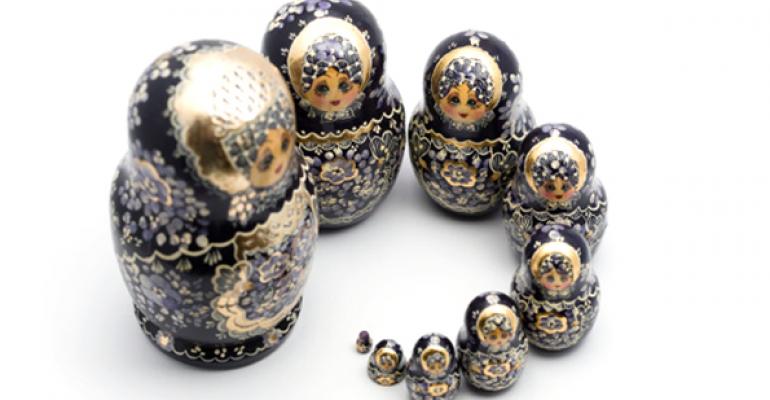 Phased Retirement: A Disconnect Between Workers and Employers

There’s no better way to improve the odds of achieving a secure retirement than working longer. Research shows that most of your clients plan to implement that strategy - many through a “phased retirement” involving continued work with reduced hours. Just one problem: many employers aren’t on board.

Two-thirds of baby boomer workers envision a phased transition into retirement, shifting to a reduced schedule or doing less demanding work, according to a  survey of employers and workers released late last year by the Transamerica Center for Retirement Studies. Just 21 percent said they expect to immediately stop working when they retire.

But only 48 percent of employers offer phased retirement options, the study found, and only 37 percent make it possible for workers to shift to positions that are less stressful or demanding (see chart).

Research by Kevin E. Cahill, a research economist at Boston College's Sloan Center on Aging and Work, confirms employer disinterest in phased retirement, which he defines as either reduction in hours with a current employer, a “bridge” job with a new employer following career employment, or re-entry to the workforce by a retiree. And the Society for Human Resource Management says just 11 percent of employers provide some version of phased retirement, with only 4 percent having formal programs.

One version of phased retirement could get a boost from a new program that the federal government is kicking off. Participants will be able to work half-time while collecting half their pensions after they become eligible to retire. One thousand workers are expected to take advantage of the program annually, according to the Congressional Budget Office, saving the government $427 million in pension costs.

The federal government often pioneers practices that ultimately find their way into the private sector. And phased retirement could be a game-changer for your clients. It can boost Social Security benefits through delayed retirement credits and by adding more high-earning years to the formulas that drive benefit calculations. Even one year of additional work improves the probability of a successful retirement by 18 percent, according to research by David Blanchett and Gregory Kasten; two years boost the odds by 37 percent and a three- year delay improves the outlook by a whopping 55 percent (the authors defined success as achieving the income goal for the target retirement period).

Beyond that, encourage them to develop strategies for continuing work through bridge employment, self-employment or starting a business.