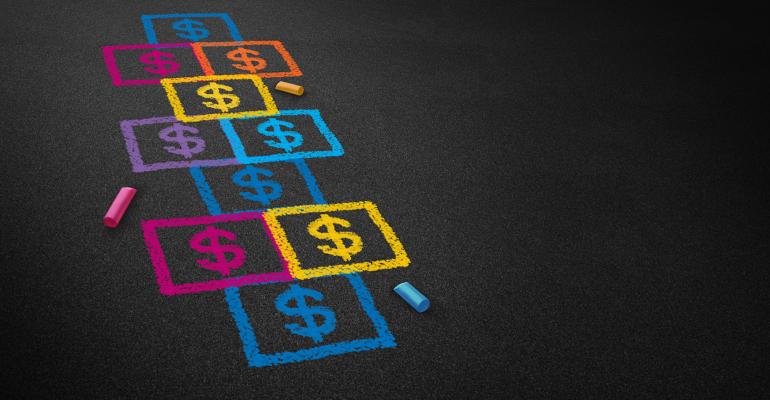 <p>Three-quarters of parents of children aged 8 to 14 were willing to postpone retirement to pay for their children&#39;s college costs.</p>
Wealth Planning>Retirement Planning

(Bloomberg) -- College has gotten so expensive that it's weighing on even the parents of third-graders, threatening to leave them too debt-saddled to retire.

Tim Williams, a 62-year-old part-time mail carrier from Clearlake, Calif., has spent 12 years paying down a nearly $12,000 loan to help one of his sons pay for college. He now owes more than half that; his monthly payment is about $105. His children and his ex-wife have student debt of their own.

That wouldn't be a problem if Williams were making the nearly $80,000 he used to earn as a general contractor and union carpenter—but he earns less than half that now, while his medical bills pile up. "I'm just barely scraping by," he said.

The Obama administration, trying to tamp down mounting fears of a student debt crisis, has focused on the upside of student debt, such as its association with a better-educated—and probably better-paid—workforce. But many parents of tomorrow's college students aren't listening. They expect paying for college to upend their own retirement plans, according to a new survey by the T. Rowe Price Group Inc., a Baltimore-based financial firm.

Three-quarters of parents of children aged 8 to 14 were willing to postpone retirement to pay for their children's college costs, the survey of 1,086 households found. About 68 percent of parents said they'd be willing to get a second job to foot the bill, while 69 percent said they favor putting aside money for their kids' college before their own retirement—a definite no-no, financial advisers said, warning that such a move could wreak havoc on family finances. Some 42 percent of parents said they're losing sleep worrying about future college costs, and 63 percent feel guilty that they won't be able to pay more.

Americans collectively owe $1.4 trillion in outstanding student loans, according to the Fed in Washington—a figure that's doubled since 2009; the federal government owns or guarantees more than 90 percent of it. Because of their debt, some have avoided medical treatment, had trouble buying groceries and delayed marriage. Today's average debtor with federal student loans owes $30,000, according to the U.S. Department of Education—up 30 percent from just seven years ago, after adjusting for inflation, with no end to tuition hikes in sight.

Williams probably will have retired by the time he finishes paying off his son's student loan, nearly two decades after he started. He hopes to retire at 65 on his Social Security benefits, unless he can find better-paying work.

If he does, he'll join the growing ranks of Americans delaying retirement. By 2024, close to 22 percent of those 65 or older will be working or looking for a job—nearly twice as many as in 1984, according to federal forecasts.

Terri Petz, who is 57, plans to keep working for another few decades, in part because she doesn't think she'll ever pay off her student debt. After borrowing around $80,000 to get a bachelor's degree and an MBA, Petz now makes $12 an hour as a temporary data-entry worker, and her student debt has ballooned to about $130,000. She has no retirement savings and worries she'll fall behind on her federal student loans; defaulting on them could lead the government to seize her Social Security benefits.

From 2003 to 2015, the average 65-year-old's student debt rose more than five times as much as the average 30-year-old's, after adjusting for inflation, according to the New York Fed. And in 2013, at least 105,000 Americans in default on federal student loans saw so much of their benefits garnished that their take-home pay was below federal poverty thresholds, according to the Government Accountability Office. More than half of federal student loans held by borrowers 75 or older were in default.

"I stay awake at night and worry thinking about that debt—a couple nights a week, at least," Petz said. "It's terrifying at my age. The older I get, the more I think about it. I can't retire like my father did. I'll be working the rest of my life."