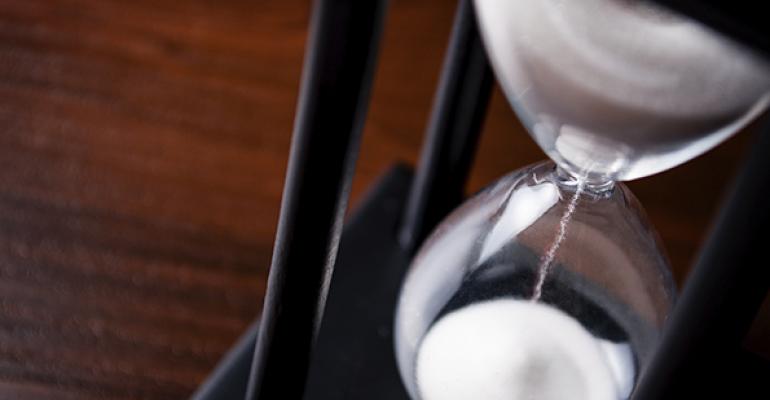 On Sept. 19, 2015, the Internal Revenue Service issued new guidance, which changes how distributions from qualified retirement plans to multiple destinations will be treated when it comes to allocating pre-tax and after-tax amounts.

When an employee’s qualified retirement account1 that holds both pre-tax and after-tax funds disburses funds to more than one destination, how are pre-tax and after-tax funds treated?  IRS Notice 2014-54, effective Jan. 1, 2015 addresses that question.2  The employee may direct those allocations by election in certain cases.  And, because Notice 2014-54 affects employer-sponsored designated Roth accounts, proposed regulations would provide a conforming rule.3

When several disbursements are scheduled to be made at the same time (disregarding differences due to reasonable delays to facilitate plan administration), a single disbursement is deemed to have occurred for purposes of dealing with determining the total amount of pre-tax and after-tax funds distributed.  This doesn’t mean that only a single Form 1099-R (for distributions from pensions, annuities, retirement or profit-sharing plans, IRAs insurance contracts, etc.) need be issued.  But each Form 1099-R must reflect the pre-tax and after-tax allocations described in the Notice.

Notice 2014-54 provides various examples illustrating what portion of several disbursements treated as a single disbursement is treated as pretax versus after-tax amounts.

Mae participates in a qualified retirement account sponsored by her employer.  Mae’s account holds assets worth $250,000.  Mae contributed after-tax funds of $50,000.  Therefore, Mae’s account has $200,000 in pre-tax funds, representing 80 percent of the account’s value, and $50,000 in after-tax funds (basis), representing 20 percent of the account’s value.

Under Notice 2014-54, both plan disbursements will constitute a single distribution for purposes of determining pre-tax and after-tax amounts allocated to each of the two distributions.

What if Mae instead requests a $50,000 direct rollover to her new plan account that separately accounts for after-tax contributions, plus a $32,000 direct transfer to an IRA?  Example 2 of Notice 2014-54 observes that that the combined $82,000 amount exceeds Mae’s $80,000 of basis. Under the Notice, all of Mae’s basis is carried out of the plan to the receiving accounts.  But the Notice permits Mae to select how the basis is allocated  between the two destination accounts. Mae must make that selection before the direct rollovers are made by informing the distributing plan of her selection.  Thus, planning is required before the distributions are requested. Mae can’t wait until after the transfers are made to decide how to allocate pre-tax amounts between the two accounts.

Examples 1 and 2 illustrate the Notice’s general rule that: :

What if Mae sets up a Roth IRA, then directs the plan administrator to transfer $80,000 to a traditional IRA and $20,000 to a Roth IRA?  Example 4 of Notice 2014-54 provides that Mae is permitted to allocate all $20,000 of her after-tax funds (basis) to the Roth IRA and all of her $80,000 of taxable funds to the traditional IRA.  This ability to isolate basis to facilitate a Roth IRA conversion isn’t available to traditional IRAs that hold both after-tax and pre-tax funds.  However, an IRA can be transferred into a qualified plan account.  Because Notice 2014-54 applies to disbursements from a qualified plan account, it may be possible to follow Example 4 when it comes to IRA transfers into such an account.

Each of the Notice’s examples illustrates aggregate distributions that exceed the pre-tax amount of the distributing account.

Transitional rules provide great flexibility.  For distributions before Jan. 1, 2015 but after Sept. 18, 2014, plan administrators may adopt any reasonable interpretation of IRC Section 402(c)(2), including, for example, either pro rata allocation of basis or application of the rules contained in Notice 2014-54.  Designated Roth accounts may use the rule of Treasury Regulations Section 1.402A-1, Q&A-5(a), requiring treatment of each distribution as a separate distribution, with each such distribution receiving a pro rata allocation of basis.  Further, the Notice provides that “it would be reasonable for a plan administrator to switch from allocating pretax amounts using the separate distribution allocation rule to allocating pretax amounts in the manner described in section III of this notice as timely selected by the recipient.”

Distributions made before Sept. 19, 2014 may use the same “reasonable interpretation” standards, except for designated Roth accounts.  Those accounts must follow Treasury Regulations Section 1.402A-1, Q&A-5(a).

The Notice states that the IRS-provided safe harbor notice that must be given to recipients of plan distributions will be updated.  Hopefully, inclusion of this important topic will encourage planning.