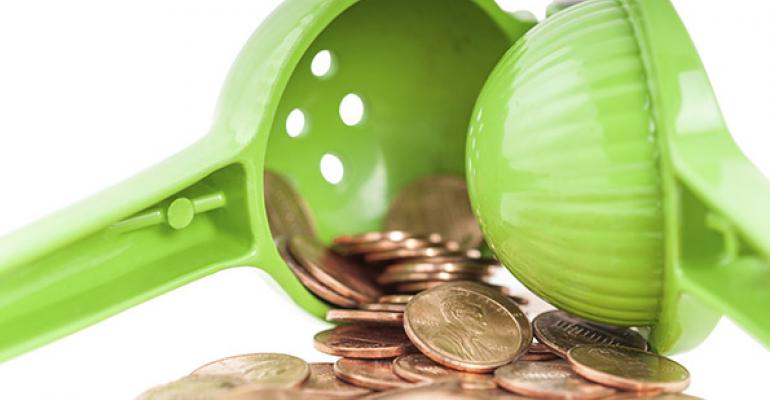 <p>The legislation revises ERISA to grant plan trustees broad powers to cut retired workers&#39; benefits if they can show that would prolong the life of the plan.</p>
Wealth Planning>Retirement Planning

If you weren’t paying close attention to happenings in our nation’s capital around the holiday season - and who could blame you - this might have slipped your notice: Important pension reforms were signed into law that will have dramatic impact on retirement for 10 million Americans.

Buried deep in the $1.1 trillion "Cromnibus" spending bill signed last month by President Obama, the reforms aim to head off a looming implosion of multiemployer pension plans - traditional defined benefit plans jointly funded by groups of employers. The eye-opener is that the reforms mean possible cuts in benefits for people who are already retired - a rare move in retirement policy.

If you have clients receiving a defined benefit pension - or who will in the future - here’s what you should know about this legislation.

The reforms affect retirees and workers in multiemployer pension plans, where employers pool together into a single pension plan. Typically these plans are found in industries such as construction, trucking, mining and food retailing. The legislation doesn’t affect private sector workers in single-employer plans, workers and retirees in public sector pension plans, or participants in defined contribution plans.

The reform package was developed and pushed over the past several years by the National Coordinating Committee for Multiemployer Plans (NCCMP), a coalition of multiemployer pension plan sponsors and some major unions. Ten million workers are covered by these plans; 1.5 million of them in the roughly 200 plans identified as being in danger of failing over the next two decades.

But in recent years, many industries in the multiemployer system have fewer workers paying into the funds. And many still have not fully recovered from the hits they took in the 2008 market meltdown.

The PBGC reported recently that the deficit in its multiemployer program rose to $42.2 billion in the fiscal year ending Sept. 30, up from $8.3 billion the previous year. If big plans fail, the entire multiemployer system would be at risk of collapse. The deterioration pushed PBGC’s's deficit to a record $61.7 billion, despite improvement in the financial outlook for the single-employer program.

The new legislation addresses the issue by revising the Employee Retirement Income Security Act (ERISA) to grant plan trustees broad powers to cut retired workers' benefits if they can show that would prolong the life of the plan. The bill also increased PBGC premiums paid by multiemployer plan sponsors, from $13 to $26 per year per worker.

Critics argue that it sets bad precedent by permitting cuts in the benefits of current retirees. But supporters say it’s a reasonable reform given the dire circumstances of some plans - and that beneficiaries will see smaller reductions than they would under a takeover by the PBGC.

“Hundreds of thousands of people getting a 20 percent reduction in their pension is a terrible thing, but it is infinitely better than having more than a million people get no pension at all,” says says Joshua Gotbaum, director of the PGBC from 2010 to 2014, and now a guest scholar in the economic studies program at the Brookings Institution. Gotbaum supports the reforms, and advocated for them in discussions with Congress, pension plans and others during the deliberations.

How many workers and retirees likely will be affected? There are 4.5 million active workers in multiemployer plans and 5.5 million retirees; of that 10 million, three million are in so-called “red-zone plans” that are in danger. “Most of them will recover over time without ever having to cut benefits,” Gotbaum says. “Perhaps 1.5 million are in plans that actually will fail unless something is done.”

The legislation does prohibit benefit cuts for vested retirees over 80, and limited protections for retirees over 75 - but that leaves plenty of younger retirees vulnerable to cuts. And although workers and retirees would get to vote on the changes, pension advocates worry that the interests of workers would overwhelm those of retirees. (Active workers rightly worry about the future of their plans, and many already are sacrificing through higher contributions and benefit cuts.)

If you have a retired client in a multiemployer plan, the first task is to get a handle on whether the plan is in the “red zone.” Plan sponsors are required to send out an annual notice indicating the funding status of their programs, and red zone plans must send workers a “critical status alert.” A list of plans on the critical list can be found at the U.S. Department of Labor’s website. The maximum cuts permitted under the new law are sizeable; the Pension Rights Center offers a cutback calculator that can help estimate potential reduction.

If you have a younger client participating in these plans, batten down the hatches - and encourage her to save as much as possible to guard against the risk of further pension cuts down the road.