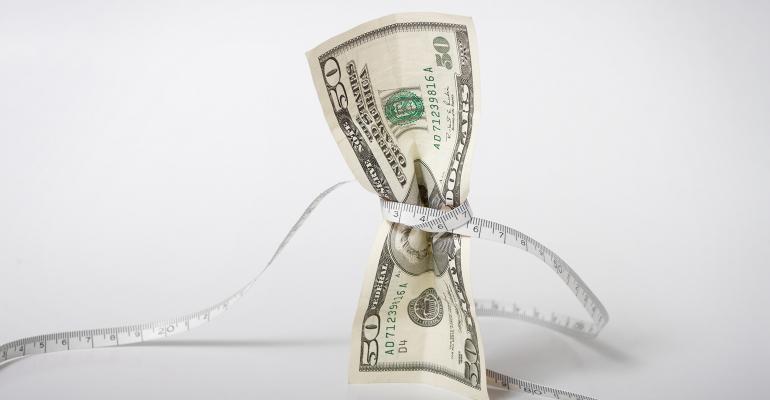 As of late April, 12% of 816 companies representing 12 million workers had suspended matching contributions, according to a Willis Towers Watson survey. An additional 23% said they will or may halt them this year.

(Bloomberg) -- The pandemic is affecting one of the best perks of workplace retirement-savings plans: company matches to employee 401(k) contributions.

Many firms in the hard-hit hospitality and retail industries have already suspended, reduced or deferred matches, including Expedia Group Inc., Hilton Grand Vacations Inc. and Best Buy Co. Even with the recent rally in stocks, many more companies are planning or considering such a move.

As of late April, 12% of 816 companies representing 12 million workers had suspended matching contributions, according to a Willis Towers Watson survey. An additional 23% said they will or may halt them this year.

Companies see suspensions as a way to boost cash flow and avoid or limit job cuts -- although furloughs and layoffs have been plentiful this year. In some cases, the extent of furloughs obviates the need to act on the match.

“A colleague was working with a company that was thinking of suspending the match, but so many people were off the payroll that they realized they’d in essence frozen it,” said Rob Austin, director of research for benefits administrator Alight Solutions.

More than 100 million Americans are covered by defined-contribution plans, which hold some $8.8 trillion in assets, according to Vanguard Group. Most of the workers lucky enough to have access to a 401(k) -- and to be able to devote a pretax slice of pay into the tax-deferred plans -- get some level of company match. The matches were partially designed to encourage greater participation from lower-income workers.

Financial planners urge clients to contribute enough to their 401(k)s to qualify for the maximum company match, which is often 50% of employee contributions up to 6% of salary. The average employer match was 4.3% of pay, according to Vanguard’s 2019 “How America Saves” report.

Companies don’t have to make public announcements about changes to the company match, so getting a full picture of the trend is difficult.

Almost 10% of 302 clients surveyed by Fidelity Investments in early June said they had already suspended or reduced the match, and about 9% were considering it. A survey in early April by the Plan Sponsor Council of America found that among plans with at least 1,000 participants, about 20% expected to halt such contributions. Vanguard, meanwhile, isn’t seeing plan sponsors do so in any great number, according to Dave Stinnett, head of Vanguard Strategic Retirement Consulting.

With millions of people having lost their jobs and scrambling to make ends meet, there are certainly worse things than losing one’s company match. Still, given how little money most people have socked away for retirement, it makes the task of preparing for life after working more difficult, said Alicia Munnell, director of the Center for Retirement Research at Boston College.

“Anything that reduces the amount going into that pot is harmful,” Munnell said. “But on the other side, given all the other horrible things that can happen these days, it’s a relatively small harm.”

An expected second wave of layoffs -- this time among white-collar employees rather than front-line workers -- could mean 6 million jobs are at risk, according to Bloomberg Economics. That would probably affect higher-paid supervisor positions and jobs in industries such as professional services, finance and real estate.

Soon after the 2008 financial crisis, half of the companies that had cut matches told Fidelity they planned to reinstate them. After several years, most had done so, according to Katie Taylor, vice president of thought leadership at Fidelity.

This time around, more companies seem to be “trying to leave the door open to revisiting the decision and doing something at year-end,” said Amy Reynolds, a partner at Mercer Consulting. “There’s a heightened sensitivity.”