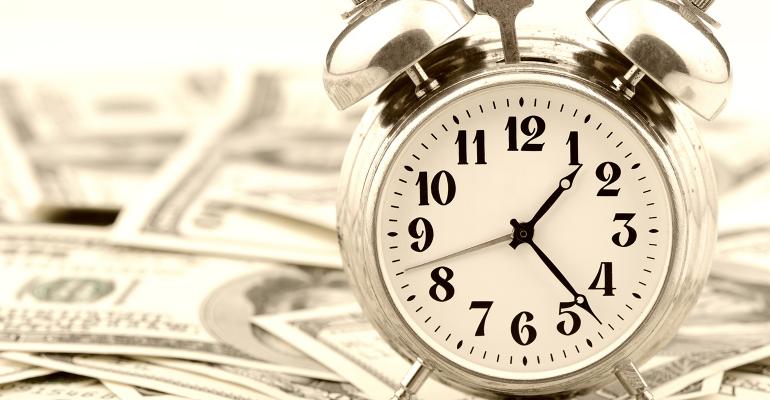 Clients should file the penalty tax form whether they made the distribution or not.

A 50 percent penalty tax applies in any year when an individual retirement account owner fails to take the RMDs from that account. If an RMD of $10,000 must be withdrawn during 2018, but isn’t, there’s a $5,000 penalty tax. The tax also applies to inherited IRAs and inherited Roth IRAs.

That tax can be waived, but only if the taxpayer establishes “to the satisfaction of the Secretary” that the shortfall in the amount distributed during thaty taxable year was due to reasonable error. It must also be shown that reasonable steps are being taken to remedy the shortfall.

As an example, Allan III was beneficiary of Allan Jr.’s IRA. The IRA custodian couldn’t locate Allan III, so eventually turned over the IRA to the state, as required by state escheated property law. Several years later, Allan III discovered the account and claimed it. He found out, to his chagrin, that a 50 percent excise tax was due on the RMDs that should have been withdrawn, beginning in the year after Allan Jr.’s death.

Another example is when there’s a dispute over entitlement to the account. RMDs might be forestalled until the dispute is resolved.

The penalty tax is reported on and paid with IRS Form 5329, Additional Taxes on Qualified Plans (Including IRAs) and Other Tax-Favored Accounts. That form isn’t attached to the IRA owner’s individual income tax return. Rather, it’s filed alone. That’s why filing Form 1040 alone won’t toll the statute of limitations on Form 5329. In the case of Allan III, he filed the form for each year when an RMD was missed and attached an explanation detailing the circumstances. The IRS waived the penalty because it found that the reasonable error and reasonable cause standards were both met.

Hauntingly, whatever the root cause of missing a RMD might be, the statute of limitations won’t begin to run until that Form 5329 is filed.

IRA owners who take RMDs on time can protect themselves from IRS review by filing Form 5329, reporting the amount of each RMD and showing there’s no tax due. That should cause the 3-year statute of limitations to run, thereby barring a later examination.

Unfortunately, the IRS hasn’t provided detailed guidance about how to compute missed RMDs from IRAs in a manner that satisfies the penalty waiver standard that reasonable steps are being taken to remedy the shortfall.

The method for correcting defined contribution plans is to:

In support of the assertion that reasonable steps are being taken to remedy the shortfall, consider attaching the prescribed computation to the request for waiver of the excise tax.

Or better yet, do your best to ensure that clients never miss RMDs in the first place, regardless of how impossible this task may be.