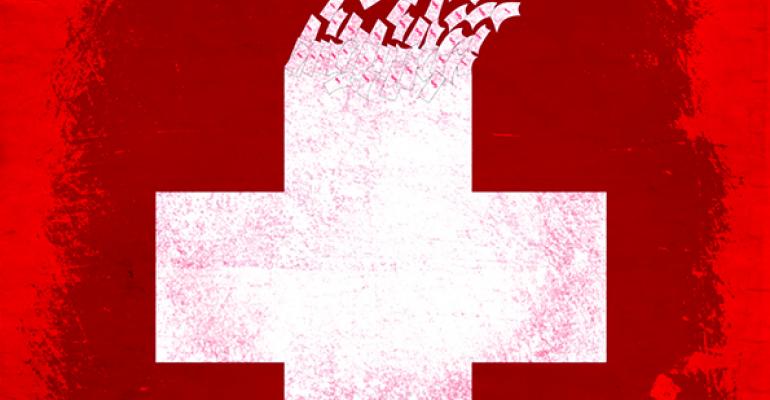 Medicare: The Next Frontier

With social security planning increasingly accepted as a necessity, Medicare is the logical next step for advisors.

Financial planners have received the message about the importance of helping clients make sound decisions on timing their Social Security claims.

Medicare is the next frontier.

“Advisors do think about Social Security these days, but many of their clients need help with the transition to Medicare,” says Elaine Floyd, director of retirement and life planning at Horsesmouth, which provides education and training to wealth management firms, broker dealers and registered investment advisors.

“For most clients, insurance comes through their employers, so they haven’t thought much about the cost of health insurance because the premiums come off their paychecks,” adds Floyd, who oversees the firm’s Medicare and Social Security training programs for advisors. “What advisors are finding is that clients are coming up against this decision at the point of retirement. And it needs to be made quickly.”

This is both a problem and an opportunity for advisers. The problem: The transition to Medicare is one of the more complex steps taken by new retirees. The opportunity: advisors can help clients make a successful transition by starting the conversation about Medicare options well ahead of the point of retirement.

The transition to Medicare from other types of health insurance is fraught with pitfalls that can be costly, and decisions that can be made that lead to a good, or bad, fit for client needs.

A key mistake to avoid is failing to sign up for Medicare at the right time in order to avoid costly late enrollment penalties.

Medicare requires enrollees to sign up during a seven-month Initial Enrollment Period that includes the three months before, the month of, and the three months following the person’s 65th birthday. Missing that window triggers late-enrollment penalties that continue for life and, possibly,  expensive long waits for coverage to start. (People who are still employed when they turn 65 can stay with employer-provided group coverage, but let’s come back to that in a minute.)

The most expensive late enrollment penalty is for Part B (outpatient services); it is equal to 10 percent of the standard Part B premium for each 12 months of delay—and this is a lifetime penalty. Do the math and you can see that this is a costly and completely unnecessary burden for your client. (The Part D prescription drug program has a much less onerous late enrollment penalty, equal to one percent of the national base beneficiary premium for each month of delay.)

There’s one other very important risk created by late enrollment: significant gaps in health insurance coverage while waiting for Medicare to kick in.

Medicare has three enrollment periods. If your client enrolls during the aforementioned Initial Enrollment Period, coverage starts one to three months later, depending on the enrollment timing. That’s fairly easy to manage, just make sure she signs up ahead of retirement, or the date when employer coverage ends.

For people transitioning from employer coverage at other ages, a Special Enrollment Period is available for eight months after other insurance ends, and coverage begins the first month after you enroll.

But late enrollees must wait for a General Enrollment Period that runs from Jan. 1 to March 31 each year—and Medicare coverage does not begin until July 1.

But for people who have not yet applied for Social Security, signing up for Medicare requires proactive steps to avoid problems. The problems are not limited to the transition from employer insurance, so let’s run through the key issues to look out for.

The major exception to the mandatory sign up at age 65 is for people who are still actively employed at that age, and their spouses. They can delay enrollment in Medicare,  so long as they are actively employed. One problem that often crops up is people who have been laid off from work and are using COBRA  coverage. They sometimes assume that COBRA coverage qualifies them to decline Medicare at age 65, and that is not correct.

There is one other exception to the employment exemption: for people who work for organizations with 20 or fewer employees. In those cases, Medicare coverage becomes primary.

The growing popularity of Health Savings Accounts (HSAs) has created one other interesting twist on the coordination of employer insurance and Medicare. HSAs can accept contributions only from people enrolled in high-deductible insurance plans—and Medicare does not meet that definition. Contributions to HSA accounts must stop six months prior to your client’s Medicare effective date in order to avoid tax penalties (this is because Medicare Part A coverage is retroactive for six months for enrollees who qualify during those months.)

Transitioning from coverage through the Affordable Care Act Marketplace exchanges also is a common trip up point. Federal law requires switching to Medicare at age 65. (Confusion on this point prompted Medicare to allow people to apply for relief from the late enrollment penalties. The relief is available through September of this year. Details are available on this Medicare fact sheet.)

Finally, health insurance that some retirees receive can create confusion. This type of insurance usually provides supplemental help meeting cost-sharing requirements or prescription drug coverage; It's important to remember that retiree benefits always are secondary payers to Medicare. Some retirees make the error of turning down Part B coverage in the belief that this supplemental coverage is primary and end up with no primary coverage.

Floyd has seen growing recognition among advisors about the need to get  educated about these tricky Medicare issues. Back in 2009, Horsemouth launched a program to educate advisors on Social Security claiming, just as the baby boom generation began reaching the first age of eligibility (62). “But advisors started to come back asking us, ‘What about Medicare,’“ she recalls. The firm added its training program on Medicare in 2012.

Floyd cautions advisors that the advice their clients get from their employers on the transition is not always correct. “We realized pretty quickly that people are not getting good advice,” she says. “There are  separate and distinct health insurance systems in this country, and all of the resources and advice for a particular silo are designed just for that silo. There isn’t much in place to help people move from one to the other.”

Typical questions Floyd fields from advisors regularly focus on topics such as spousal coordination; when high income premium surcharges must be paid; HSA conflicts and retiree coverage. “We have separate and distinct health insurance systems, and moving from one system to another is not so easy,” she says.

One of this is to say that advisors need to become experts themselves on enrollment, she adds. “We don’t expect advisers to be experts on Medicare, but we want them to know enough to bring awareness, and to point people to resources who can help.” That might include a licensed health insurance broker, or the State Health Insurance Assistance Programs, which provide free counseling on Medicare enrollment.

Perhaps the biggest challenge for advisors, she thinks, is to get the conversation started early. “People start thinking about Social Security early, but with Medicare, often it’s not until the deadline approaches. We tell advisors to be proactive, and start talking about this several years before enrollment.”