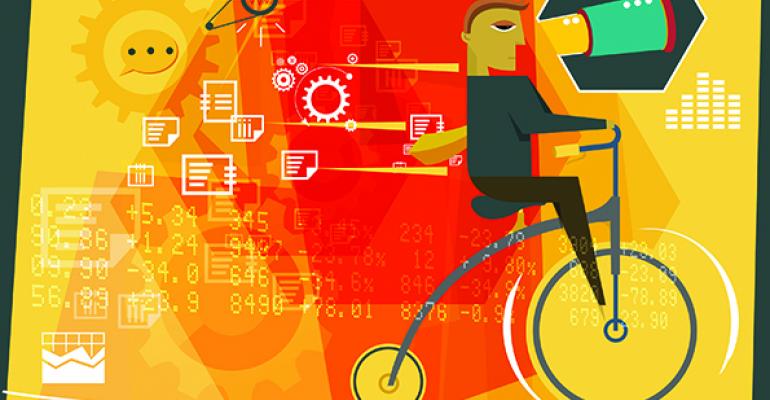 Managed Accounts in The Workplace

Managed accounts are, arguably, a better option than target-date funds for 401(k) portfolios&rsquo; safe harbor options. So, why aren&rsquo;t there more of them?&nbsp;

Retirement savers who get professional help with their 401(k) portfolios stand a good chance of seeing better outcomes than those who don’t. But that doesn’t mean plan sponsors or participants are rushing to adopt one-on-one advisory services.

The U.S. Department of Labor gives defined contribution plan sponsors three options for a qualified default investment alternative (QDIA), which are to be used if a plan participant doesn’t make an investment election on their own (many don’t). The options are target date funds (TDFs), managed accounts and balanced funds. While all three offer a professional framework for managing assets, one-on-one managed account services have the potential to deliver stronger results.

So why don’t more sponsors use them? Target date funds continue to be the portfolio management tool of choice. At plans served by Vanguard, for example, 45 percent of participants were completely invested in an automatic option at the end of 2014—39 percent of them in a TDF. Just four percent were using a managed account program—a figure that has barely budged from 3 percent in 2010 (2 percent were in a balanced fund).

A Towers Watson survey reflects similar results. TDFs are the default QDIA for 86 percent of plans, up from 64 percent in 2009; managed account services make up just three percent of default sponsor choices.

It’s not that plan sponsors aren’t adding managed account services—22 percent of Vanguard-served plans offered the option last year, up from 13 percent in 2010. But TDFs most often win out as the default investment for participants who don’t make their own selections, due to their simplicity and automation.

Cerulli Associates lists eight main players in the managed account space, with $167 billion in assets under management in the third quarter of 2014 (the most recent available data). Financial Engines is the largest, with $102 billion in AUM; Morningstar ranks second ($36 billion), followed by GuidedChoice ($10 billion) and Fidelity Investments ($10 billion).

Managed account services do have potential to become a bigger force in the defined contribution market. The trend toward automation in 401(k) plans—coupled with the erosion of defined benefit plans—argue for greater use of one-on-one advice by plan participants.

“If we can get the value proposition right, we think that more comprehensive advice is the right answer,” says Lorie Latham, a director in the investment consulting group at Towers Watson, who has studied managed accounts. “There’s an opportunity to get participants to think more holistically about retirement,” she said. They might try considering their workplace retirement accounts in the context of their outside assets, Health Savings Accounts and projected healthcare costs in retirement.

The key barrier to wider adoption of managed accounts is expense. Towers Watson reports that managed account fees for large 401(k) plans often start around 50 basis points, and they run higher for smaller plans. These fees come on top of those charged for underlying funds.

A study of managed accounts released last year by the United States Government Accountability Office (GAO) called for greater protection for plan participants from the potential negative impact of the higher fees charged for these services. The GAO also raised concerns about the impartiality of advice being offered. “Clarifying fiduciary roles for providers who offer managed accounts to participants on an opt-in basis or for providers who offer additional services to participants in or near retirement could help ensure that sponsors have a clear understanding of provider responsibilities so they can offer the best services to their participants,” the report states.

Wei-Yin Hu, vice president of financial research at Financial Engines, says the fees his company charges vary by the plan, but he notes that Financial Engines aims to fund the managed account services by cutting the cost of underlying investments. “What we try to do is chop 50 basis points out of the investments wherever possible, so we actually may come out ahead net of fees.”

The case for managed accounts delivering better returns is inconclusive. A study last year by Financial Engines and Aon Hewitt of 723,000 participants in 14 large 401(k) plans found that many TDF investors don’t use them as effectively as they could; 38 percent split their investments between TDFs and other investments, effectively diluting the expected benefit of TDF’s automatic asset allocation adjustments. Their median annual returns were 2.44 percent lower than for participants who wholly embraced any type of professional management—either TDFs, managed accounts or online advice—after fees.

“I don’t think anyone has really directly compared how TDFs do compared with managed accounts,” says Latham.

Hu argues that the biggest benefit is a more holistic view of the participant’s overall financial situation. “It can answer questions beyond asset allocation—what should I do with my Social Security? How much should I be saving? When can I retire? If I have a pension, how does that impact my plan?”

Other benefits include hand-holding when markets take a nosedive and advising on strategies for decumulation and maximizing retirement income.

But Hu and others acknowledge those questions are asked more frequently by workers getting closer to retirement—when the answers are most valuable. For younger workers just getting started saving, a less expensive solution may be more appropriate.

“A younger participant doesn’t need such a complex structure,” Latham says. “It may make more sense to keep it simple for that person, defaulting them into a TDF early on, and move them over to managed account services later on, when the costs are justified.”

This post has been edited to correct the assets listed for providers of retirement managed accounts.