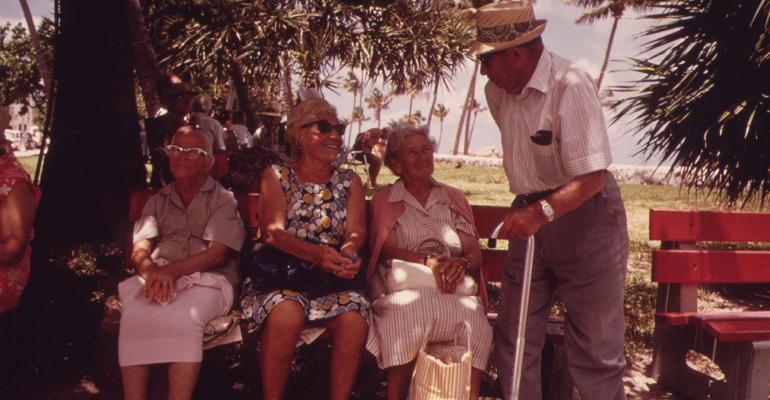 Many pension-saver clients are abandoning the formula -- particularly the 40% bond component.

(Bloomberg) -- Peter and Lynette Griffith had two-thirds of their retirement savings in shares during the 2008 financial crisis. By the time they stopped contributing to their pension fund last year, it was 100%.

Related: Is News of the 60/40 Portfolio’s Death Greatly Exaggerated?

The Griffiths are not alone. Mom-and-pop pension savers are ditching the formula that’s anchored retirement plans for more than half a century, joining the likes of JPMorgan Asset Management. The catalyst was the pandemic, which drove already low interest rates to rock-bottom, slashing the income investors received from bonds. At the same time, jumps in cryptocurrencies and meme stocks have drawn funds from some investors afraid of missing out on big potential gains.

For savers in the U.S. and Australia -- among the biggest DIY pension markets -- one of the key drivers for change came with the pandemic: the breakdown of the underlying principle of the 60/40 formula that bonds should cushion losses when stocks fall.

Related: Bonds Beat Stocks at Pension Funds, Turning 60/40 Inside Out

Since the dot-com bubble burst in the early 2000s, there has been mostly a negative correlation between equities and bonds. But at the height of pandemic jitters last March, the two were sold off at the same time. For the past three months, they’ve registered the strongest positive correlation this century.

It’s a bitter pill for those who followed the “balanced” mutual fund mantra that was gospel in the investment industry. Even though the 60/40 strategy has produced gains of 7% this year in the U.S., financial advisers say many pension-saver clients are abandoning the formula -- particularly the 40% bond component.

“The modern retiree can now expect to live a 30-year retirement and stocks have beaten bonds 98% of the time over this time frame,” said Sam Huszczo, founder of SGH Wealth Management in Lathrup Village, Michigan. “It is difficult to watch the stock market soar while 40% of your assets are simply inching along.”

Stocks are particularly popular in Australia, where nearly a quarter of the nation’s $2.4 trillion in pension assets are controlled by DIY savers. The Griffiths for instance point to favorable tax treatments on equity dividends along with capital gains as reasons for liking shares.

The value of cash, term deposits and debt securities have fallen 6% since June 2017 to around A$160 billion ($123 billion) in March, data from the Australian Taxation Office shows. Investments in overseas and Australian equities have risen 15% to about A$216 billion in the same period.

But switching to a heavily stocks-centric strategy could leave retail investors vulnerable. Low bond yields and expensive equity valuations typically signal lower returns in future years. And while stocks may have gained over the past three decades, the first five years of retirement are crucial for preserving capital -- a sudden slump could affect pensioners for the rest of their lives.

Markets are primed for the Federal Reserve to increase borrowing costs by April 2023 as the world recovers from the pandemic. In Australia, investors expect the central bank to announce a pullback from its massive stimulus program in July, and for rates to potentially rise in late 2022.

Others are sticking with the 60/40 strategy, which has delivered an annual loss only twice in the past 12 years.

“I wouldn’t think that it’s a good time to walk away” from an allocation that has “proven valuable over time,” said Todd Jablonski, chief investment officer for Principal Global Asset Allocation in Seattle. “There’s ways to enhance the 60/40 for retirees, or someone saving for this environment.”

One way is to shift components of the 40% portion to ensure retirees pocket a higher income. That could include increasing exposure to corporate bonds -- which often offer more protection than shares -- instead of traditional government debt.

Credit securities have gained 5.7% in the past year with an average yield of about 1.47%, more than double the 0.68% yield from Treasuries.

Josh Dalton, a financial adviser in Brisbane, suggests other alternatives that could be included in the mix, such as income-generating commercial property and infrastructure projects that are also less correlated to stocks.

“You have to look through the market hype and base your portfolio construction on your clients’ time horizon,” said Dalton, a director at Dalton Financial Planners.

For many, though, as the market heads into a less predicable, post-pandemic era, the best hedge may be to reconsider spending habits, or to pump more money into savings to reduce the risk of volatile returns as retirement approaches.

It’s about clients’ “goals and timelines,” said Chris Morcom, private client adviser at Hewison Private Wealth in Melbourne. “Sometimes that means not putting 40% into bonds in an ultra-low rates environment and creating a different wealth path.”

For the Griffiths, returning a chunk of their assets to bonds or cash is not high on the agenda.

“We drew down on our term deposits and we were finding better value elsewhere,” said Peter, whose investments now span dividend-paying shares to residential property. “It is a very tough environment.”