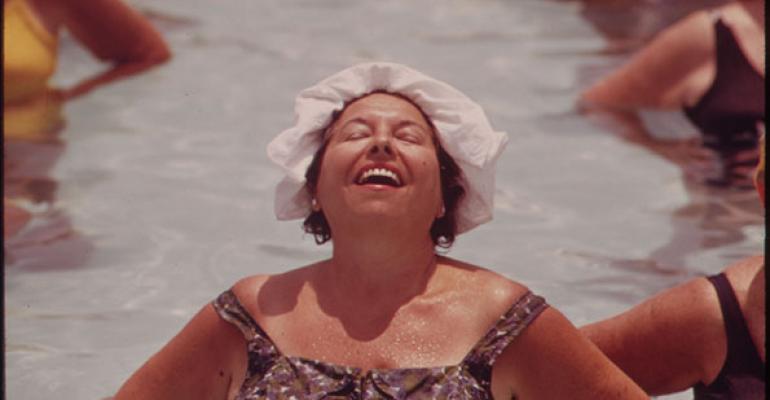 We don't have to cut benefits from their current levels. We just have to stop, or at least moderate, their growth.

(Bloomberg View) --Ronald Reagan once quipped that he didn’t worry about the budget deficit, because it was “big enough to take care of itself.” On that theory we should be relieved to learn that the Congressional Budget Office is projecting a deficit larger than $1 trillion in 2020.

Five eminent Democratic economists have offered one interpretation of this report, under the headline: “A debt crisis is coming. But don’t blame entitlements.” Their actual argument is a little more nuanced than that: They want a “balanced approach” to deficit reduction rather than one that relies entirely on cuts in future spending on Medicare, Medicaid and Social Security.

Much of their case is reasonable. But here I want to focus on one sentence of the Democrats’ argument: “These widely popular programs are indeed large and projected to grow as a share of the economy, not because of increased generosity of benefits but because of the aging of the population and the increase in economywide health costs.” It’s a comment that glides over an important point that is not well understood.

The truth is that the increased generosity of Social Security benefits is an important contributor to our projected debt. Congress has not kept passing legislation to expand those benefits. But the program automatically expands benefits over time.

That’s because the size of the initial Social Security check that a retiree draws is tied to wage levels, not prices. Because wages have usually grown faster than prices, today’s retirees get bigger checks than yesterday’s, even when you adjust for inflation. Tomorrow’s retirees will likely get bigger checks still.

A medium-wage worker who retires this year will receive an annual benefit of $20,222. His equivalent in 2040 is projected to get $27,948 in today’s dollars. That’s a 38 percent increase, although of course Social Security’s actuaries may be wrong about how much wage growth will take place between now and then.

An implication of that change is that over time Social Security would replace a smaller and smaller portion of the income people made during their working lives. A retiree’s Social Security check would also shrink as a percentage of the average income of a current worker. Again, that’s because the checks would stay roughly at the same level in constant dollars while wages rise. This fall in the replacement rate is often considered a drawback of shifting from a wage index to a price index.

If we want to keep the replacement rate from falling — if, that is, we want to maintain the current policy of letting Social Security benefits rise in real terms over time — we need to raise taxes in a broad-based way. We need, that is, to make middle-income workers pay more today in order to get higher benefits tomorrow.

A lot of people would probably prefer to keep the money up front, and save some of it themselves. That’s especially the case since a lot of people can expect to be in a better financial position in retirement than during their working lives.

The good news is that we don’t actually have to cut Social Security benefits from their current levels to make fiscal progress. We need only stop, or at least moderate, their growth. It would not by itself keep the national debt from rising. But it ought to be part of the solution.

Ramesh Ponnuru is a Bloomberg View columnist. He is a senior editor at National Review, visiting fellow at the American Enterprise Institute and contributor to CBS News.

To contact the author of this story: Ramesh Ponnuru at [email protected]