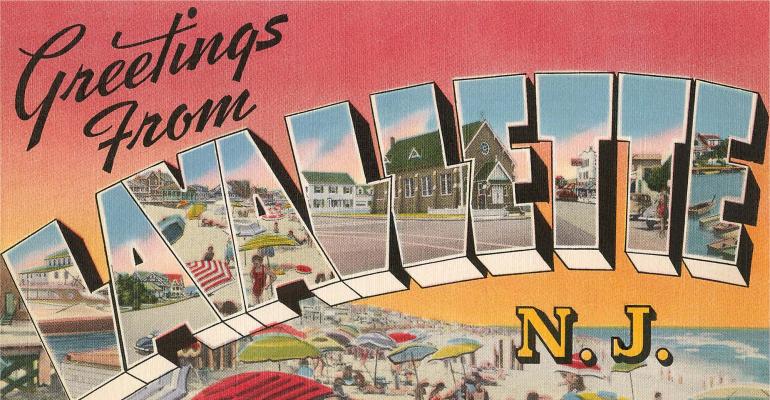 Lavallette in N.J. was more popular than destinations in Florida on the real estate app’s rankings, while South Lake Tahoe took the overall prize.

(Bloomberg) -- Warm weather, no state income taxes, palm-fringed beaches and condos have made Florida the quintessential U.S. retirement destination. But a little shore town in New Jersey seems to be taking some of its shine.

Lavallette, the Garden State borough where the typical home value is $874,325, topped the list of “retirement towns” that saw the most site traffic and buyer demand this year on Zillow, the popular real estate app. Among all locations in the U.S., South Lake Tahoe in California was No. 1 in Zillow’s rankings of the most popular American cities.

In a year when the housing market boomed thanks to myriad factors such as low interest rates, pandemic-driven remote work and supply shortages, millions have searched — or “surfed” — properties on Zillow’s site. Some are seeking an escape from reality, while others are looking to ride the speculative real estate wave that's driving prices for both purchasing and renting homes through the roof.

Zillow used metrics like page-view traffic, housing inventory and price appreciation to determine the rankings. Among the places where at least 33% of residents are older than the age of 65 and have no children in the home, Lavallette beat out any town in Florida as the most desired spot for retirees. Florida still boasted seven of the top 10 retirement towns, including places like Dunedin and St. Pete Beach.

Three California cities ranked highest for most popular place overall. With its large freshwater lake and relative proximity to the Bay Area, South Lake Tahoe was the winner, with houses in the area garnering an average of 5,469 page views per listing. The typical home there is valued at $692,792. With many tech firms in the Bay Area allowing employees to work remotely in the wake of the pandemic, the towns surrounding the lake straddling California and Nevada are attracting people from San Francisco and Silicon Valley.

Celebrity meccas Calabasas and Malibu — home to the likes of the Kardashians and Barbra Streisand — ranked second and third in Zillow’s overall ranking.

In another surprising twist, the most searched “beach town” in Zillow’s ranking was Newport, Oregon, situated along the state’s central coast. With only 10,000 people, the location is known for its mild summers and wet, cold winters.

Big Bear Lake, California, near the San Bernardino National Forest, was the most popular vacation town. Places with the largest number of vacation homes are seeing more interest on Zillow and higher pending-sales growth than others, according to Zillow’s report.

For those looking for a youthful spirit, Tempe, Arizona, ranked as the most popular college town. The home of Arizona State University has one of the largest student populations among all the cities Zillow considered.

--With assistance from Pierre Paulden.