/sites/all/themes/penton_subtheme_wealthmanagement/images/logos/footer.png
Recent
Recent
10 Must Reads for the CRE Industry (March 4, 2021)
Mar 03, 2021
New York Warns Hedge Funds: Pay Taxes ‘Like Everybody Else’
Mar 03, 2021
Opendoor Moves Beyond Home-Flipping in Move to Back Cash Buyers
Mar 03, 2021
Four Keys to Better Client Communication
Mar 03, 2021
10 U.S. Counties at Greatest Risk of SFR Loan Defaults
Mar 03, 2021
Featured
Poll: 15 Classic Books on Investing and the Markets
Apr 03, 2020
Fifteen Must-Listen Business Podcasts for Advisors
Aug 14, 2020
FICO Updates and Their Impact on Credit Scores
May 06, 2020
The Top Colleges for Financial Planning
Oct 03, 2019
The Daily Brief
brought to you by 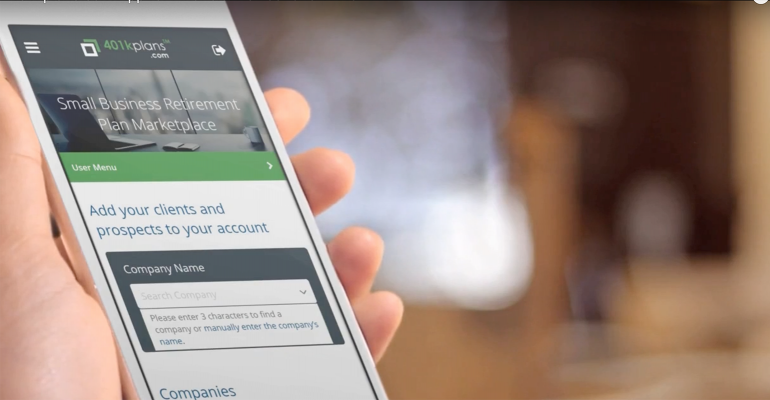 A recent study by J.D. Power found that unless 401(k) plan providers improve customer satisfaction quickly, they may end up losing large numbers of clients.

J.D. Power’s recent “2020 U.S. Retirement Plan Participant Satisfaction Study,” warns that despite facing a huge anticipated spike in roll-ins and rollovers over the next few weeks and months, plan providers are not doing enough to keep their customers happy.

“It’s impossible to overstate the financial implications for firms that get the participant satisfaction formula right during this make-or-break moment,” said Mike Foy, senior director of wealth management intelligence at J.D. Power. “Historically, some plan providers have been focused only on the plan sponsor and, while that is changing somewhat, firms need to be laser focused on participants as well.”

The study, conducted in February and March based on a survey of 10,159 retirement plans, found that plan providers need to better inform their participants about what professional financial advice they offer, and they need to contact their customers more often and provide more personalized service, preferably via mobile apps.

For instance, despite the fact many providers offer professional financial advice to their clients, only 27% of respondents took advantage of it. Another 29% didn’t know it existed or was even an option.

About a quarter of customers also said they hadn’t been contacted once by their provider over the prior 12 months, which is problematic because research shows that the more a provider communicates with a participant, the greater client satisfaction. Yet only 15% of participants of plan participants said they had gotten a personal message on their plan’s mobile app.

Further, over half of respondents who are “delighted” with their provider said they would “definitely” keep their money in their existing plans, but among those who characterized themselves as “indifferent,” only 12% said they would stick around and 93% of “dissatisfied” customers said they would bolt.

Bank of America and Charles Schwab led the pack among large and medium plan providers, while Fidelity ranked first among smaller plans. The study was J.D. Power’s third of retirement plan participants.