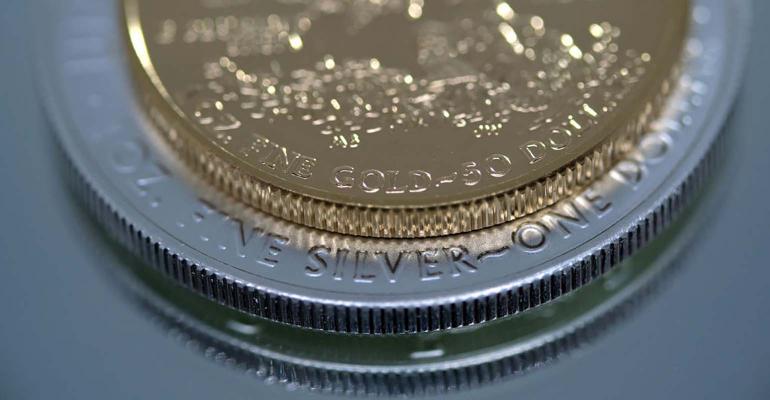 Perhaps you’ve seen those advertisements—the commercials that suggest people can invest their retirement savings from an individual retirement account or 401(k) in the form of gold, silver and other precious metals.  Not just that, but individuals can store their investments at home or in a safe deposit box – all in an effort to take advantage of increasing metal prices and to hedge against inflation, a stock market collapse and, even more worrisome, a watchful government eye.

A reasonable person might see these advertisements and the guidebooks they promote as a marketing scheme and not professional investment advice.  But even reasonable people can make mistakes – especially when each advertisement is crafted specifically to play with the viewer’s emotions.  As Andrew and Donna McNulty recently learned from the U.S. Tax Court, those mistakes have dire tax implications.

In McNulty v. Commissioner, 157 T.C. No. 10 (Nov. 18, 2021), the McNultys decided to establish a self-directed IRA and invest the IRA assets in gold and silver American Eagle coins.  Donna hired a third-party company, Check Book LLC (Check Book), that advertised the ability to own such American Eagle coins at home without tax consequence or penalties.  To do so, Check Book instructed Donna to form a limited liability company (LLC) of which she was the manager (Green Hill LLC).  She would then go on to create a self-directed IRA at Kingdom Trust Company (KTC), which she funded with over $400,000 of assets from an IRA and an employer-sponsored 401(k).  At Donna’s instruction during tax years 2015 and 2016, KTC wired IRA funds to an account in the name of Green Hill LLC in exchange for membership interests in Green Hill LLC, which the self-directed IRA would own.  As manager of Green Hill LLC and in conjunction with each transfer from KTC Company, Donna  used nearly all of the funds wired to the account to purchase gold and silver coins from Miles Franklin Ltd., an authorized coin dealer.  Miles Franklin Ltd. shipped coins directly to Donna at her residence, and she stored the coins in a safe at the home.

Each year, KTC required Donna to provide a year-end valuation of her IRA assets, which KTC would then report to the Internal Revenue Service.  On the valuations for 2015 and 2016, Donna identified herself as the owner of the IRA assets.  Both valuations also had accounting errors.  In 2015, Donna didn’t account for the value of the residual cash left in Green Hill LLC’s bank account.  In 2016, she didn’t account for the value of the silver coins in her safe.  KTC relied only on the values that Donna provided.  It had no role in the management of Green Hill LLC, the purchase of the coins or the administration of the IRA assets.

For tax years 2015 and 2016, the McNultys hired a CPA to produce and file their income tax returns.  At no point did they seek or receive advice from their CPA about the IRA transaction, nor did they disclose that they stored the American Eagle coins at their home.  On audit of the McNultys’ returns, the IRS issued notices of deficiency, determining that Donna received a taxable distribution from her IRA that she failed to report.  The auditor also determined the McNultys would be liable for accuracy-related penalties.

The Tax Court acknowledged the ability of taxpayers to create IRAs and direct the custodian to make certain investments on each owner’s behalf.  Aptly named “self-directed IRAs,” the assets can be used in a variety of ways, including the investment in single-member LLCs, without forfeiting the tax benefits of an IRA.

But at what point does the taxpayer exercise too much control and lose the benefits of an IRA?  There must be a limitation, as total and personal control over IRA assets would go against the very nature of an IRA.

The Tax Court noted that a basic axiom of tax law is that taxpayers have income when they exercise complete dominion over an asset.  When assets are subject to a taxpayer’s unfettered command and they’re free to enjoy them as they see fit, the taxpayer is deemed to have constructively received such assets.

To prevent the recognition of income, an IRA is required to have a qualified custodian or trustee responsible for the management and disposition of the IRA’s property.  Such fiduciary is required to maintain custody of IRA assets, maintain records and process transactions that involve IRA assets.  This independent oversight is intended to encourage retirement savings and protect those savings for retirement.

As for Donna, her physical possession of IRA assets as the IRA’s owner resulted in a taxable distribution, irrespective of her status as Green Hill LLC’s manager or Green Hill LLC’s ownership of the assets.  When IRA assets are under the personal control of the IRA’s owner, there’s no independent oversight that could prevent the owner from invading their retirement funds.   Donna didn’t need to actually spend the IRA assets to recognize the income – the simple fact that there weren’t limitations or restrictions on her use of the coins resulted in a taxable distribution to Donna when she personally received them.

Holding any other way, the Tax Court noted, would go against the very nature of an IRA and would create a situation ripe for abuse.

Into the Weeds of the IRC

Donna made a last-ditch attempt to argue the text of the IRC permits her to personally hold gold and silver coins and retain the tax deferral offered by her IRA.  Specifically, while Internal Revenue Code Section 408(m)(3) prohibits IRAs from investing in collectibles, there are exceptions to the term “collectibles,” including gold and silver coins, and gold, silver, platinum or palladium bullion “if such bullion is in the physical possession of a trustee. . . .”  Donna, focusing on the quoted language from the IRC, argued that the IRC specifically required only bullion to be held by a trustee – not gold and silver coins.

The Tax Court quickly swatted down this argument.  It said the text of IRC Section 408(m) deals only with the definition of the term “collectibles” – it doesn’t negate the fiduciary or custodial requirements existing in Section 408(a) that are so fundamental to the retirement savings scheme.  In addition, there was no evidence of legislative intent on the record to discontinue the fiduciary requirements applicable to IRAs when they invest in coins or bullion.  The text can’t be read to create an exception to the rule that when an IRA owner takes possession of IRA assets, they receive a taxable distribution.

Due to the sizeable understatement of income in the taxable years in question, the IRS argued additional accuracy-related penalties should be imposed under IRC Sections 6662 (a) and (b)(2).

As the Tax Court noted, accuracy-related penalties won’t apply to any portion of an underpayment when taxpayers can establish they acted with reasonable cause and in good faith with respect to that portion.  If the case is of first impression and the position taken was reasonably debatable or if the statute wasn’t entirely clear, the penalties won’t apply so long as the taxpayer made a reasonable attempt to comply with the tax law.  Reasonable reliance on professional advice may also constitute reasonable cause to support no additional penalties.

The Tax Court struggled to find that reliance on Check Book’s marketing materials constituted professional advice.  “A reasonable person,” the court said, “would recognize the advertisement as purely marketing in nature and would understand the difference between professional advice and the sale of products and services.” Not only this, but the fact that the McNultys failed to disclose the transaction to their CPA showed a lack of good faith in their tax reporting.

On that basis, the Tax Court upheld the additional accuracy-related penalties.

Implications for the Unwary

We’re living in a time with unprecedented levels of uncertainty. For some, it’s meant being glued to their televisions or social media, digesting news and information at all hours of the day, just to stay informed. Schemers have used these emotional times to their advantage. When between each anxiety-producing update comes an advertisement for a problem-solving product, the emotional response comes before the logical one. Playing on the same fear that causes people to stuff money under a mattress, promoters have convinced many in society to hold precious metal coins at home. For most who fall victim to the scheme, the only way to do so is by liquidating their retirement accounts. Unfortunately for the McNultys and many other families, the schemers have found a gold mine, and the IRA owners have been left holding the bag.