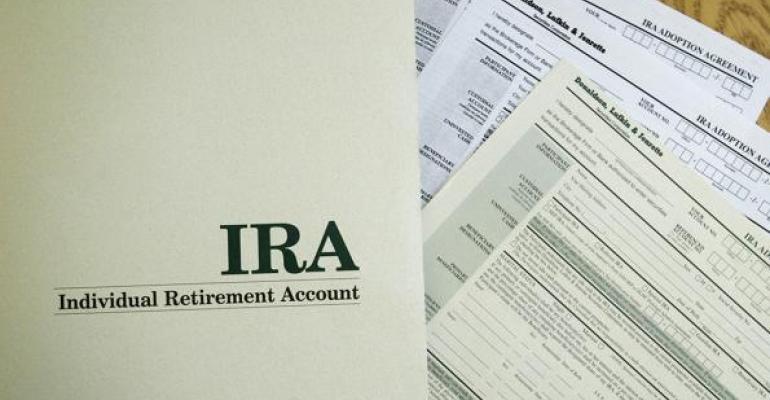 An individual retirement account distribution may generally be rolled over to another IRA within 60 days. The IRS has released a set of four private letter rulings granting extensions of the 60-day IRA rollover period. In three of these rulings, an investment fund misrepresented it was an IRA custodian. In the fourth ruling, an IRA trustee that was qualified discontinued IRA trust services without informing an IRA owner.

Funds Not Qualified to Act as IRA Custodian

Some time later, the capital management company requested Fund C to provide IRA information. The PLR then states, “Discussions ensued, which led to the discovery” that Fund C wasn’t an acting IRA custodian.

To its credit, the errant company provided a letter to the IRA owner admitting its mistake. The letter also “stated the IRA investors had no way of knowing their accounts were not maintained by a qualified IRA custodian and have obtained a commitment from a trust company to serve as a custodian.” The subscription agreement was accordingly revised, and other investors were notified. Based on that letter and on taxpayer representations that the funds weren’t used for any other purpose, the IRS granted the taxpayer an extension of time to complete an IRA rollover.

Apparently, the trustee-to-trustee transfer didn’t help because the receiving fund wasn’t an IRA. But, the PLR doesn’t explain why the investment in Fund C couldn’t be characterized merely as an investment of the taxpayer’s IRA, because the investment was made by direct transfer from the IRA.

In PLR 201617017 (released April 22, 2016), a taxpayer received a distribution from each of two Roth IRAs. The combined proceeds of those distributions were invested through the same capital management company in the same fund under circumstances that appear to be identical to PLRs 201617014 and 201617015. But, contrary to PLRs 201617014 and 201617015, no direct transfer was made. This taxpayer was, for the same reasons, granted an extension of time to complete an IRA rollover.

In PLR 201617018 (released April 22, 2016), the trustee of an IRA maintained by a trust company resigned as trustee of all IRAs it held, without notifying the IRA owner who applied for this PLR.

In each of these four PLRs, relief was granted based on the authority of Internal Revenue Code Section 408(d)(3)(l). The Secretary of the Treasury may waive the 60-day requirement under Sections 408(d)(3)(A) and 408(d)(3)(D) when the failure to waive such requirement would be against equity or good conscience, including casualty, disaster or other events beyond the reasonable control of the individual IRA owner who’s subject to the 60-day rollover requirement. In each of these PLRs, the IRS waived the 60-day requirement due to events beyond the reasonable control of the individual for whose benefit the IRA was set up and maintained.