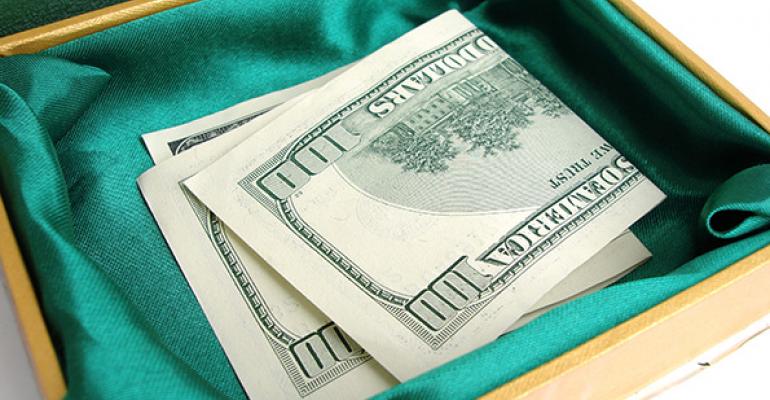 In year-end legislation, the Consolidated Appropriations Act of 2016 finally made permanent qualified charitable distributions (QCDs) from individual retirement accounts.1  Some IRA owners  made QCDs earlier this year, anticipating QCDs made on or after Jan. 1, 2015 would be recognized for federal income tax purposes.  That bet turned out to be a winner.

Because QCDs are finally permanent, now’s a good time to review the rules.

Importantly, QCDs automatically satisfy required minimum distributions (RMDs) for the year when the QCD is made. That’s a real advantage for a charitably minded IRA owner who doesn’t need RMDs to live on.

Only individuals who’ve attained age 70 ½ may make QCDs. For example, virtuoso violinist and conductor Itzhak Perlman attains age 70 ½ on Feb. 6, 2016. A direct transfer from his IRA to the New York Philharmonic before Feb. 6, 2016 wouldn’t have harmonized with QCD requirements.

The charitable donee must be an organization that qualifies for a charitable income tax deduction of an individual, other than any donor-advised fund or account described in section 4966(d)(2), or any supporting organization described in Internal Revenue Code Section 509(a)(3).

The charity that receives the donation must provide the same contribution acknowledgment needed to claim a charitable income tax deduction. Failure to obtain the acknowledgment will quash the QCD.

QCDs may be made from any IRA or individual retirement annuity, but not from a simplified employee pension, a simple retirement account or  an inherited IRA.

To make a contribution, contact the intended charity to determine the exact payee name for the check. Then, using that name, instruct your IRA trustee or custodian to make a transfer from the IRA directly to charity. Many trustees and custodians already have forms and procedures in place to make this transfer. It won’t qualify if the trustee or custodian makes the mistake of putting IRA money in a non-IRA account of yours as an intermediate step. It won’t qualify if the check is made out to you. The law doesn’t provide a way to correct mistakes. The Internal Revenue Service has said that a check from an IRA may be made payable to a charitable organization described in section 408(d)(8) and delivered by the IRA owner to the charitable organization.2

Be sure to obtain a letter of acknowledgment from the charity.

More Than One IRA

Let’s say Maestro Perlman has two IRAs: IRA A and IRA B-flat. Each IRA is worth $100,000. Each IRA holds $80,000 of pre-tax funds that will be taxable upon distribution and after-tax funds, or basis, of $20,000. Perlman causes all of IRA A to be transferred to the New York Philharmonic. Is IRA B-flat affected in any way?  It turns out that it is.

Here’s why. A QCD can only consist of deferred taxable income residing in an IRA. Because the goal is to avoid income recognition resulting from an IRA distribution, there’s no need to confer QCD status on what would otherwise constitute a tax-free IRA distribution. Fortunately, the QCD rules provide that Perlman’s IRAs are aggregated to determine how much deferred taxable income is treated as passing to charity.3 The amount of the transfer is deemed to consist of deferred taxable income, potentially from all IRAs. But, helpfully, there’s an ordering rule. The QCD comes first from the contributing IRA (in this case, IRA A), then from any other IRAs (in this case, IRA B-flat). Only after the charitable transfer exceeds the sum of deferred income in both IRAs is there a transfer of funds having income tax basis.