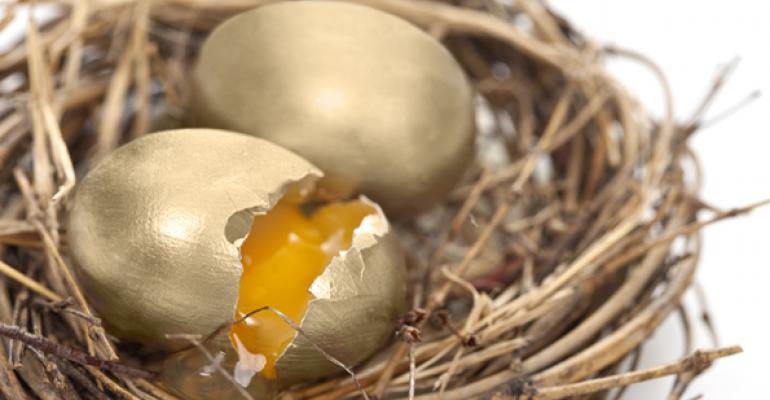 If it’s not myRA, say good-byRA

Bankruptcy courts across the nation have typically held that inherited individual retirement accounts may be excluded from a beneficiary-debtor’s bankruptcy estate and, thereby, protected from creditors under the bankruptcy code’s exemption for certain retirement funds.  However, a circuit split developed over this issue last year between the Federal Courts of Appeals, with the U.S. Court of Appeals for the Fifth Circuit allowing debtors to exclude inherited IRAs and the Seventh Circuit holding that they couldn’t do so.1 The U.S. Supreme Court weighed in to resolve the conflict in a unanimous opinion written by Justice Sotomayor on June 12, 2014, in Clark v. Rameker, Case No. 13-299, 2014 U.S. LEXIS 4166.  The court held that funds held in inherited IRAs aren’t “retirement funds” under the Bankruptcy Code and are therefore not entitled to exemption from a debtor’s bankruptcy estate.

When an individual (a debtor) files for bankruptcy, her property interests, whether legal or equitable, become part of the bankruptcy estate.  The fundamental goal of the process is to allow the debtor to liquidate her assets and transfer them to the bankruptcy estate, consolidate and prioritize all creditors’ claims to be paid from the estate and ultimately give the debtor a fresh start when discharged.  To give the debtor a chance to obtain a fresh start and not be destitute coming out of bankruptcy, the law allows individual debtors to exempt certain categories of assets from the bankruptcy estate – including certain property interests of the debtor either as a tenant by the entirety or held in joint tenancy (the debtor’s home) and tax-exempt retirement funds.2 What this means is that the debtor can go through bankruptcy and have her debts discharged but still keep a roof over her head and other exempted assets so that she isn’t starting over with nothing to her name.

Types of IRAs and How They Work

Throughout her lifetime, an individual looking to effectively save for retirement can contribute to either a traditional IRA or a Roth IRA.  To encourage saving for retirement, the Internal Revenue Code makes qualified contributions to traditional IRAs tax-deductible and qualified distributions from Roth IRAs tax-free.3 To ensure that IRAs aren’t merely used as ordinary savings accounts with extraordinary tax benefits, the IRC penalizes withdrawals taken before the accountholder turns 59½.

In re Clark – En Route to the Supreme Court

Ruth Heffron owned a traditional IRA, which passed to her daughter Heidi, the sole designated beneficiary, when Ruth died in 2001.  The account became an inherited IRA when it passed to Heidi, and she and her husband elected to take minimum distributions from the account going forward.

In 2010, the Clarks filed for bankruptcy in the Western District of Wisconsin.  They sought to exclude the inherited IRA, then valued at $293,338, from the bankruptcy estate as “retirement funds” under the exemptions in the Bankruptcy Code.  However, the bankruptcy judge - Judge Martin – wasn’t persuaded by the Clarks’ characterization of the inherited IRA given that they weren’t saving the funds for the purpose of providing for anyone’s retirement.  Judge Martin’s ruling marked only the second time in history that a court had reached that result. The Bankruptcy Court’s opinion in Clark was reversed by the District Court in the Western District of Wisconsin, then brought back to life by the Seventh Circuit, and ultimately made its way to the U.S.  Supreme Court to settle the circuit split created by the Seventh Circuit’s opinion, which clashed with the Fifth Circuit’s ruling in In re Chilton, the only other appellate decision on point.

The Supreme Court agreed with the analyses of Judge Martin and the Seventh Circuit and held that the text and purpose of the Bankruptcy Code make clear that the funds held in an inherited IRA aren’t “retirement funds” within the meaning of the bankruptcy exemption.  Because the Bankruptcy Code doesn’t define “retirement funds,” the Supreme Court looked to what it determined is the ordinary meaning of that term: sums of money set aside for the day an individual stops working.

The Supreme Court opined that the determination as to whether an IRA account falls within this meaning must be determined purely on the legal characteristics of the account and whether, objectively, it’s a fund set aside for the day when an individual stops working.  The analysis shouldn’t involve any sort of fact-intensive determination regarding whether a particular debtor plans to save the funds in question for her own retirement.  The inquiry is purely objective.

Focusing on the differences between traditional or Roth IRAs and an inherited IRA as discussed above, the Supreme Court concluded that inherited IRA accounts are objectively not funds set aside for the day when an individual stops working. The fact that a beneficiary can never contribute additional funds to the account doesn’t square with the notion that the fund is money the beneficiary is putting aside for her retirement.  Traditional and Roth IRAs exist to give people tax incentives for contributing to their retirement savings, but in the case of inherited IRAs, that purpose is specifically prohibited.  Similarly, the fact that beneficiaries of an inherited IRA are required to withdraw money from the account regardless of their age or how far they may be from retirement is essentially the antithesis of incentivizing them to save the fund for retirement.  Finally, the fact that the beneficiary of an inherited IRA is allowed to withdraw the entire balance of the account without penalty, whenever she wants, no matter what her age, in no way encourages her to instead save it for the future.

In essence, other than income tax due on distributions from a traditional IRA, there’s little difference between an inherited IRA, especially a Roth IRA, and cash.  As described by the Seventh Circuit and quoted by the Supreme Court, these funds constitute “a pot of money that can be freely used for current consumption” – basically the opposite of funds set aside for one’s retirement.

The Supreme Court acknowledged the basic purpose behind bankruptcy exemptions and discussed the careful balancing of the interests of debtors and creditors under the Bankruptcy Code.   The exemptions are meant to protect a debtor’s essential needs so that she can successfully “start fresh” after being discharged from bankruptcy, and the court recognized that exempting traditional and Roth IRAs fits within this goal by helping to ensure that a debtor’s needs will be protected down the road when she eventually retires.  The penalties for taking early withdrawal from these accounts help to ensure that a debtor won’t cash them out and use the intended retirement funds like cash right after being discharged from bankruptcy.

On the other hand, inherited IRAs offer no such assurance – there would be nothing to stop a debtor from going through bankruptcy, having her debts cleared and then cashing out her inherited IRA the very next day and using the funds to splurge on some extravagant purpose having nothing to do with her basic needs.  The Supreme Court recognized that to allow such a result would frustrate the entire purpose behind the Bankruptcy Code and would convert the intended “fresh start” into a “free pass.”  Nor was the Supreme Court persuaded by the possibility that not all debtors would cash out their inherited accounts in this manner or that some might use their inherited IRA like a retirement account and diligently save as much of it as possible, given that the same could be said for an ordinary checking account.

Estate planners assisting clients with providing for individuals other than the client’s spouse should now think twice before designating those individuals as beneficiaries of a client’s IRA, especially if the client has serious concerns about the individual’s future financial stability.

One alternative might be to establish a spendthrift trust for the individual’s benefit and name the trust as the beneficiary of the IRA.  Although the tax consequences of doing so might be considerably less favorable, losing the entire fund to creditors, if that’s a legitimate risk, is likely harder to stomach.