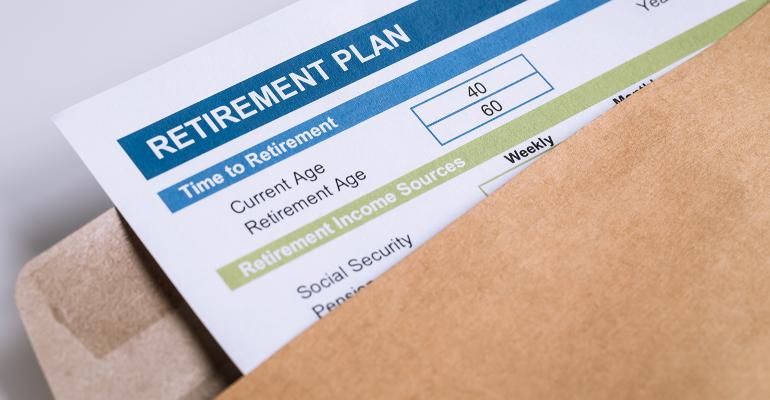 Account balance and age are factors that determine participants' behavior.

Most 401(k) plans experience turnover in their active participants’ roster as employees leave or retire. The plan’s treatment of those ex-employees’ accounts is typically a factor of the accounts’ size. According to Vanguard’s “How America Saves 2018” report, participants with balances over $5,000 usually have the option to leave their savings in the plan. For smaller amounts, 80% of all plans in the report automatically cash out balances below $1,000 and roll over balances between $1,000 and $5,000 to an IRA.

Anecdotally, as recently as a decade ago it seemed most plans were eager to remove former employees from the plan to reduce administrative workload and costs. Attitudes toward keeping ex-employees in a company’s 401(k) are changing, however. The changes result partly from technology advances, according to Jean Young, a senior research associate with Vanguard. “If you go back 10 years, 15 years, 20 years, it was much more a paper-form situation, whereas today the technological advances are such that it’s all automated, it’s all integrated, and there’s no additional work or burden on the part of the plan sponsor,” she observes. “They’re not approving termination distributions. They’re not approving paperwork. So, because the integration of the data between the plan sponsor and the record-keeper is much more robust today, that is supporting the idea that all else equal, this is really for many individuals a good place to be after retirement.”

As Young notes, employers often believe their plan is an attractive option for ex-employees. Institutional plans typically offer a broadly diversified range of investment options, including target date funds, and their costs can be significantly lower than those retail IRA investors incur. A plan’s size also influences its costs, and savings from the larger scale can help offset the added expense of retaining accounts.

Account balance and a participant’s age are two factors that influence participants’ decisions on handling funds upon termination. Katie Taylor, vice president of thought leadership with Fidelity, reports in 2018 roughly 1 million participants terminated their participation in plans for which Fidelity served as record-keeper. At the end of the termination year, 40% of those ex-employees had left their assets in the plan, 23% rolled them over to an IRA, and 36% cashed out. “If you dig in to those numbers a little bit more, you do see that some of the things that you might expect happening are happening,” she says. “For example, people who have a lower account balance are more likely to cash out. If they’re younger and make less money, they’re more likely to cash out.”

Vanguard’s research points to similar behavior. The How America Saves study cites results going back to 2008 for participants’ actions in the first year after their termination date. The percentage of those remaining in the plan has been in the 48% to 51% range from 2008 to 2017. The percentage of assets left in the plan has averaged about 55% over the same decade, with 2017 coming in at 61%. But another Vanguard 2015 report, “Retirement Distributions Among DC Participants,” revealed an interesting pattern among retirement-age participants. Five calendar years after the termination year, only about one-fifth of participants and one-fifth of their assets were still in the plan. The study notes: “In other words, most retirement-age participants and their plan assets leave the employer-sponsored qualified plan system over time. This termination behavior seems linked to plan rules that inhibit ad hoc or flexible withdrawals from DC plans.”

A key selling point for rolling over 401(k) balances to an IRA is the increased control and flexibility with distributions an IRA can provide. That desire for flexibility is reflected in participants’ decisions, says Young. Vanguard’s research has found that when plans permit flexible, ad hoc distribution options for terminated participants, the retention rate of participants and assets is 50% higher than with inflexible plans. That finding makes intuitive sense: Why would a retiree stay with a company’s plan if access to funds is limited to either installment payments or a full distribution versus an IRA’s much greater flexibility?