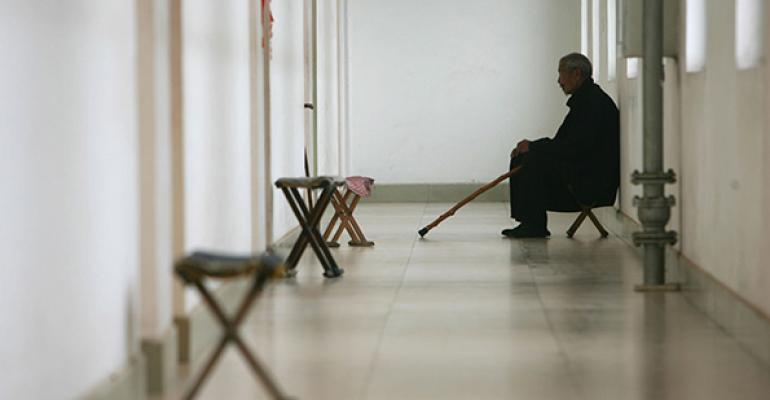 How Much to Save for Health Care in Retirement

Young or old, it’s crucial to plan for steep medical expenses ahead. What you need to know.

(Bloomberg) --One of the hardest expenses to plan for in retirement could be the biggest: health care. It will pay to err on the high side.

U.S. retiree health-care costs are likely to increase at an average annual rate of 5.5 percent over the next decade. That's nearly triple the 1.9 percent average annual inflation rate in the U.S. from 2012 to 2016 and more than double the projected cost-of-living adjustment (COLA) on Social Security benefits.

With even those benefits on shaky ground, an American 10 years from retirement needs to prepare for this financial tumult. Two or three decades from retirement? All the more.

The source of these numbers is a sobering report on retiree health-care costs from HealthView Services, which makes retirement health-care cost projection software. Financial advisers use the software, which includes cost data from more than 70 million annual health-care cases, to develop estimates for clients. The estimates aren’t pretty, but they are a helpful reality check—and a powerful motivator to take better care of yourself, physically and financially, especially with changes to Obamacare in the offing.

In Congress, Senate Republicans are pushing for a vote on repealing and replacing the Affordable Care Act before the Fourth of July holiday recess. GOP efforts so far have pointed to drastic cuts in the number of insured Americans and steep costs for older and sicker people. Whatever emerges from Capitol Hill, and even if Obamacare remains in place, the report's main point is that health-care inflation, compounding over time, is a critical factor to plan for.

The best way to grasp that point is to look at a few of the study's projected growth rates for some of the bigger regular costs in retirement—the premiums on supplemental insurance, also known as Medigap, that many people buy to cover costs that Medicare doesn't, such as co-payments; on Medicare Part B, which covers payments for doctors, tests, and other medical services; and on Part D, prescription drug coverage. Here's how your Social Security benefits are likely to stack up against some of those costs. There's more. HealthView predicts a long-term inflation rate of 5 percent in retiree out-of-pocket costs for dental, hearing, and vision services, a 3.7 percent rate for prescription drugs, 3.4 percent for doctors visits and tests, and 3 percent for hospitals. The average U.S. inflation rate over the past 20 years is approximately 2.7 percent.

Ready for the scenarios?

For a healthy 65-year-old couple retiring this year with a future adjusted gross annual income of less than $170,000 after adding in any tax-exempt income, projected lifetime health-care premiums add up to $321,994 in today's dollars.

Take a moment to appreciate that figure. It includes premium payments for Medicare Parts B and D, supplemental insurance premiums, and dental premiums. (The supplemental premium figure used is a national average, and premiums can vary greatly from state to state.)

Sadly, and shockingly, that doesn't reflect the full range of likely expenses. Add in deductibles, co-pays, and costs for hearing, vision, and dental care, and the total rises to $404,253 in today's dollars.

Remember, the couple in this scenario is drawing less than $170,000 a year, with a variety of expenses besides health care to cover. They could be drawing $150,000. Or $50,000. And while they are working, many Americans in group insurance plans are paying only 25 percent of the premium cost, the report notes. Once they retire, that cost, no longer at a discounted group rate, is theirs alone.

How will we pay for all this?

For many of us, our Social Security checks, if the program is around and benefits remain the same—a big if—will flow right to our health-care providers and drug companies. Take a 66-year-old couple retiring this year. They'll see 59 percent of their lifetime Social Security benefits eaten up by retirement health-care costs, according to HealthView. (Coincidentally, that's the same percentage the couple is dedicating to health-care expenses at 80.)

We're assuming that 66-year-old couple gets the national monthly average in Social Security benefits for a couple in 2017, which is $2,268 a month, or $27,216 a year. On average, Medicare premiums will eat up 40 percent of the couple's Social Security checks at age 70 and 76 percent of them by age 87.

The average life expectancy for a healthy 65-year-old man is 87.

For women it's 89, which makes planning for health-care costs later in life particularly crucial. Given those two additional years of life, and that a married woman's husband is, according to the 2014 Current Population Survey, 2.3 years older, on average, she could need to cover four years of expenses alone after her husband dies. The difference in costs in the table below, fueled largely by cost inflation compounding over those extra years of covering health-care costs, shows how expensive the last few years of life can be.

The only real control Americans can exert over their health-care costs is to work hard at staying in good health. Obviously cancer and a host of other diseases can ruin the best of plans. But one scenario in the report shows the financial impact of taking better care of a condition such as type II diabetes. About 26 percent of the U.S. population over 65 has the disease, according to the Centers for Disease Control and Prevention, and it shortens life expectancy by a decade.

A 50-year-old diabetic who goes from managing his care poorly to working harder at it can substantially increase his savings and life expectancy. Hewing strictly to doctor's orders could add eight years of life and save him an annual average of $5,000 in out-of-pocket payments leading up to a retirement at 65.

Say he put that money away in a defined-contribution retirement plan—another big if, since many Americans don't have access to such plans. In an account earning an average of 6 percent, with a 50 percent employer match on the contribution, he would have more than $120,000 by age 65. That's another $14,000 a year to live on, if he lives until 80.

Starting to save early, and to have savings deducted from paychecks automatically, makes it far easier to accumulate the dollars needed to cover these costs. That's why participating in any workplace savings plan is crucial, and why you should try to increase the savings deducted from your salary by 1 percentage point a year, if possible, to capture all of any company match and move steadily closer to saving 15 percent to 20 percent of your income a year.

In a perfect world, your retirement savings would be for travel and recreation, not brute survival. But part of effective retirement planning is working through all kinds of scary scenarios, hoping for the best but ready for anything.