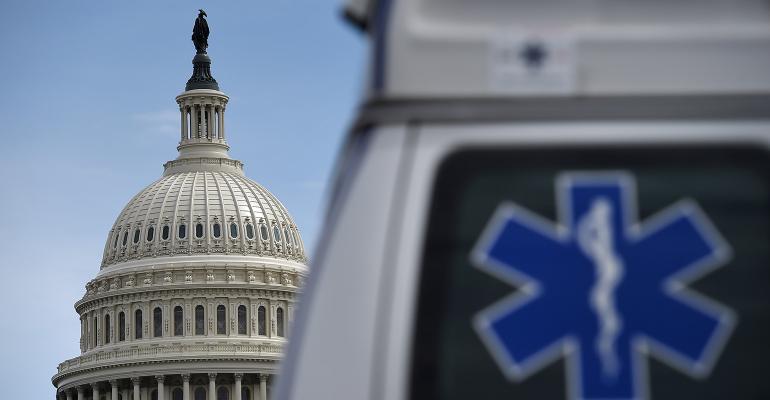 There has been significant interest among smaller and mid-size plans in reducing or suspending matching contributions due to the coronavirus pandemic's economic impacts.

It’s still early in terms of measuring plans’ responses, but in mid-April Fidelity polled 914 attendees at a plan sponsor webinar on their responses to the CARES provisions. The results showed a range of actions:

Dave Stinnett, head of Vanguard’s strategic retirement consulting group, also reports widespread adoption of the act’s optional provisions. “Plans overwhelmingly chose to implement the special COVID-19 withdrawal provision that was permitted—I would say about 99% of our clients who made an election there chose to implement that,” he says. “And, with the loan provision, it was still a majority but it was somewhat less. I think our latest figure was 67% chose to elect the loan provision.”

Although many businesses suffered significant revenue drops during the lockdowns, Stinnett says Vanguard’s plan clients generally did not express interest in reducing or suspending their contribution matches. Sponsors instead were more focused on understanding the act’s provisions, their election options and how Vanguard could communicate plan changes to participants. “And, then, the last part was of course they were very interested in tracking participant behavior,” he added.

The Fidelity poll also asked about plans to reduce or suspend the company match to participants’ contributions. Most sponsors were sticking with their current programs. Only 29% were considering a match suspension or reduction; 8% had already taken one of those steps.

However, some plan advisors shared different impressions and opinions. Among their clients, mostly smaller and midsize plans, there was considerable interest in reducing or suspending matching contributions, at least for the short term, to be followed by a reassessment when normal business conditions resumed.

That observation lines up with an emailed comment from Katie Taylor, vice president with Fidelity Investments. She noted that among the poll respondents who reported reductions or suspensions, 55% said they have active plans to reinstate the match in the future. “The only real common theme we've seen among these companies is that they are in industries that have been negatively impacted in some way by the pandemic and the resulting financial crisis,” she added.

Doug Chittenden, executive vice president and head of institutional relationships at TIAA, contrasted the current environment with 2008. “Unlike the 2008 financial crisis, which had a greater impact on smaller institutions, the current crisis is impacting institutions across the spectrum,” he responded via email. “Currently, some large institutions have reduced or eliminated contributions for the next fiscal year. The numbers are increasing as the crisis continues and institutions explore their options to reduce costs and shore up their finances. The good news is that employer contribution reductions tend to be temporary and plan sponsors look to reinstate their contributions as quickly as possible. Looking back at the 2008 economic recession, it took about one to two years post-crisis for institutions to reinstate contribution rates to prior levels.”

A Risk of Long-Term Damage?

The act’s increased loan limits and the penalty waiver on premature distributions elicited unfavorable responses from some advisors. Their concerns centered around the potentially negative impact of a large loan or distribution on the participant’s financial readiness for retirement. For example, assume the participant borrows $75,000. Her first payment will be due in January 2021, after the loan deferment period ends. The specific repayment amount will depend on the plan’s loan rate and pay period frequency, but the employee likely has just taken on a monthly payment in excess of $1,200.

Early indications are that participants are not making a run on their defined contribution assets under the new regulations. No doubt that’s due in part to the eligibility requirements, but perhaps caution is prevailing. Fidelity reports that from April 1 through May 8, 373,242 (1.5%) participants had taken a CARES Act distribution with an average distribution of $12,900. Only 8,576 had requested the full $100,000 amount. Loan requests were also modest: 4,213 participants had requested an average of $16,000 each.

Stinnett cites similar results at Vanguard, where withdrawals and loans have not deviated from the long-term trend, he says: “I think we saw 0.1% of participants take out a special COVID loan and 0.9% of participants take out a special COVID withdrawal. So, it’s very minimal, which I think is good. One would hope that means the people who most needed it were able to take advantage of it, which is great, and the others largely resisted and kept their assets invested for the long term.”