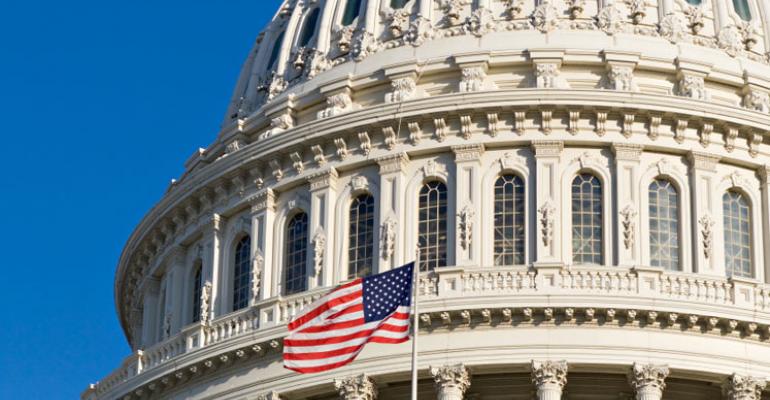 House tax writers are looking for ways to increase revenue to help offset deep rate cuts for businesses and individuals.

By Erik Wasson and Laura Litvan

(Bloomberg) --House Ways and Means Chairman Kevin Brady says he doesn’t plan to reduce the pretax contributions American workers can make to 401(k) retirement plans -- “unless there’s broad agreement” among investment advisers that a different system would lead workers to save more.

“It will either be strengthened or enlarged or left pretty much as is,” Brady told reporters Tuesday afternoon.

“I think this is the right thing to do,” said Robert Reynolds, commenting on Brady’s support for the existing 401(k) tax breaks. Reynolds is chief executive officer of Putnam Investments, a Boston-based money manager and author of a recent book called “From Here To Security,” which stresses the vital role 401(k)s play in America. “Shrinking the tax benefit would have discouraged saving among the people who needed it the most -- young people and lower and middle-class workers,” said Reynolds.

President Donald Trump and Brady have sent mixed signals on workers’ 401(k) contributions. Trump has said on Twitter that there would be “NO change to your 401(k),” calling the plans a “great and popular” tax break for the middle class. Meanwhile, last week Brady didn’t rule out changes to the retirement plans, saying Republicans are “exploring a number of ideas” to "create an incentive for Americans to save more and save sooner."

Speculation about the tax treatment of 401(k) retirement accounts has been swirling in Washington for months, as Congress tries to come up with revenue raisers to offset the historic tax cuts Trump has promised. Reports last week said Republicans were considering reducing that cap to as little as $2,400 annually. The move would pull future tax revenues forward by requiring Americans to pay taxes on retirement savings now instead of when they tap their nest eggs.

Senator Ron Wyden of Oregon, the top Democrat on the Senate Finance Committee, said Republicans are snatching the retirement tax advantages for middle-class Americans to bolster opportunities in the tax code for the wealthy to get tax breaks.

“We have been slack-jawed at how they just can’t keep their hands off your 401(k), Wyden said at a news conference.

Senate Democrats are proposing lifting to $24,500 the annual limit on pretax contributions into the plans for people under 50 years of age. Democrats propose allowing people over the age of 50 to save $30,500 on a pretax basis.

They’re also suggesting more tax incentives for employers to provide the plans, and creating an “auto-IRA” savings approach that would require employers who don’t offer 401(k)s to enroll their workers in payroll deduction contributions to an individual IRA.