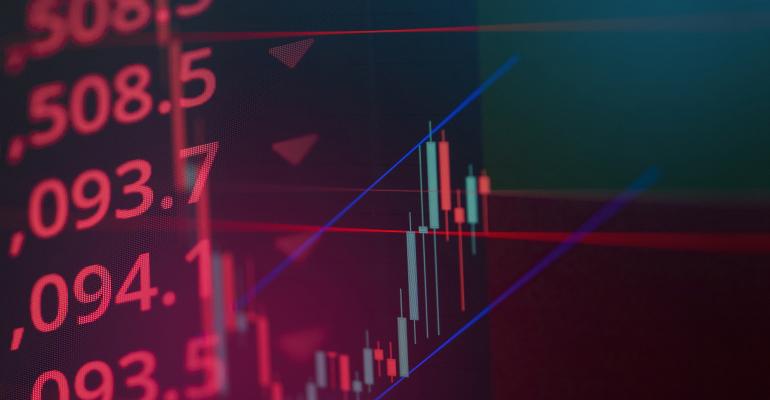 It’s not all bad news.

Lower equity prices have an obvious and negative impact on defined benefit (DB) pension plans’ funded status, but changes in interest rates also are an important factor in gauging DB plans’ condition. Given the lower and volatile yields we’ve seen recently in benchmarks like the 10-year Treasury, your defined benefit-plan clients probably are concerned about how the decline in rates affects their plans. While the impact is generally unfavorable, it might be less of a short-term problem than they imagine.

Traditional pension plans are a classic example of present value calculations. John Delaney, portfolio manager with Willis Towers Watson, explains that a rate decline produces a lower discount rate, which in turn increases the value of a plan’s liabilities and can change the plan’s funding status. Although the 10-year Treasury rate gets the most headlines, changes in that rate don’t necessarily change a plan’s discount rate on a one-to-one basis. Delaney says that for DB plans under the jurisdiction of ERISA and the DOL, the applicable discount rate is AA-quality corporate bond yields.

The easiest way to think about it is that AA corporate bond yields have two main components, he explains: “They have the risk-free interest rate piece, which you think of as a Treasury duration, and then there is a credit spread piece on top, which is the additional spread or compensation that you get for buying investment grade credit risk Treasurys.” Spreads have widened recently, resulting in what is “essentially a discount rate change of somewhere in the neighborhood of about 70 to 80 basis points for your average plan, which keeping it real simple means that the liability value on your books has grown by about 9% to 10% in two months (as of the end of February),” he estimates.

Another negative outcome: Increased DB liabilities can increase a plan’s premiums with the Pension Benefit Guaranty Corporation (PBGC). “Obviously, if your liability values are going up and your asset levels are theoretically coming down or staying the same depending upon your investment strategy so far this year, you can see an increase in those premium payments based on the unfunded liability,” says Delaney.

It’s Not All Bad News

Plan sponsors should consider several points before finalizing their interpretation of lower rates, however. Tom Harvey, a director in SEI’s institutional asset management group, points out that any change in funded status or expansion of funding shortfall should be viewed in the context of relative size to the plan sponsor. Pension benefits are simply deferred compensation and any shortfall in plan assets needs to be considered relative to how large are those claims in proportion to the sponsor’ overall annual revenues, expenses and cash flows. He cites two contrasting situations: “If funding falls for a pension plan with annual benefit payments of $2 million and overall compensation costs of $200 million, then funded status is not all that critical. But If annual compensation expenses are $25 million, that’s a material relative claim and the decline in funded status becomes a bigger issue.”

The impact of a  sharp drop in rates varies among the different types of DB plans. Rob Danesh, FSA, MAAA, EA with Harper Danesh, notes that lower rates affect classic pension plans much more than cash balance DB plans, and it’s the latter category that’s experiencing rapid growth lately. According to the 2018 National Cash Balance Research Report from Kravitz, Inc., an Ascensus company, cash balance plans comprised 37% of all defined benefit plans, up from 2.9% in 2001. For those companies that have adopted cash balance plans, the interest rate decline has far less impact, Danesh explains.

Plans that have adopted liability driven investment (LDI) strategies also likely won’t see any problems with their funded status from rate changes, says Danesh. “If your liability acts like a long-duration bond and your assets are invested in long-duration bonds, then no matter what happens with interest rates or the market your funding status doesn’t change,” he points out. “We do have some clients that are invested in that manner and then what is happening right now shouldn’t really impact their funded status.”

The smoothing mechanisms allowed when determining required contributions are another factor that can mitigate rate swings’ impact. The usual calculation is a two-year average of interest rates but there is funding relief currently that allows plans to use a higher rate. “Right now it’s 90% of the 25-year average of interest rates,” says Danesh. “So, there is plenty of smoothing in there on the required contribution side.” However, according to Danesh, this relief is wearing away beginning next year, so without rates rising or more help from Congress, plan sponsors will see their contributions increase.

The timing of required actuarial valuations also could benefit many of your DB clients. Most DB plans operate on a calendar year and Danesh notes that the determination of funding status and required contributions is based on the subsequent Jan. 1 values. “We won’t even look at this again for plans until the next Jan. 1,” says Danesh. “So, if in the course of the year, let’s just say rates are falling and the markets are having struggles but by Dec. 31 they’ve come back, then really there’s no impact.”