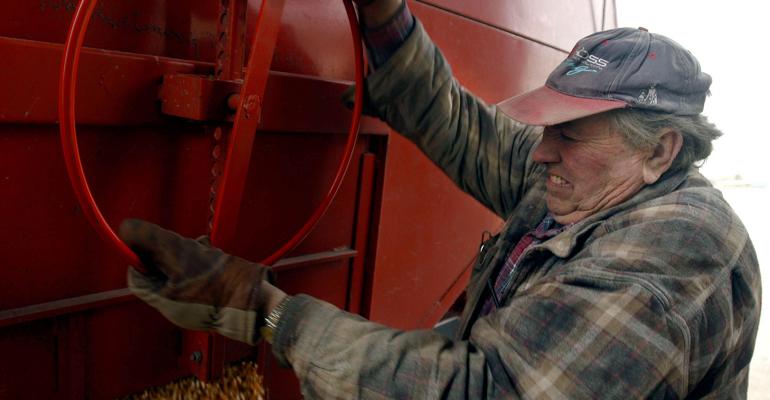 The Good and the Bad of Retirement Saving

Americans are socking away more. It’s still not enough.

(Bloomberg Opinion) --Each year, Vanguard Group releases its annual review of the state of retirement savings in America, focusing on the 401(k)s, 403(b)s and other defined-contribution plans that allow people to set money aside for retirement, and in many cases defer taxes in the process.

The report, "How America Saves 2018,” is full of data, charts and interesting analytics. What I want to do is highlight a few specifics in the report, but I suggest you download it and spend some time working through all of its geeky goodness.

First, the positive news: Vanguard points out five changes that are plusses for savers and investors:

Portfolio composition: This has improved, as plans have moved away from random fund selection and toward either target-date funds or balanced funds;

Automatic annual deferral-rate increases: Two-thirds of participants do this;

It also is worth noting the substantial improvement in investor behavior during the past five years. Plan participants trade much less, own less stock in the companies where they work and borrow less against their retirement assets. How much of this is a function of the robust economy during that period, or genuine improvement in how investors conduct themselves is up for debate. But it is indisputably a good thing for these savers.

All of these positives, plus a very cooperative stock market since the end of the financial crisis in 2009, have led to a big uptick in total assets in retirement-plan accounts.

The average account balance, which is skewed by a relatively small number of very large accounts, was $103,866 in 2017, up from $56,030 in 2008. I calculate the total gains during that period at 85.4 percent, or 5.8 percent annually. Compare that with inflation as measured by the consumer price index, which was about 23 percent during that period, and the real increase was about 62 percent.

The picture for the median — meaning the halfway point — is less rosy. In 2017 it was $26,331, up from $17,399 in 2008. That represents total gains of 51.3 percent, (about 28 percent adjusted for inflation), or 3.8 percent annually. Keep in mind that a lot of the smaller accounts tend to belong to younger employees and investors who are in the early stages of saving for retirement. These savers have not had as much time to contribute, and their accounts have yet to reap the reward of years of compounding. Fortunately, the investment time horizons of these savers are measured in decades.

Now for the bad news:

Total savings: It's still not enough, and it suggests a large swath of the public either doesn't save enough or can't save. You can blame some of it on lack of wage gains during the past few decades. The huge increase in the cost of health care, housing and education certainly doesn't help. Nor does our profligate, consumption-driven lifestyle. But no matter the reason, the conclusion is inescapable: Many Americans are not financially prepared to retire. Perhaps that’s why so many of them are working well into their 80s.

More nudges are needed: Savings for many people are not keeping pace with their pay increases. There is a tendency to set and forget 401(k) contributions, and not revisit the issue ever again. The solution is to have automatic increases for retirement-savings contributions as pay increases.

Target-date funds: These funds automatically adjust the balance of stocks and bonds over time, shifting more heavily toward bonds as the participant gets closer to retirement. The problem is that given increasing modern lifespans, these funds may end up being too conservative in the final decade or two of work for many participants.

To have and to have not: To paraphrase Hemingway, the rich are different: They not only have more money, they also have more retirement savings. The advantages of being wealthy are manifest versus middle- and lower-income savers. Although most of the investment industry targets the wealthy, the underfunded retirement plans of the rest of America continue to be a serious issue.

That’s my quick read of the report. Reading it not only is a good investment in your own understanding of your retirement-savings plan, but also those of the rest of the nation.