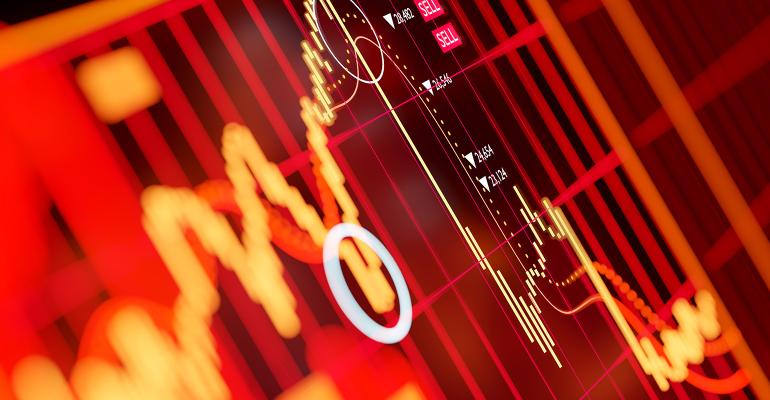 Getting Stuck on Default

Given the market’s recent volatility and rapid sell-off, it’s understandable why plan participants, particularly those near retirement, would bail on equities. But as the subsequent rebound showed, accurately timing the market’s short-term direction is tricky.

Research supports the use of professionally managed retirement-plan investment portfolios to reduce the risk of participants managing their own accounts poorly. Several studies have reported that professionally managed portfolios (PMPs) outperform those designed by self-directed investors over time. It’s not just higher raw returns, however. Jason Shapiro, director, investments with Willis Towers Watson, notes that the returns on managed accounts tend to have a tighter distribution of outcomes relative to the DIY portfolios, where results are often driven largely by exposure to equities and that market’s performance.

A sponsor’s goal shouldn’t be to get 100% of participants into the defined contribution (DC) plan’s default option, “because that goes against the grain of what DC plans are designed to do, (which is) allowing people to allocate their assets according to their own goals and objectives,” Shapiro cautions. With that caveat in mind, it’s still helpful to understand the state of “stickiness,”—participants’ decision to enroll and stay in their plan’s default option.

The convergence of two plan-level trends—auto-enrollment and target-date funds (TDFs) as the primary default investment—has benefited stickiness. Consider the stats on auto-enrollment’s impact from a February 2018 Vanguard research paper, “Automatic Enrollment: The Power of the Default,” by Jeffrey W. Clark and Jean A. Young. The authors examined the behavior of newly hired participants and found that auto-enrolled participants who elected to invest 100% of their contributions in the default option overwhelmingly stuck with their selection over time. Two-thirds of the plan participants with whom Vanguard works are auto-enrolled, says Young, a senior research analyst with Vanguard’s investment strategy group, and it’s a case where inertia works to investors’ advantage.

The continued adoption of TDFs also impacts stickiness. Callan Associates estimated that by year-end 2018 86% of plan sponsors had selected TDFs as their default option. Morningstar’s Blanchett and Burns found that about 80% of participants accepted their plan’s TDF when initially entering the plans. TDFs are proving to be highly effective at keeping participants in professionally managed accounts, says Young: “As we look over a five-year period or a 1-year period, very few single target date fund holders trade out of it. Over a one-year period it’s only 2%; over a five-year period it’s only 8%. So these options are quite sticky, and that’s good because we know they’re improving portfolio outcomes for other folks that are using them especially when you compare the target date fund single holders to the do-it-yourself investors.”

Other factors can also influence initial and ongoing default option acceptance among participants. In a January 2020 paper, “The Drivers of Default Investment Acceptance in Defined Contribution Plans,” Morningstar’s David Blanchett and Daniel Bruns examined the influence of fund features and demographics. They investigated the default investment decisions of over 46,000 participants in 175 plans using 18 different TDF series. The fund attributes they examined included:

The authors report that: “Our findings do show that default investment acceptance increases for target-date funds with lower expense ratios, lower levels of equity risk, and higher relative performance, with expense ratio having the largest effect among the three.”

No real surprises there—participants appear to be logical about their investment decision. More interesting was the finding that demographic variables, such as participant income and account balance, were more important than TDF attributes. But, the authors added a caution: “Age, deferral rate, salary and balance are all positively correlated. Therefore, it’s not necessarily age that determines whether someone is more likely to accept the default investment, rather it is more likely things like higher income or balance.”

Don’t Ignore the Other Options

Dan Bruns, vice president, product strategy with Morningstar Investment Management LLC, believes this stat should interest sponsors. TDFs have been favored due to low costs and broad diversification, but managed accounts’ value proposition has become more competitive and attractive, he maintains: “Now I think you have to take a step back and say what’s really best for my participants? If I can offer them a tool that provides financial planning for maybe a little bit more money, maybe 10 or 20 basis points more, is that something worth considering? I think we’re seeing for a lot of plans the answer is yes.”