/sites/all/themes/penton_subtheme_wealthmanagement/images/logos/footer.png
Recent
Recent
SEC Charges 18 In International Pump and Dump Scheme
Aug 16, 2022
12 Must Reads for the CRE Industry Today (Aug. 17, 2022)
Aug 16, 2022
Crypto Nomads Move Back to Big Cities Like London, NYC in Bear Market
Aug 16, 2022
The Rise of the One-Day Workweek for Office Commuters
Aug 16, 2022
Featured
The 10 Best and 10 Worst States in Which to Retire in 2021
Jul 15, 2021
Poll: 15 Classic Books on Investing and the Markets
Apr 03, 2020
Fifteen Must-Listen Business Podcasts for Advisors
Aug 14, 2020
Celebrity Estates: Jay Leno and Planning for Classic Car Collections
Feb 22, 2022
The Daily Brief
brought to you by 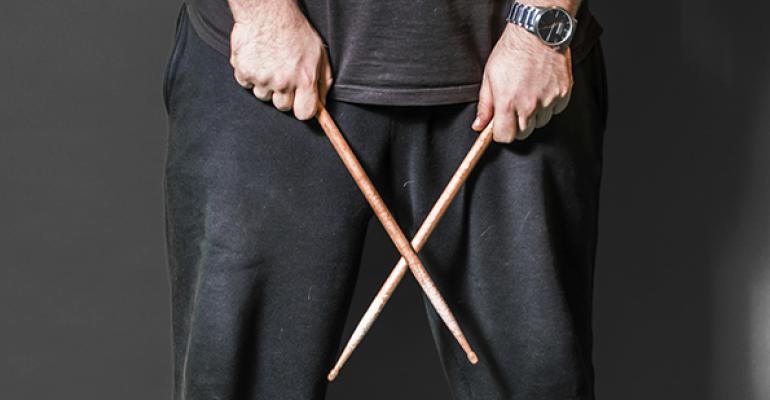 The median net household worth of those in Generation X rose 115 percent since 2010.

Generation X is the only generation to have recovered the wealth it lost during the Great Recession and housing crash, according to a Pew Research Center analysis of Federal Reserve data. Although the group, defined as those born from 1965 to 1980, was newer to the housing market and more likely to have purchased a home at peak prices, which translated into a particularly severe hit to their net worth during the recession, their median net household worth rose 115 percent since 2010. In 2016, the net worth of a Gen X household surpassed its 2007 value, while median net worth values for baby boomers (born 1946 to 1964) and the Silent Generation (born 1928 to 1945) households remained below 2007 levels.

The report noted that only Gen Xers have fully recovered the home equity lost in the recession, with an equity level that’s doubled since 2010, and as of 2016 only 3 percent of Gen X homeowners owe more than they own, known as being “underwater.” Boomer and Silent median household still have not seen that rebound in home equity. And millennials? Those born between 1981 and 1996 were severely affected by the Great Recession in terms of employment and earnings, but they had little wealth to actually lose, according to the report. 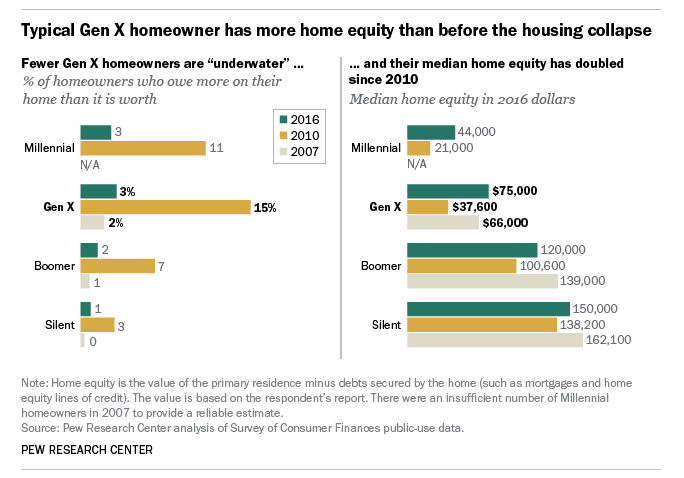