/sites/all/themes/penton_subtheme_wealthmanagement/images/logos/footer.png
Recent
Recent
Seven Tips to Help Financial Advisor Firms Protect Their Customer Lists
May 20, 2022
Nine Must Reads for the CRE Industry Today (May 20, 2022)
May 19, 2022
Dondero’s NexPoint Targets More Than $1 Billion for New Wager on Single-Family Rentals
May 19, 2022
SEC Judges’ Constitutional Cloud Darkens After Appeal Ruling
May 19, 2022
Featured
The 10 Best and 10 Worst States in Which to Retire in 2021
Jul 15, 2021
Poll: 15 Classic Books on Investing and the Markets
Apr 03, 2020
Fifteen Must-Listen Business Podcasts for Advisors
Aug 14, 2020
Celebrity Estates: Jay Leno and Planning for Classic Car Collections
Feb 22, 2022
Longevity Lifestyle Preparation
brought to you by 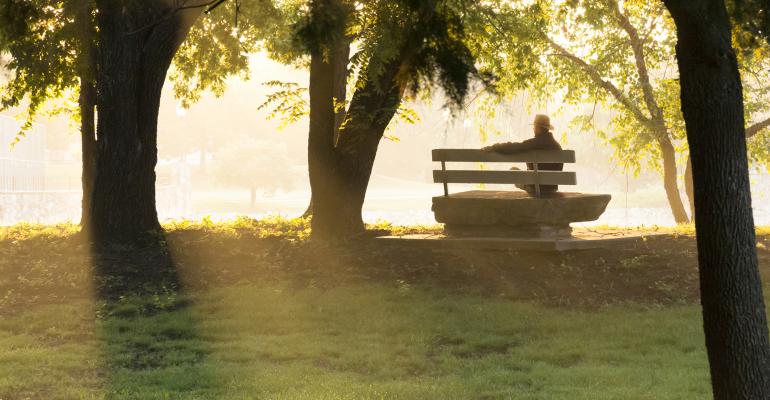 The Future of Retirement Is Brighter Than Ever

Why Americans should stop mourning the loss of traditional pensions.

(Bloomberg View) --Over the holidays the Washington Post interrupted the good cheer to bring us “a preview of a U.S. without pensions.” Peter Whoriskey tells the story of 998 people who lost pension benefits when McDonnell Douglas closed a plant in Tulsa, Oklahoma, in 1994. It’s a story that features bankruptcies, lost homes and long-deferred retirements. It’s compelling, it’s sad, and it’s not a useful guide to the future of American retirement.

Related: Wall Street Aims to Thwart a Hacking Nightmare for Your 401(k)

It is part of a journalistic genre that laments the decline of the traditional defined-benefit pension and the rise of defined-contribution plans such as 401(k)s. If you want to write an article in that genre, there are four rules that appear to be obligatory.

First, gloss over how rare defined-benefit pensions really were. Even at the mid-1970s peak of defined-benefit plans, fewer than 40 percent of private-sector workers had them. Today, decades after the shift to 401(k)s began, 61 percent of private-sector workers are participating in a retirement plan. The percentage of all workers vested in any kind of retirement plan has risen from 24 in 1979 to 43 in 2012.

Second, ignore the advantages that 401(k)s have over the old defined-benefit plans -- even when the risks and flaws of the latter are staring you in the face. Referring to the McDonnell Douglas workers, Whoriskey writes, “Because their pension benefits accrued most quickly near retirement age, the pensions they receive are only a small fraction of what they would have had they worked until full eligibility.”

In defined-benefit plans, benefits typically depend both on years worked and final salary. If you lose your job in your 40s, that structure works against you. The connection the Post fails to make is that these workers might well have been better off if the shift toward 401(k)s had happened decades earlier.

Breaking these rules shouldn’t lead you to conclude that our retirement system is perfect. Some people ought to be saving more, and some policies need to be changed.

Too many workers, particularly low-income workers, do not have access to 401(k) plans; it might make sense to let them save money in the Thrift Savings Program for federal employees, as Senator Marco Rubio has proposed. Social Security should be reformed so that it does less to suppress saving and more to protect the elderly from poverty. A guaranteed minimum benefit above the poverty level could be more than paid for by reducing the growth of benefits for high-earners, and lower payroll taxes on older employees can encourage longer working lives.

These are changes that would build on, rather than attempt to reverse, the last few decades of developments in the American retirement system. Those developments, especially the rise of the 401(k), have largely been for the better. Thanks to them, the future of retirement is not going to look like the old age of those McDonnell Douglas workers.

Ramesh Ponnuru is a Bloomberg View columnist. He is a senior editor at National Review, visiting fellow at the American Enterprise Institute and contributor to CBS News.