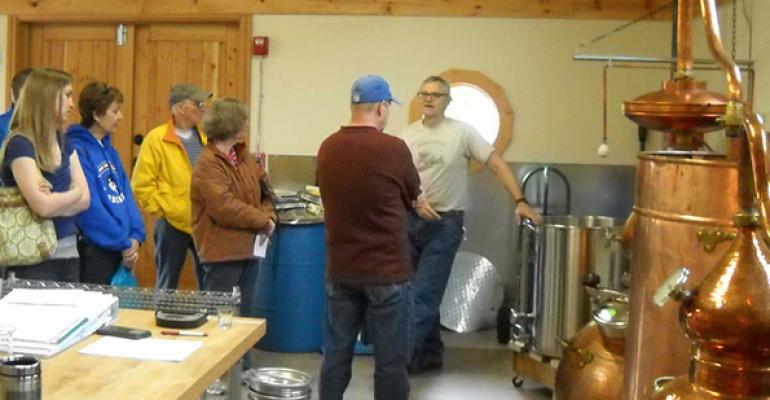 Little-known strategy allows late-blooming entrepreneurs to fund a start-up with their retirement accounts. In some cases it makes sense, but proceed with caution

The stock market scares Jan Morris. So last year she and her husband Chuck took most of the money in their retirement accounts and invested it in something most financial advisors would regard as even more risky than stocks: a small business start-up, specifically, one making high-quality artisanal gin and whiskey from a renovated distillery on the edge of the Olympic National Forest in the Pacific Northwest.

Jan, 62, and Chuck, 63, are the proud owners of The Hardware Distillery in Hoodsport, Washington, a 100-mile drive from Seattle along the Hood Canal.

Any new business is a risk. But they financed theirs with a little-known transaction called rollover-as-business-startup (ROBS). A ROBS allows would-be entrepreneurs to roll over an existing 401(k) or Individual Retirement Account (IRA) to a 401(k) plan set up within a new company, and then have that 401(k) purchase stock in the new business.

“I know this isn’t the conventional thinking, but I don’t trust the stock market,” says Jan. “For me, to find a way out of the market was fantastic. The idea of buying a building, fixing it up and relying on my own labor made a lot of sense.”

Morris regards the business as a venture for the couple’s retirement. She’s a lawyer and still teaches art part-time; Chuck works full-time as a structural engineer. But they both anticipate putting all their time into the distillery before long.

The Hardware Distillery from greg brotherton on Vimeo.

They invested several hundred thousand dollars purchasing a building for the distillery, and the equipment they needed to make vodka, gin and one drink found nowhere else: a distilled honey mead that starts out 80 percent honey and 20 percent fruit, called Bee’s Knees.

Does it make sense to raid a retirement account to fund a business start-up? And, should the tax benefits of a 401(k) or IRA be available for this kind of investment? ROBS advocates note that the Employee Retirement Income Security Act of 1974 (ERISA) does permit many 401(k) plans to offer employer stock as an investment option to participants. They also note that the rolled-over funds still ultimately are used for retirement, and are taxed on withdrawal.

A successful ROBS-financed enterprise can use profits to buy stock back from the 401(k) gradually, reducing the plan's exposure to the business and diversifying the investment mix. It’s also possible to sell the company stock (in other words, sell the business) and return a pro-rata share of proceeds to the 401(k).

That still leaves questions about ROBS as a retirement strategy, since success is by no means assured with a business start-up. Only half of new businesses survive to their fifth year, according to the U.S. Bureau of Labor Statistics.

The Internal Revenue Service has questioned ROBS in the past, but issued a ruling in February 2013 acknowledging that they can be done legally when the transactions fit within the ERISA exemptions. Yet some critics point to two recent court cases as evidence that the IRS could be getting ready to crack down on ROBS.

This much is certain: ROBS transactions are complex, so if you have a client interested in doing this, it makes sense to work with one of the specialized companies that have sprung up to execute the deals. If the deals aren’t executed properly, a client could face the usual 10 percent penalty for an early withdrawal if she’s younger than age 59 ½, along with a big income tax bill.

Guidant Financial is one of the leading ROBS specialists. The company has handled nearly 9,000 ROBS transactions over the past decade, according to CEO David Nilssen. Over the past five years, transactions are up a cumulative 80 percent. The company’s average rollover size his company handles is $180,000. “Usually, that’s not more than 60 percent of the client’s available retirement assets,” he adds.

As for the question of risk, Nilssen argues that ROBS are inherently less risky way to start a business, since the business is started with equity, rather than debt, which places a burden on the cash flow of the new enterprise. “Eighty-one percent of our clients are still operating after four years,” he says.

The hot areas for start-ups via ROBS, he says, are senior services, personal services and business services. Fast-food restaurants also have been popular investments; about half of all Guidant transactions are used to finance or launch a franchise business.

Morris and her husband got their feet wet in the business helping their son build and launch a brewery in Seattle. Their distillery features a large open space for tastings that has a view of the production area, which can be toured. They opened their doors Memorial Day weekend last year, and have been running three times ahead of their business projections ever since.

She’s not sure how long they’ll keep the business. “We’re both creative and personable, so this is great work for us. Sometimes we think we’ll do this for three to five years, but when we’re having a really fun day meeting people, we think we could do this forever.”

An exit plan also remains murky. The 401(k) inside the distillery venture is invested primarily in the building; Morris hopes to keep the building after they ultimately sell the distillery, and rent it out to provide monthly income. If that doesn’t work out, Morris says she’d sell the business and the building together; that would provide liquid assets to the 401(k), which could withdrawn for retirement purposes.

But no matter what, Morris is pleased with the move into entrepreneurship. “This will keep us lively and active - I really don’t like the idea of just going to a retirement community on a golf course.”