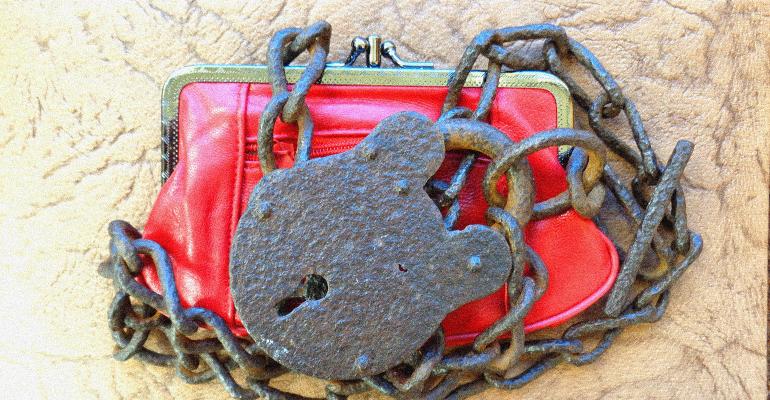 Five Ways to Get Thrifty Clients to Spend

Some clients can be too frugal to the point that they don&rsquo;t enjoy life. Here&rsquo;s how advisors can help them open their wallets in retirement.&nbsp;

Clients who manage to scrimp, save and invest during their working years often confront a new challenge once they retire: spending and giving now, without worrying about running out of money later. Advisors, of course, want their clients to save as much as possible in the accumulation phase, but once clients reach retirement, FAs should encourage clients to enjoy their money.

Here are some ways advisors can get frugal clients to open their wallets:

First, demonstrate the potential effect of an extraneous expenditure on paper.

When you are updating their financial plan and projections, include the prospective purchase in their long-range projections. You (and they) will discover that even a big-ticket item doesn’t make that big of a difference.

Let’s say a 65-year-old client is considering buying a $35,000 car, but is balking at spending that money. If that client has a life expectancy of 90, subtracting the $35,000 from her liquid assets now may mean a reduction in monthly spending of a little over $100.

You may also want to point out that the longer she lives, the more likely it is that she is going to have to eventually purchase a new vehicle. And the longer her life expectancy, the smaller effect the cost will be on her projected monthly spending.

An Asset Is an Asset

Furthermore, on the day of the vehicle purchase, her net worth doesn’t drop by $35,000. Her liquid assets decline by that amount, but she now owns a vehicle that’s worth something close to $35,000.

In the meantime, she gets the value of reliable, comfortable transportation, over which she has total control.

This concept can be applied even more so to home remodeling and improvements. Depending on the project and the materials, money spent fixing up the client’s house could improve the resale value by 25 percent to 75 percent of the total bill. In the time between the completion of the remodeling and the eventual sale, the clients will get to reap the benefits of spending money on the improvements to their home.

The effect of the investment in the house is even more dramatic and beneficial if the renovations allow the clients to “age in place” in their cherished home and hometown, rather than have to eventually move to a more senior-friendly but less familiar residence.

Once the client has a larger expenditure planned in the future, it could be a good idea to help them segregate the funds in a relatively conservative, predictable investment.

For instance, let’s say a couple is planning a trip to Europe in 2017 that will cost them $20,000. Putting that amount into, say, a certificate of deposit maturing right before the trip occurs will help the clients get comfortable with “removing” money from their “big picture” and dedicating that amount toward the upcoming expense.

Finally, concerned clients may be better off liquidating a portion of their portfolios for big purchases while asset prices are relatively high, rather than seeing a decline in overall value that may even exceed the amount the clients were considering taking out.

Don’t Trip Out About Travel Costs

Spending money on travel can be difficult for many penny-pinchers, in part because it doesn’t involve the ownership of something tangible. However, the benefit of traveling may actually exceed that gained by the purchase of an item.

A study conducted by researchers at San Francisco State University and published in the Journal of Positive Psychology found that subjects who initially leaned toward the happiness provided by buying a “thing” (as opposed to an experience) soon admitted that the enjoyment of the experience exceeded what was provided by the purchase of the item.

In addition, the time available for retirees to travel may be short, as soon their failing eyes, ears, knees and brains may not allow them to hike the Appalachian Trail or ski the double black diamond runs at Aspen.

The window of opportunity is even narrower if the trip involves other friends or family members, whose ability to host or accompany the clients may never come again.

If the objection to traveling stems from possible inconvenience and discomfort, you should demonstrate that spending more to fly first class or stay in a bigger hotel room may seem expensive at the time of purchase, but still won’t affect their long-term financial security.

These discussions about what’s feasible now can also be used to decide when to give money to family members or charities, and what amounts are appropriate.

Charitable donations can provide much needed tax breaks today. But the favored organization then gets to put the money to work now, rather than waiting until the client’s death (which could be decades away, during which the client’s wishes or charity’s goals may have changed significantly).

Clients should also think about giving to their children and grandchildren, who are often the primary beneficiaries of clients’ estates. But $5,000 given to a teenager now for college costs could mean way more to her than $50,000 bequeathed to her in middle age, after the clients have passed away.

And in the meantime, it may be a subtle strategy to ensure that older clients get the love, attention and respect they deserve from their descendants.