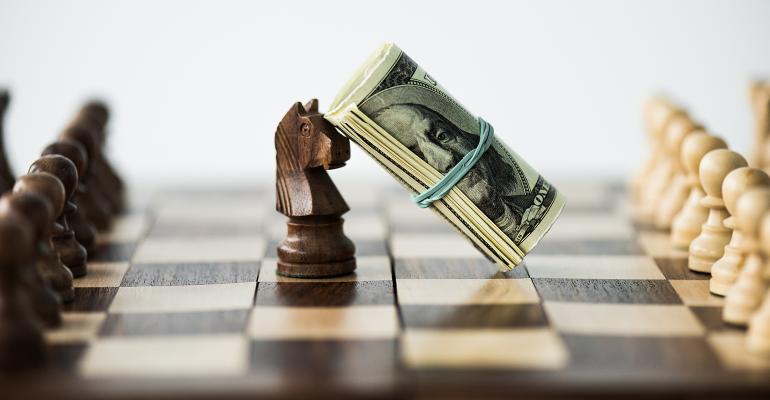 How to cut taxes when moving funds from one generation to another.

If current laws remain in place, very few of your clients (and their heirs) are likely to be hit with substantial estate taxes. Instead, current and future income and capital gains taxes may be the biggest controllable corrosive threat to your clients’ goals of multigenerational wealth. These five strategies can maximize the assets received by family members, while reducing or eliminating the overall tax bite taken by Uncle Sam.

1. Give Stock to the Kids

Parents, grandparents, and aunts and uncles may be holding on to highly appreciated assets, usually stock positions, held outside of tax-sheltered accounts. By “gifting” those assets to a younger, less well-off member of the family, usually a young adult or teenager, the recipient can sell the asset while avoiding some or all of the capital gains taxes on the sale. True, if the donor is alive at the time of the gift, the original owner’s cost basis remains in place and the selling family member will have a capital gain that may be taxable. However, if the seller’s income is low enough, the federal capital gains tax rate could be zero percent.

A couple of caveats of this strategy: First, if the recipient of the gift is aged 24 or under when they sell the asset, the gains could be subject to the dreaded “kiddie tax,” wiping out some or all of the tax advantages of the transfer (for more information, see Publication 929 and Tax Topic Number 553 at www.irs.gov). Second, if the recipient is in college, the asset or the sale of the asset would reduce any need-based financial aid packages awarded by the school.

According to a study conducted by the National Institute of Retirement, 66 percent of American adults aged 21 to 32 haven’t saved a single penny for retirement. Your clients can get their favorite young adults on track by “seeding” the their retirement accounts. And there could be plenty of tangible benefits by doing so.

For young adults who have earned income but are in a low- or no-income tax bracket, a Roth IRA makes the best sense. The deposit may qualify the young adult for the Saver’s Credit, and any future earnings will be sheltered from taxation. The contribution can be withdrawn by the Roth IRA owner at any time for any reason with no taxes or penalties whatsoever, so it can also serve as a friction-free source of funds in an emergency.

For those higher earners (generally residing above the 12 percent federal income tax bracket), deposits to a pre-tax retirement plan like an IRA or 401(k) would likely make more sense. The deposit will not only cut the their income tax bill, but it may trigger a matching contribution from an employer.

Any IRA assets unused by the elder generation will likely be passed down to their children or grandchildren. Usually that means that the heirs will have to begin taking taxable required minimum distributions from the account. There’s a very good chance that those distributions will be taxed at a higher rate than what the cut would have been if the original IRA owners had withdrawn the money while alive. It should benefit the younger generation for the older IRA owners to convert some or all of their IRAs to Roth IRAs while alive. Wiser, wealthier would-be heirs could even offer to pay the tax bill on the conversion now.

Tax-wise, there are certain groups of beneficiaries who should receive certain types of investment accounts and assets. Tax-deferred accounts like IRAs and non-qualified annuities should be given to younger family members who are not only likely to be in lower tax brackets, but may have longer life expectancies over which to make RMDs and the RMDs will also be smaller. Upon the death of the owner, a single IRA account listing multiple beneficiaries usually has to use the birthdate of the oldest beneficiary to calculate the inherited RMD.

However, if the beneficiaries each set up separate inherited IRAs by December 31st of the year after the IRA owner’s death, each beneficiary is then allowed to take the RMD according to his own life expectancy. Highly appreciated assets are best left to those beneficiaries in the higher tax brackets, as long as the cost basis can be stepped up to current price levels. Then the wealthier recipients can sell the asset with little or no tax bill. The higher-income beneficiaries should also be the ones who receive the tax-free death benefits from life insurance policies in force at the time of the insured’s death.

Speaking of life insurance, older clients who own cash-value life insurance policies might rightfully wonder why they should maintain the policy without any apparent need for the insurance. First, those policies taken out decades ago may be paying out an attractive interest rate, which is sheltered from taxation. Second, paying a little in premiums now could provide a lot in a tax-free payoff down the road.

Here’s a good rule-of-thumb for deciding if it’s worth it to pay this month’s premium: take the death benefit, and divide that amount by the current premium. If the life insurance owner believes the insured will pass away sooner than the product of that equation, it’s probably a good idea to keep paying the premiums and keep the insurance in force. For instance, let’s say a 70-year-old grandfather owns a cash-value life insurance policy on his life with a $100,000 death benefit. The monthly premiums today are $200. It would take 500 months of paying $200 premiums before he would spend $100,000 keeping the policy in force. Since it’s unlikely that he’s going to live another 500 months, it’s probably a good idea to make the premium payment. And again, his children or grandchildren would be smart to pay the premiums out of their own pockets, as long as he names them as the beneficiaries.

Kevin McKinley is principal/owner of McKinley Money LLC, an independent registered investment advisor. He is also the author of Make Your Kid a Millionaire.