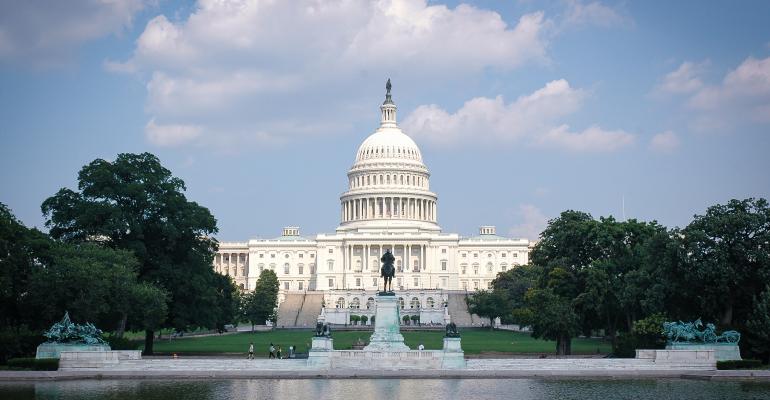 What to ask when the plan is revealed.

(Bloomberg View) --Congressional leaders say they’re working on a corporate tax reform that will boost the U.S. economy. Yet -- as happened with efforts to dismantle Obamacare -- they’re keeping their plans under wraps until the last moment, with rumors and leaks serving as the main form of advance discussion. It’s thus crucial to have a framework, so we can quickly assess any proposals that emerge.

1. Does the plan have temporary provisions, and how are they justified?

Transitional provisions are a natural part of easing the path to a new tax system. But other temporary measures have a different purpose: hiding their true cost. The "big six" proposal, released last month by congressional Republicans and White House officials, would allow companies to fully deduct short-lived capital investment, such as equipment and machinery, “for at least five years.” Why five years? Presumably because a permanent tax break would look a lot more expensive over the 10-year period typically used to assess the cost of tax changes. This is worse than a mere budget trick: The temporary nature of the measure would also distort investment incentives and increase uncertainty.

This week’s fiasco over reducing the limit on contributions to 401(k) retirement accounts was also about the timing of tax revenues. By shifting activity into Roth 401(k) accounts, where contributions are taxed up front, it would move revenue from the future to the present -- again, making any tax plan look less expensive than it really would be. Beware of other measures like this, intended to obscure long-term budgetary effects.

2. Does the plan pay for itself in the long run, using realistic forecasts?

A well-constructed tax reform should encourage investment and employment without relying on overly optimistic economic projections. If it creates large budget deficits, it will harm growth by pushing up borrowing costs and crowding out private investment. It shouldn’t make unrealistic assumptions about such deficits -- for example, by assuming that a one-time tax on companies repatriating offshore income will keep generating revenue indefinitely.

The revenue needed to pay for a sharp reduction in the corporate tax rate could come from many places, including the elimination of breaks for individuals. Yet the standard maxim that tax reform should lower rates and broaden the base doesn't always hold true. Limiting deductions for certain activities, such as capital or research expenditures, could discourage productive investment.

3. How does the plan address the deductibility of interest?

The current tax code allows companies to deduct interest payments from their taxable income. This encourages them to borrow and invest, but also creates an undesirable incentive to take on too much debt. A 2016 proposal from House Republicans offered a sensible solution: Scrap the interest deduction, but allow companies to fully expense all capital investments. This would have eliminated the tax system’s role in business investment decisions.

The big six proposal, by contrast, calls for only a partial limitation on interest deductions for C corporations, with no details provided. This would probably leave the tax system playing a significant role in businesses’ investing and financing decisions. It’s also not clear how a partial limit on interest deductions could be combined with partial expensing of investments. At the very least, the two should bear some relationship to one another.

4. How would the plan prevent companies from avoiding taxes by moving their operations or profits abroad?

Cutting the corporate tax rate to 20 percent would encourage companies to locate their production activities in the U.S., and would reduce their incentive to shift their profits to tax havens abroad. But the big six plan would also move toward a territorial system, in which the U.S. would not tax companies’ foreign income and activities. This would have the opposite effect, making it even more attractive to report earnings outside the U.S.

There’s a simple and complete solution: Levy tax based on where a company’s products are services are used. Such a destination-based system eliminates the incentive to move offshore, because the U.S. tax is the same no matter where the company’s profits and production are located. Unfortunately, the big six has already rejected this approach.

No other option will fully address the problem. That said, one coherent approach -- suggested without detail by the big six -- would impose a low-rate minimum tax on the offshore earnings of U.S. corporations. An alternative would be to use some simple apportionment approach -- perhaps based on the location of sales -- to decide what share of the income associated with patents or other intangible assets should be taxed in the U.S.

5. How would the plan prevent people from using pass-through businesses to avoid personal income tax?

The big six plan would reduce the top tax rate on pass-through businesses (such as S corporations, partnerships, sole proprietorships and limited liability companies) to 25 percent, a full 10 points lower than the top personal income tax rate. The disparity will encourage people -- particularly wealthy people -- to characterize all income as business income, precipitating a big and inequitable revenue loss. To prevent this from happening, any plan will have to include serious enforcement measures -- such as taxing a certain share of reported business income as ordinary income.

The U.S. business tax system sorely needs reform, particularly in the way it deals with multinational corporations. But we must pay close attention to what Congress and the Trump administration propose. Change in the guise of reform has the capacity to make things worse, and the secretive, often chaotic nature of the current process provides ample opportunity to do so.

Alan Auerbach is a professor of economics and law at the University of California at Berkeley and director of the university's Burch Center for Tax Policy and Public Finance.