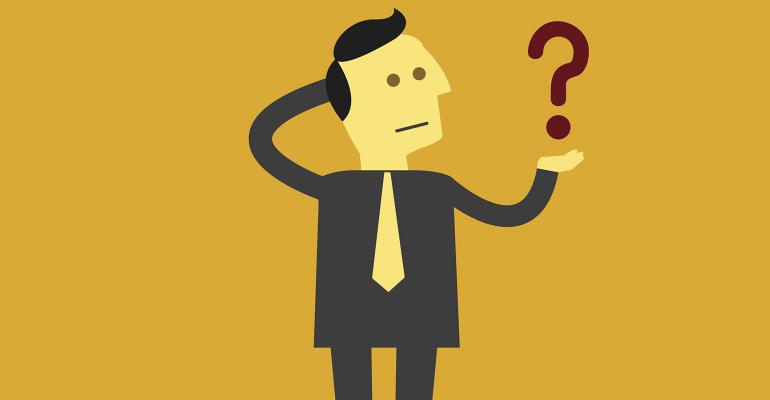 The Fiduciary Standard Is Still Evolving

There’s continuing confusion surrounding who will bear what burden.

Late last year the Department of Labor extended the transition period for the fiduciary rule exemptions to July 1, 2019, but there are potential changes brewing that merit monitoring—including the repercussions of the Fifth Circuit Court of Appeals vacating the rule.

Related: The Fiduciary Standard Has Already Been Set

Plan consultants working with sponsors of qualified retirement plans, such as 401(k), 403(b) and 457 plans, are already operating as fiduciaries. For that group, the standard of care was always the best interest standard and that will continue to be the case, according to Sandra D. Grannum, a partner with Drinker Biddle and Reath, LLP in Florham Park, N.J.

However, the situation is not as clear in the individual investor regulatory sphere, which may help explain the extended transition period. Previously, advisors dealt with suitability, which is the general standard for investments that’s enforced by FINRA, Grannum explains. With the ’40 Act fiduciary standard, fiduciaries are required to disclose any conflicts and their compensation. Finally, the ERISA standard, or best interest prudent man standard, was the highest standard of fiduciary care.

Now the situation is less clear because the DOL’s fiduciary rule moves the standard of care of IRAs from the suitability standard to the ERISA prudent man standard. “So, it has not lessened the confusion which the public has regarding the standard of care they are entitled to receive,” says Grannum. “It has instead, further confused the public with the continued three separate types of standards of care from two different types of financial advisors and added the wrinkle of having retirement funds, whether or not qualified, falling now into the highest standard regardless of who the investment professional might be.”

One line of thinking about the transition period extension is that it gives the SEC and FINRA time to work on harmonizing proposed regulations with the DOL. For example, some form of the standard of care requirement is likely to remain in place post-transition for non-ERISA accounts, although it might not be the ERISA-level standard of conduct, according to Joan Neri, counsel with Drinker Biddle and Reath. Also, the original pre-transition rule included several disclosure requirements, and Neri notes that if the SEC adopts disclosure requirements for retirement investors, this could impact the DOL’s post-transition rule. Given the calendar requirements of writing and publishing proposals, accepting and reviewing comments and issuing final rules, any harmonized proposals will need to be made public by this fall.

Or maybe not. Grannum points out that the SEC recently issued its annual priority letter, and it didn’t disclosed that the agency was drafting a fiduciary duty rule, as some observers hoped. Instead, the SEC stated that it will be examining plans to “ensure that there’s appropriate disclosure of conflicts and costs and it will be looking at IRAs in wrapped accounts,” says Grannum. “It doesn’t say anything about IRAs, separate and apart from wrapped accounts, and it doesn’t say anything about fiduciary duties with regards to general investment brokerage relationship nor does it say we are planning on coming up with a standard. That’s not in this priorities letter at all.” However, at the SEC Speaks (an event held in February), SEC Chairman Jay Clayton indicated that a SEC fiduciary harmonization is, in fact, afoot.

The SEC may be working with the DOL and FINRA to harmonize their efforts, but it’s difficult to determine FINRA’s plans, if any, for considering fiduciary duties among the advisors it regulates. “In January, FINRA came out with its priority letter and nowhere in that letter was there any indication that they were planning to enforce the DOL fiduciary duty rule,” says Grannum. “In fact, there was no discussion of fiduciary rule at all. What they discussed was protecting elder investors and also sort of doubling down on the standard of suitability to ensure that the brokers were appropriately acting in a suitable fashion with regards to their clientele.”

States are also launching initiatives, Neri adds. In February, the Massachusetts Securities Division brought an administrative complaint against Scottrade, alleging Scottrade violated its internal policies, which were designed to conform broker actions to the DOL’s fiduciary duty rule. It’s unclear how this case will play out or if other states will follow suit using their own state laws as a mechanism for enforcing the DOL’s fiduciary rule.