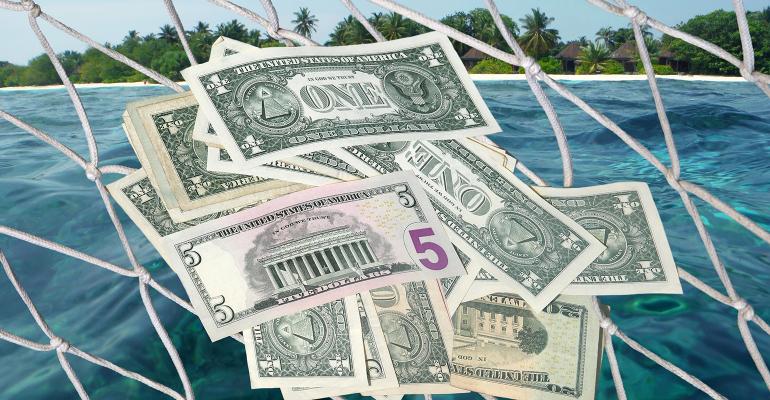 The nudge from their employer might be enough to get them to jump.

One of the upshots of the current economic landscape is that several larger employers are offering some of their older employees incentives to retire—perhaps earlier than the employees had planned.

If you get a call from clients who are pondering such an offer, here’s how you can help them make the right decision.

The first step toward deciding whether to take an early retirement is to see if the clients’ current accumulated assets can support their lifestyles for (at least) their life expectancies. The result might be that even when using conservative-to-the-point-of-paranoid figures for such variables as spending, investment returns and lifespan, there is already more than enough money from which to draw. You should then show that the financial advantage of forgoing the buyout and remaining on the job might not be quite as large as the clients perceive. The lower their current income and/or the longer their life expectancy, the less gain there will be to continuing to work any longer.

What are the “carrots?”

Employers offering early retirement will often include several inducements for the target employees to leave, starting with a severance payment that could equal several weeks or months of pay. The bad news is that severance payments are usually subject to income and payroll taxes. But the employer may offer the client the option to spread the payment out over several years, and/or base tax-reducing 401(k) contributions on the payments.

One increasingly rare benefit that an employer might offer to an early retiree is health insurance coverage through the company. Not only will the cost of this coverage likely be lower to the client than if she were to obtain it on her own, but she will also be able to get coverage regardless of her health condition.

Yet as valuable as that coverage might be right now, the company may not be willing or able to provide it to the early retiree indefinitely, or even until she reaches Medicare eligibility.

To be safe, you may want to add in the potential costs of an early retiree obtaining health insurance coverage on her own. Health insurance costs can vary widely, but the website ValuePenguin recently calculated that the average monthly premium for a 55-year-old is $446, and at age 64 it’s $600. So you could use something around $500 per person per month, and add in a few hundred dollars more for out-of-pocket expenses.

On to the next job?

Just because a client accepts an early retirement offer, it doesn’t necessarily mean that he has to stop earning a living.

He should ask his current employer if there is an opportunity to continue working for them in an as-needed or consultant role. He also should look at getting a similar position with another employer, which would offer not only a resumption of a steady paycheck but also hopefully the valuable ancillary benefits he might be losing when he leaves his current employer.

Finally, this might be the best (and most necessary) time for him to become self-employed, either in his current field of expertise, or one that he has always dreamed of pursuing.

That said, all of the above sources of income are likely to be tenuous, at best, and shouldn’t be counted on to replace the income needed from his current employer.

Regardless of the prospects of future earnings for your “severed” clients, it will help your clients’ emotional and psychological state to develop a specific strategy for replacing their lost paychecks. Any pension or severance payments are a welcome start, but additional income may have to come from pretax retirement plans, such as 401(k)s and IRAs.

Normally owners of pretax 401(k)s who are over 55 and have left their jobs can withdraw money from those accounts with no 10% penalty for pulling the money out before turning 59½.

The distributions will of course be taxable as ordinary income, but, by definition, the unemployed client’s income will likely be lower, and so will her tax rate and bill.

A couple of rules of thumb for initiating potentially taxable distributions from any 401(k) or IRA: First, the clients should try to hold off taking any money out until after January 1,  2021, so that the withdrawn amounts aren’t added on to their earned income for 2020. Second, if possible the clients should withdraw only enough from these accounts annually until their taxable income reaches the top of the 12% federal income tax bracket (for 2020, that’s $40,126 for singles and $80,250 for married couples filing jointly). Ideally any income needed above these amounts can be taken from investments and savings held in taxable accounts.

Prior to the pandemic and economic crisis, IRA owners under age 59½ could avoid the 10% penalty only on early withdrawals for specific and unique circumstances, or under the complex “72t” rules. But Section 2202 of the CARES Act enacted on March 27, 2020, allows certain IRA/401(k) owners who have been affected by the virus (medically or financially) to withdraw up to $100,000 from their accounts in 2020 with no 10% penalty, even if they’re under age 59½.

The withdrawals are still taxable, but the withdrawn amount can be spread out over three years of tax returns and can be repaid to the account over that time to avoid the taxation.

Finally, any client considering taking an early retirement offer should think about the consequences of turning down the offer.

Yes, for the time being she will continue to get the paycheck and benefits on which she currently relies—the value of which cannot be denied. But it’s unlikely that an employer needing to make this offer is in great shape right now. And if conditions worsen in the future for the economy and/or the employer, the next round of head count reductions might not have any incentives to the employee to leave, nor give her the option of staying on.