/sites/all/themes/penton_subtheme_wealthmanagement/images/logos/footer.png
Recent
Recent
BofA Revamps Wealth Management Product Teams Under Sieg and Knox
Jan 21, 2022
Eight Must Reads for the CRE Industry Today (Jan. 21, 2022)
Jan 20, 2022
CFP Board Announces New Commission to Adjudicate Appeals
Jan 20, 2022
The New 3-Legged Stool for Success
Jan 20, 2022
Featured
The 10 Best and 10 Worst States in Which to Retire in 2021
Jul 15, 2021
Poll: 15 Classic Books on Investing and the Markets
Apr 03, 2020
25 U.S. Markets Adding the Most Multifamily Units This Year
Feb 03, 2021
Fifteen Must-Listen Business Podcasts for Advisors
Aug 14, 2020
Annuities
brought to you by 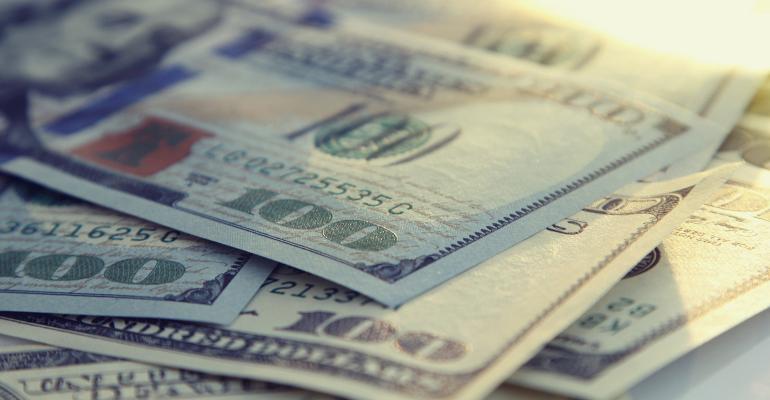 The trend toward de-risking continues.

Now that the ink is dry on the tax cut legislation enacted late last year, employers are taking a look at how the law reshapes the landscape of employee benefits.

The Tax Cuts and Jobs Act frees up quite a bit of corporate cash by reducing corporate tax rates from 35 percent to 21 percent. At the same time, large multinational corporations to repatriate cash that they have kept abroad at sharply reduced rates for a limited time period.

A survey of 333 large and midsize U.S. companies by Willis Towers Watson found that nearly half (49 percent) are considering making changes to employee benefits, compensation, total rewards and executive pay programs. The most common changes organizations made in 2017—or are considering this year—include expanding personal financial planning (34 percent), increasing 401(k) contributions (26 percent) and increasing or accelerating pension plan contributions (19 percent).

But that last survey finding on accelerated pension plan contributions won’t be as positive for employees as it may sound. It points toward acceleration of the trend among sponsors of traditional Defined Benefit plans toward “de-risking.” That’s jargon for reducing the financial risk posed to corporate balance sheets by pension plans. De-risking can be accomplished through lump sum buyouts to retirees and former workers or by transferring pension obligations to private insurance companies by purchasing huge group annuities to pay out benefits.

De-risking moves only can be made by plans with adequate funded ratios—generally, at least 85 percent of projected liabilities. And any DB plan sponsor interested in de-risking effectively has an incentive to get moving this year. That’s because companies can deduct pension contributions from their tax bills—and they have until Sept. 15 this year to deduct contributions at the old, higher rate.

“The tax reform law has caused a lot of sponsors to ask themselves if it makes sense to accelerate their contributions this year,” says Beth Ashmore, a senior consultant at Towers Willis.

Some plan sponsors may also want to increase funding to avoid higher cost of premiums paid to the Pension Benefit Guaranty Corporation, the federally sponsored agency that provides backstop insurance to DB plans. Most plan sponsors were paying 3.4 percent on any deficits in their funded ratios last year, and that will rise to 3.8 percent this year above 4 percent by the end of the decade.

Congress mandated the premium hikes to shore up the solvency of the PBGC, although the changes only affect single-employer plans. A second looming challenge is how to avoid the collapse of the PBGC insurance fund that backstops multiemployer DB plans in industries like construction, trucking, mining and food retailing. More than 10 million workers and retirees are covered by 1,400 of these plans, and as many as 200 plans are severely underfunded. The problems threaten individual workers’ pensions and could bring down the PBGC itself. Congress created a select committee to examine the problem under the budget deal it reached in February.

Finally, DB plans also will be required to lift their funded ratios as relief provided by Congress in recent years expires—and because of higher longevity reflected in the latest IRS mortality tables.

The trend away from DB plans in the private sector is not new, of course. In 2016, 17 percent of private sector workers were covered by DB plans, down from 88 percent in 1999, according to the Center for Retirement Research at Boston College. The overall number of DB plans offered by private employers dropped from 103,000 in 1975 to 45,600 in 2015, according to analysis of government and private industry data by the U.S. Government Accountability Office.

In most cases, DB plans have been replaced by 401(k) offerings. That has shifted greater risk to workers and retirees. The sizeable numbers involved in lump sum payouts can seem attractive, but they come with elimination of a lifetime income stream.

Transferring a pension to an insurance company annuity doesn’t diminish pension payout amounts—pensioners continue to receive their full benefits, but the annuities lack the protections afforded by ERISA and PBGC. In the event of an insurer insolvency, state insurance guarantee programs usually cover up to $250,000 of the annuity purchase value.

This year, buyouts likely will focus on retirees, at least through the first three quarters, according to Melissa Moore, Mercer’s U.S. annuity placement leader. “The change in the corporate tax rate will motivate many plan sponsors to fund up their plan,” she says.

Meanwhile, many sponsors of defined contribution plans are debating whether to make one-time contributions to participant accounts or to make longer-lasting changes to matching contribution formulas. “It’s early stages of the thinking on this right now, and sponsors are evenly split on the question,” says Beth Ashmore, a senior consultant at Towers Willis. “If you feel that you need to improve the competitive position of your retirement program as an employer, you’re probably leaning toward making permanent changes.”

The survey’s finding that 34 percent of plan sponsors are considering expansion of personal financial planning offerings is encouraging. Use of these managed account services has been slow to catch on, with most plan sponsors still using target date funds as their default option for participants.

And, if very few workers have defined benefit pensions in the years ahead, that last service could be very useful for them.