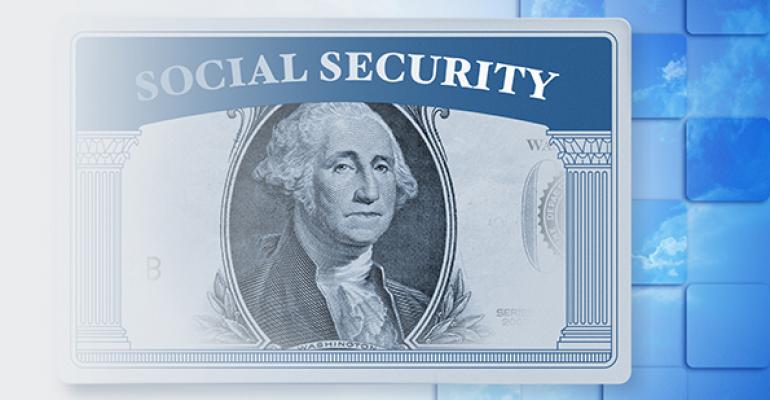 Your clients may be unaware of what they’re entitled to

In our last article, we took a simplified approach to Social Security (SS) survivor benefits.  In most cases, if both spouses are past age 70, survivor benefits are relatively simple: The survivor gets the higher of the two benefits.  But if someone dies at a younger age, it can get very, very complicated.  Today, we go into an often overlooked area: the divorced spouse’s retirement benefits.  In our experience, many divorced spouses are completely unaware of the benefits they’re entitled to.

If you take nothing else away from this column, understand this:  A divorced spouse may qualify for the same spousal benefits as a married spouse.  This includes both retirement and survivor benefits.  In fact, not only is a divorced spouse entitled to the same benefits, but also, he has some significant advantages over a married spouse.  We’ll cover that later in this column.

Also, for a divorced spouse to qualify for a spousal benefit, his personal retirement or disability benefit must not be greater than the other spouse’s benefit.  But there’s an exception to this: If the filing spouse has reached his full retirement age (FRA), he may be eligible for a “Spousal Only” (Restricted Application) benefit.  We covered this in considerable detail in “Social Security Spousal Benefits Simplified?”

So as long the restrictions above are met, a divorced spouse is entitled to the act same spousal benefit as a married spouse.  But the qualified divorced spouse has three distinct advantages.

The first advantage involves File and Suspend.  In “Social Security Spousal Benefits Simplified?”, we covered this strategy.  Basically, when your client reaches FRA, he can go to SS, file for his personal benefit and then immediately suspend it.  Doing this allows your client’s spouse to collect a spousal benefit, without affecting his ability to collect deferred retirement credits.

The second advantage involves the excess earnings test (EET).  This is a bit complicated.  The EET applies to anyone who’s collecting a SS benefit before FRA.  Your client may end up losing part of your benefit if he continues to work.  If the worker has earnings in excess of the earnings limit ($15,480 in 2014), there will be a benefit reduction of $1 for every $2 of excess earnings.  If your client makes too much money, he could lose his entire SS benefit.  Note that if your client loses a benefit by starting early, he should be able to get some of that back because his benefit will be adjusted when he reaches FRA.  And the rules are not quite as onerous in the year your client reaches FRA.  Once he’s beyond FRA, the EET doesn’t apply at all, so he earn as much as he wants without affecting his SS retirement benefit.

For a married spouse, if he’s collecting benefits before FRA and he’s getting a spousal benefit, he must consider the earnings of both spouses in the EET.  With a divorced spouse, even if the ex-spouse has earnings above the earnings limit and hasn’t reached FRA, the EET won’t reduce the divorced spouse’s benefit.

If the divorced spouse remarries, he must terminate existing spousal retirement benefits if the marriage was to a worker who’s disabled or retired.   But of course, at that point, the divorced spouse may be eligible to file for spousal benefits based on the new spouse’s SS record.

In our next column, we’ll give detailed coverage to an often overlooked area: taxation of SS benefits.  This is a critical issue when you look at your client’s retirement budget.

William F. Rainaldi and Frank Rainaldi co-founded The Kugler Company and are co-author and editors of the bulk of the company’s training materials and planning software (www.kuglersystem.com).