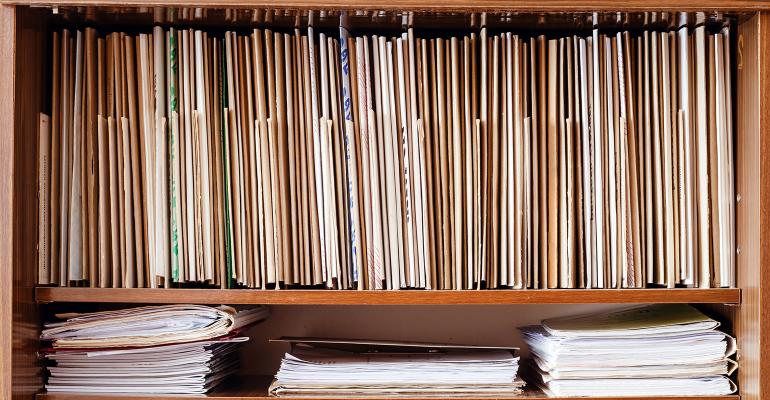 DC Plan Fees: Is the Bottom in Sight?

Recordkeepers' margins are already thin and can't go much lower.

The relentless pressure on investment and record keeping fees is a prominent trend in defined contribution plan administration. According to the 2016 Defined Contribution Plan & Fee Survey by NEPC, LLC, both expense categories have shown consistent year-to-year declines over the past decade. Fees vary with plan size, but the overall lower-fee trend continues. For example, the average asset-weighted expense ratio dropped from 0.57 percent in the 2006 survey to 0.42 percent in 2016. Median record keeper, trust and custody fees declined even more sharply over the same period, from $118 per plan participant to $64.

The most recent results weren’t completely unexpected, according to Boston-based study co-author and NEPC partner Ross Breman, CFA. The firm thought that fee declines might begin to level off in 2015 because many plans had already cut costs in previous years. “And, so, we thought we might see a little bit more of a leveling off of fees and yet fees continue to decline,” he says, noting that the results indicated ongoing efforts to reduce plan expenses. “We saw another 29 percent of plans moving to cheaper share classes. So, I think that that was something that it wasn’t a major surprise, but we weren’t necessarily expecting it either.”

It’s logical to ask whether—and if—the trend can continue. Robyn Credico, defined contribution consulting leader with Willis Towers Watson in Arlington, Virginia, notes that record keepers’ margins are already “very thin” and can’t go much lower. “The record keepers have to stay in business,” she says. “I have seen in recent bids that certainly the larger vendors who are wanting to stay in the business, they’re not willing to go to the lowest price.” Consequently, she believes fees have bottomed out.

At times, it seems that each week brings new reports of plan participants suing their plans over fees or perceived governance failures. Plan sponsors recognize their exposure, the study reports: Since 2013, 82 percent of plans have recontracted their record keeping fee and the number of survey respondents moving to fixed-dollar fee arrangements also increased. Additionally, 20 percent of the responding plans negotiated fees with one or more of their investments in 2015.

This was the first survey to find that the majority of plans—51 percent—had contracted on a fixed dollar (explicit fee per participant) basis, Breman notes. Also, 21 percent of the plans in the survey now have no revenue sharing. He believes the takeaway from those trends for advisors is “there continues to be a big focus not just on the level of fees but the fairness of the fees and whether all participants are being treated fairly.”

These results show the need for a greater emphasis on plan sponsors to adopt and implement sound governance practices. “They have to do the work, they have to follow a prudent diligence process and they have to document their efforts,” says Breman. “And, as part of a prudent governance process, plan sponsors really should be doing a periodic recordkeeping search, a vendor search. It’s a lot of work and it’s not something that they need to do every day but certainly, if it’s been more than five or seven years, it’s something that a plan sponsor should really consider.”

It seems that in-plan income solutions have been in the “about to break out” stage forever. Despite the slow progress, the survey found that 5 percent of plans reported an income solution’s inclusion. That’s a low number, but five years ago the amount was zero, says Breman. The change represents a growing recognition among plan consultants, participants and sponsors of the differences between the accumulation and retirement-income phases. Some of the more innovative sponsors have started offering income solutions and Breman is hopeful that progress will continue.

The study gives sponsors and consultants a tool for understanding plan fees and related trends and notes that: “A record keeping search is the best way to measure and benchmark plan fees and to assess different pricing models.” Credico cites several reasons why productive benchmarking involves more than comparing fees with published medians and ranges. In her experience with large plans, fees differ widely. Investment management and record keeping services and quality vary among providers, as well, she adds, making it important to benchmark against comparable solutions.

“For example, if you have a good, actively managed fund and you expect its returns to be higher, if you were just going to benchmark fees, the actively managed fund would always look higher than the indexed fund,” she points out. “That’s ignoring quality and expected benefits. The same is true on the recordkeeping side. If I hire a good record keeper that’s going to focus on retirement readiness and all sorts of things versus a record keeper that does very little, your fees will be different and for good reasons.”