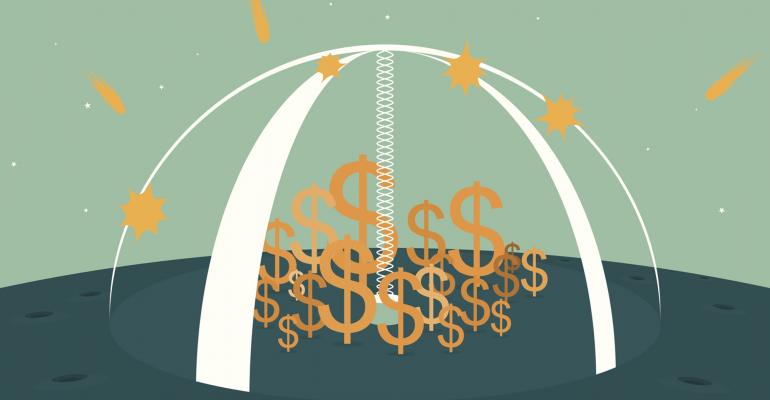 Help clients in both bankruptcy and non-bankruptcy situations.

Saving for retirement is a lifelong endeavor. Apart from their primary residence, your clients’ retirement accounts are likely the largest assets they own. They may have an individual retirement account (IRA) and/or a Roth IRA and may participate in a retirement plan at work, such as a 401(k) and/or a Roth 401(k). After saving and sacrificing for so many years, losing that savings to creditor claims or frivolous litigation is a legitimate concern. When advising clients, it’s helpful to have a basic understanding of the protections afforded retirement accounts in both bankruptcy and non-bankruptcy situations.

Retirement accounts may be protected from the claims of creditors.¹ However, the protection differs depending on whether the account is a qualified retirement plan, a pension plan or an IRA. It also depends on whether the creditor action is one in bankruptcy or non-bankruptcy. To start, you should know that there are two general genres of retirement accounts: Employer/employee plans and individual-only plans.

Employer/employee plans are formed by a contract between two parties, the employer and the employee. There are two types of these accounts:

A U.S. Supreme Court case dealt with the creditor protection of a debtor’s retirement accounts. The case, Patterson v. Shumate,1 held that a participant’s interest in a QRP also governed by ERISA was excluded from the participant’s bankruptcy estate and couldn’t be used to satisfy the claims of the participant’s creditors. The court invented a term, “ERISA-QRP,” but didn’t define that term in its ruling. This failure to define the term has led to a great deal of confusion. Should the rationale in Patterson be extended to a non-bankruptcy situation, the conclusion should be the same (that is, a creditor shouldn’t be able to reach the assets within an ERISA-QRP).

The second type of retirement account to be aware of are IRAs. IRAs are plans formed by a client for the sole benefit of that client. There are various types of IRAs, including: Traditional, Roth, Simplified Employee Pension (SEP), Savings Incentive Match Plan for Employees (SIMPLE), Rollover, Conduit, Self-directed, Section 403(b) (for public-education organizations), Section 457 (for government employees) and Coverdell Education Savings Accounts (also known as Education IRAs).

The law pertaining to IRAs regarding creditor protection isn’t as well defined as that pertaining to QRPs and pension plans. This is because a large body of law has emerged since the Great Depression intended to deal with the retirement promises that employers make to their employees (that is, pension plans), but IRAs aren’t as old and don’t have as extensive a history.

Under the Bankruptcy Abuse Prevention and Consumer Protection Act of 2005 ("the Act"), employer/employee retirement accounts and IRAs are exempt from bankruptcy (except for federal tax liens). The Act limits the exemption for Traditional and Roth IRAs to $1 million, but is adjusted upward every three years for inflation (the 2015 inflation-adjusted number is $1,245,475). There’s no exemption limit for rollovers from QRPs, Section 403(b) plans, SIMPLE IRAs or SEP IRAs.

Whether a client’s pension plan or IRA benefits are protected from creditor claims in non-bankruptcy situations depends on the type of plan and whether the plan is covered by ERISA. This is an important nuance to understand. ERISA is a federal law, and federal law supersedes state law. Most non-bankruptcy situations are governed by state law. So, if a retirement account is governed by ERISA, then that federal law will supersede any state law.

If a retirement plan is a pension plan covered by ERISA and meets the qualification requirements under the IRC, the account should be protected from the claims of creditors. Exceptions include: (1) Qualified Domestic Relations Orders (QDROs) issued in a divorce situation, and (2) a claim for taxes by the Internal Revenue Service.

A QRP that covers only a sole proprietor (and his or her spouse) or the partners of a partnership (and spouses) or the sole owner of a corporation (and his or her spouse) isn’t an ERISA pension plan. Therefore, such “owner only” plans, most of which are qualified under the IRC, aren’t covered by ERISA and may not qualify for the creditor exemption described in Patterson.

For QRPs not subject to ERISA, and IRAs (which also aren’t subject to ERISA), creditor protection is available under state law. For example, in California, creditor protection is afforded under Section 704.115 of the California Code of Civil Procedure. Generally, under Section 704.115, benefits held in a private retirement plan and all distributions from a private retirement plan are exempt from creditor claims. However, the protection afforded self-employed retirement plans and IRAs is limited to the amount in the plan or IRA necessary to provide for the support of the debtor and the debtor’s dependents after retirement (taking into account all resources likely to be available to the debtor).