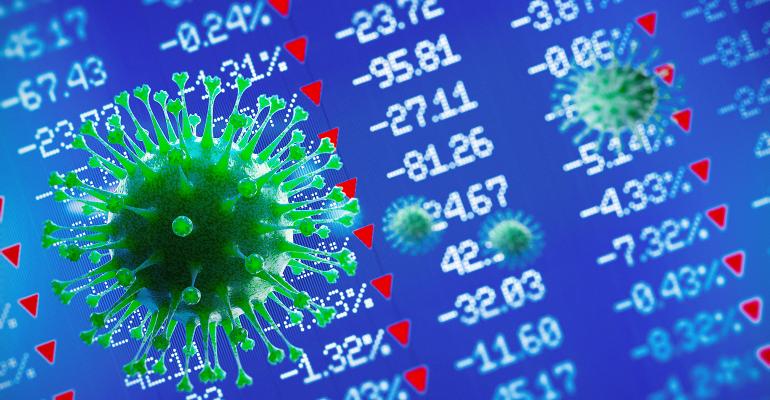 Target date funds have become the odds-on favorite investment tool in 401(k) plans in recent years, but the COVID-19 crisis has slowed their momentum.

During the virus-inspired market volatility of the first quarter, target date funds (TDFs) saw significant net outflows, especially among older investors. It was the worst quarter for U.S. stocks in 12 years, with the S&P 500 plunging 20%, and at one point they were down nearly 30%.

“People don’t like to see their balances go down, and a lot of target date investors are novices who might have been automatically enrolled in their plans and never really interacted with their accounts before,” says Rob Austin, head of research at Alight. “Suddenly they start seeing news headlines about the market and the reaction is ‘Just get me out of here; I scrimped and saved for that money.’”

This isn’t the first time TDFs have been under the microscope during difficult market conditions. Back in 2008, the performance of TDFs tailored for near-retirees was all over the map, but the worst performers were down 40% or more. Back then, a great deal of criticism was leveled at TDFs that maintained high equity allocations for near-retirees and retirees alike.

What can the recent TDF outflows tell advisors about how their clients understand and use these funds in their 401(k) accounts?

First, the most popular TDF platforms still feature relatively high equity allocations for investors near or past the retirement age. For example, Fidelity Investments’ target date series holds 51% equity, and the key series at T. Rowe Price holds 55% equities at that point.

A Morningstar review of 401(k) participant behavior in the first quarter found that just 5.6% of participants changed their portfolio allocations during the quarter. Not surprisingly, 10.8% of investors who self-direct their accounts made changes, compared with just 2.4% of those using target date funds and 1.8% of people who opted into managed accounts.

Notably, the share of participants using the qualified default investment alternatives in plans declined during the quarter, especially among older investors. Likewise, a separate Morningstar review of TDFs in March found that “investors planning to retire between 2020 and 2035 showed an unusual lack of discipline, withdrawing approximately $9.4 billion during March.”

“But when you get to be 45 or 55, the person working alongside you could be earning half what you are, they might be putting children through college, or their house could be completely underwater. Your financial picture can be very different, and that is not captured in the target date fund—the only input it captures is your age.”

That’s a blunt instrument approach to a set of questions that come with a great deal of complexity.

The timing of retirement often is a best guess—research by the Center for Retirement Research at Boston College found that 37% of workers retired earlier than planned—and that the odds of success fell as the goal became more ambitious. In that study, among the 21% of workers who said they intended to work to age 66 or later, 55% failed to reach that target.

And that was before the COVID-19 crisis, which promises to push millions of baby boomers into premature retirement.

Another problem is a gap in understanding and knowledge about what TDFs are and are not. A survey by Alight found that 59% of plan participants say they don’t know anything about target date funds.

TDFs—at least, the better ones—mark a significant improvement for most retirement investors since they automatically maintain allocations. And, as Morningstar notes, TDF investors are less likely than others to exhibit bad behaviors—like panicking in a down market.

But they remain cookie cutter solutions—and that’s not a good tool to use when navigating someone through the tricky transition years from work to retirement.

“If a financial advisor told you all he needed to know to build your retirement plan was your age, you’d wonder why you’re paying that person,” says Austin.

“You’d want to consider other fundamental things—how much have you saved, what’s your risk tolerance—when do you want to retire? None of those things are part of a target date fund.”