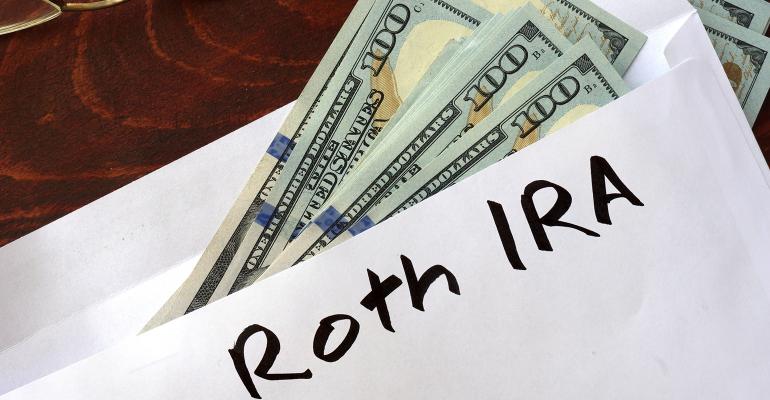 Beware, pre-tax amounts are taxable in the year transferred.

In Information Letter No. 2017-0024 (Office of the Chief Counsel, released Sept. 29, 2017), the Internal Revenue Service responded to a question posed by Rep. Robert Wittman (R-Va.) on behalf of a constituent, regarding whether a taxpayer could transfer funds from a traditional individual retirement account to a Roth IRA without incurring a tax liability.

Rep. Wittman, in his letter, referred to Notice 2014-54 (“Guidance on Allocation of After-Tax Amounts to Rollovers”).  However, the IRS pointed out that the notice applies to distributions from qualified plans and not to distributions, including conversions, from IRAs.

The IRS thus considers funds in a traditional IRA as pre-tax amounts, unless an owner shows that he paid taxes on those funds. To verify that he paid taxes, a taxpayer can offer the IRS copies of: (1) income tax returns; (2) Forms 1099-R (“Distributions from Pensions, Annuities, Retirement or Profit-Sharing Plans, IRAs, Insurance Contracts, etc.”); or (3) Forms 8606 (“Nondeductible IRAs”), which are filed by taxpayers who receive a distribution from an IRA that contains after-tax amounts.