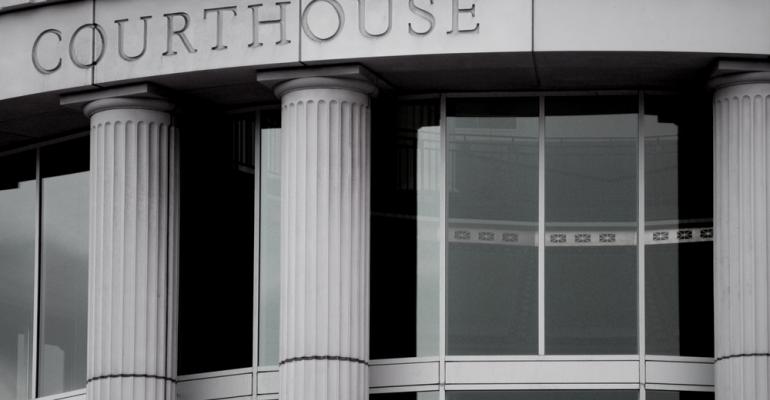 The U.S. Court of Appeals for the Seventh Circuit recently halted a strong trend in the courts to protect inherited retirement plans in bankruptcy in In re Heidi Heffron-Clark, decided on April 23, 2013.

Ruth Heffron died and left her $300,000 individual retirement account to her daughter Heidi Heffron-Clark as beneficiary.  Heidi and her husband later filed for bankruptcy.  Heidi argued that the bankruptcy statute, amended in 2006, should exempt those assets from creditor claims against her bankruptcy estate.  The bankruptcy court disagreed and held the assets weren’t exempt.  The district court reversed and held that such plans were protected, but the court of appeals, in this most recent decision, reversed that decision in turn.

The bankruptcy code protects “retirement funds to the extent that those funds are in a fund or account that is exempt from taxation under Sections 401, 403, 408, 408A, 414, 457 or 501(a) of the Internal Revenue Code”[i].  The funds were in an account exempt from taxation under Internal Revenue Code Section408–an IRA.  What the court questioned, and answered in the negative, was whether her account was still a “retirement fund” once Heidi inherited it.  The bankruptcy code does not define “retirement fund,” so the court felt free to craft its own interpretation.  To the Seventh circuit, funds cease to be “retirement funds” once in the beneficiary’s hands.  This contrasts with many district level cases and two circuit level cases that have recently found otherwise.[ii]

The Seventh Circuit adopted a very narrow view of what “retirement funds” can be.  A plain reading might be: any funds set aside for retirement, no matter the source, which would allow the rest of the code section quoted above to be a logical narrowing of the broader definition.  After all, no competent financial planner developing a retirement plan only looks to a client’s non-inherited, tax-qualified accounts in a vacuum.  However, one can see the plain public policy argument behind the court’s reasoning–why should inherited IRAs be any more protected than inherited homesteads?

The court reasoned that the inherited IRA did not represent a “retirement fund” in Heidi’s hands largely because the taxation of inherited IRAs is different and funds could be accessed for current consumption without penalty.  This rationale would not endanger spousal rollovers, where a surviving spouse moves inherited retirement accounts into his own name (the asset is then taxed as if the inheriting spouse had owned it all along), but it does endanger spousal inherited retirement plans that are NOT immediately rolled over.

The Seventh Circuit dismissed its interpretation as endangering protection for surviving spouses:

If a married holder of an IRA dies, the decedent’s spouse inherits the account and can keep it separate or roll it over into his or her own IRA. Either way, the money remains “retirement funds” in the same sense as before the original owner’s death: the surviving spouse cannot withdraw any of the money before age 59½ without paying a penalty tax and must start withdrawals no later than the year in which the survivor reaches 70½.

But the Seventh Circuit is clearly wrong–surviving spouses keeping the IRA as a separate inherited IRA can withdraw funds before age 59½ without paying a 10 percent penalty tax and may have a different required beginning date for required minimum distributions.  Surviving spouses who are under age 59½ are often advised to delay rollovers and keep funds as an inherited IRA because, while their account is still tax deferred, in an emergency (unlike a rollover), they could access funds without the 10 percent early withdrawal penalty.

Should practitioners worry about this case if they're not in the Seventh Circuit?

After Clark, outside the Fifth or Eighth circuits that decided the Chilton and Nessa cases, it’s anyone’s guess how another circuit would decide.  Ultimately, the Supreme Court may take up the issue based on the split circuit decisions.  More importantly, beneficiaries move and may be in completely different states than the client.  It’s not uncommon for children to move to the big city for college or a job–in the Midwest, that’s Chicago–the Seventh circuit.  Thus, practitioners should not count on inherited IRA protection for their client’s families from the bankruptcy court.

Moreover, IRAs and other qualified plans can lose their creditor protection through disqualifying actions by the owner, or even through no fault of the owner but through the fault of the IRA provider.[iii]

ERISA or State Law May Provide Protection Despite Recent Interpretation

While not at issue in this case, inherited retirement plans may also receive creditor protection under the Employee Retirement Income Security Act or state law, which would not rely on a court’s interpretation of 11 USC Section 522.  However, most ERISA plans don’t permit non-employee beneficiaries to remain in the plan to “stretch” out distributions over their lifetimes, and most state laws don’t protect inherited IRAs (although Ohio and a small handful of other states do).

What options are there to protect inherited retirement plan accounts?

Had Ruth Heffron left her IRA in a trust or trusteed IRA for her daughter, Heidi, this result would likely have been avoided.  Naming a separate trust as beneficiary is usually the best option.  Properly drafted, the trust could qualify as a “see through trust,” achieving the same tax deferral as if the beneficiary had inherited the IRA directly, but with far superior creditor protection.[iv]