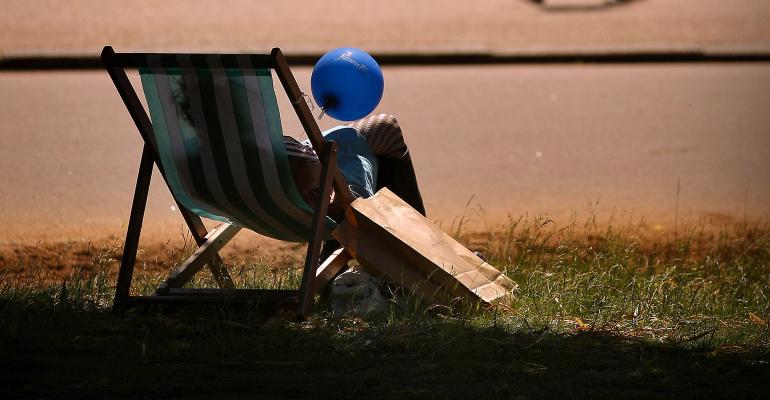 Boomers to Cause Markets to Go Bust

As boomers retire and exit the economic-contribution side of society, we’ll likely see a stock sell-off.

(Editor's Note: Several readers pointed out two instances of factual inaccuracies in the below article. They have been corrected and noted.)

Living in Los Angeles from 1979 to 1995, I grew accustomed to my TV viewing being interrupted by breaking news of car chases. A slightly different TV breakaway event occurred on July 2, 1982, when San Pedro resident Larry Walters, out of sheer boredom, purchased 42 8-foot weather balloons and several tanks of helium.

Larry filled and tied the balloons to his lawn chair and took flight, reaching altitudes of 15,000 feet. “Lawn Chair Larry” drifted into the controlled airspace of LAX airport, prompting pilots to report the safety hazard to the control tower. This stunt captivated the Los Angeles audience for weeks, and the constant car-chase breakaways took a back seat to Larry’s lawn-chair expedition. Fast-forward to 2017. As we experience numerous bubbles in our economy, I thought it a propos to portray Uncle Sam as Lawn Chair Guy in order to focus on the boomer bubble, and how it affects the markets: we’ll likely see a stock sell-off due to the number of boomers retiring. A blog post by the founder of GoldSilver.com, a online buyer and seller of gold and silver, Mike Malone, brought up some undeniable points about boomers that the general market is not discussing.

IRA holders must start taking minimum distributions at the age of 70.5. The minimum amount required is based on life expectancy tables published, and updated annually, by the IRS. The current, most commonly used table would not liquidate the entire account until he or she reached the age of 115, should the retiree live that long. The oldest of the baby boomers are now reaching 70.5, which will start a cycle of substantial stock sales. Malone comments that investing for the long term is drawing to a close. We’ll have too many sellers and too few buyers, according to Malone.  (Editors note: A previous version of this story incorrectly stated qualified retirement accounts must be liquidated within 15 years. A chart that described the decline in boomer assets based on that 15-year number has also been removed.)

Over the past 65 years (on a population basis), there were three new buyers for every new seller, according to Malone. Over the next 25 years (on a population basis), there will be three new sellers for every new buyer, he says. It can be argued that annual IRA distributions can be moved to a qualified account, but clients will still have to pay taxes on those distributed proceeds, so there will be less money to reinvest. Also, for many retirees, they will be living off those distributions. (Editors note: A previous version of this story suggested IRA accounts could be moved via a “1035” exchange. 1035 exchanges are for non-qualified annuities not associated with a qualified retirement account.) The substantial impact from the legions of boomers has influenced growth surges in housing, education, real estate and the stock market. As boomers retire and exit the economic-contribution side of society, we’ll see a reversal in the bubbles they created, with the stock market poised for increasing downside impact over the next 25 years.

Jonathan Henschen is the president of Henschen & Associates, a recruiting firm in Marine on St. Croix, Minnesota.