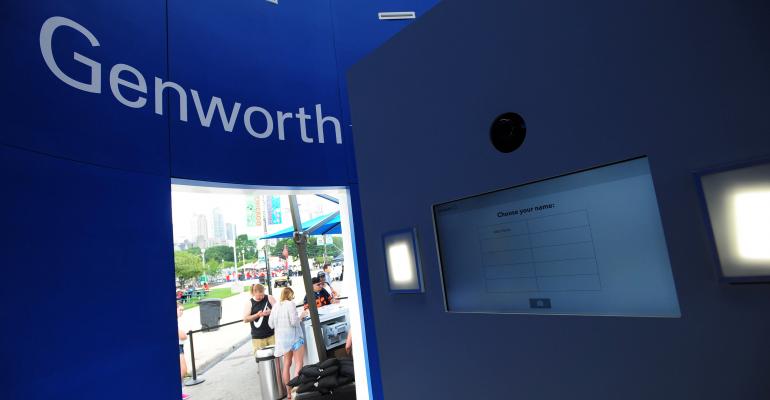 The nation’s largest long-term care insurance (LTCI) underwriter is blazing a new trail for the industry on how policies are underwritten. Genworth informed its sales agents in August that it has begun considering not only the health of applicants, but also the health history of their parents, in underwriting policies.

Genworth now weigh any history of early onset coronary artery disease or dementia in applicants’ parents. The new rules took effect for applications received starting September 2nd. For underwriting purposes, Genworth is defining early onset as age 70 for dementia, and age 60 for coronary artery disease. A spokesman notes that the company has included questions about applicants’ parental history since 2006; only now has it started using that information in underwriting.

Other LTCI underwriters probably aren’t far behind Genworth. "Since Alzheimer's and dementia are the largest causes of long-term care insurance claims, it is likely and logical for other insurers to adopt a similar position as a way to keep premiums as affordable as possible for large numbers of applicants," says Jesse Slome, executive director of the American Association for Long-Term Care Insurance (AALTCI).

Genworth has four rating categories - preferred best, preferred, select and standard. The company’s bulletin to agents indicated that the best category available to applicants with a parent diagnosed with coronary artery disease before age 60 will be preferred; the best available category for applicants with one parent diagnosed with dementia before age 70 also will be preferred; if both parents received that diagnosis, the best category will be select.

Slome noted that the change won’t affect a large number of applicants. "This really is not a huge deal - less than four percent of the 5.2 million Americans with Alzheimer's disease are under age 65." He estimates that a family history will increase pricing for an applicant by five percent.

Genworth provided the following illustration of how family history might affect premiums, with this explanation:

"Our individual long term care products have 4 underwriting classes.  Underwriting will determine which of the 4 classes the applicant will get, which has different rates associated with each of the classes.   If the response on the application is such that the family history limits the applicant to preferred or select it simply means they are eligible for fewer rate classes and cannot be placed in classes with the deepest discount available to applicants that do not have this family history.  The example below shows how the rates vary for each of the 4 rate classes for each person applying as a couple, both age 55 for a very typical plan design.  The column on the right shows the rates if only the man is underwritten and the woman is declined. Couples make up the majority of our business.”

Genworth has made no secret of its desire to tighten up underwriting and boost prices for its LTCI products. Last year the company led a broader industry move to introduce differential prices based on gender for some female customers. Two-thirds of Genworth’s LTCI claim payouts go to women; AALTCI estimates gender pricing is boosting the cost of new policies for women anywhere from 20 percent to 40 percent. The new gender-based pricing requires state-level regulatory approval; so far, it has been launched in 42 states, with additional states to launch later this year, a Genworth spokesman says.