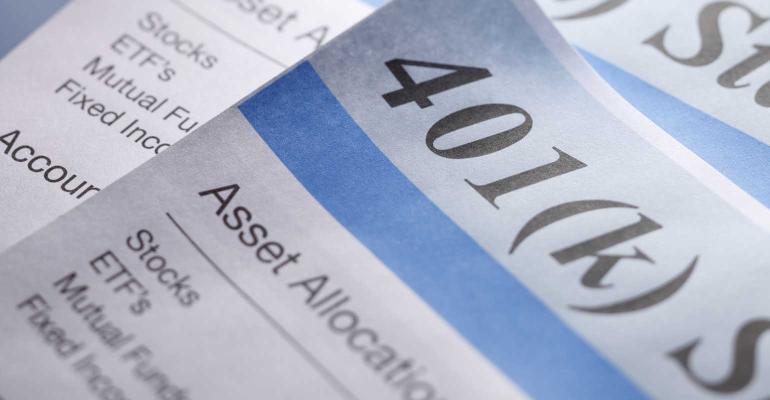 (Bloomberg) -- After a dismal year for retirement savers, new legislation could make it a little easier to put money aside in 2023.

The changes, which were part of an omnibus spending bill signed into law by President Joe Biden at the end of December, have been criticized for mainly benefiting high-income workers and for not going far enough to address America’s retirement crisis.

But in the face of daunting challenges, including a swath of the population with no retirement savings at all, it’s a start.

“Some things are clearly made better, but at best, it’s a tune-up,” said Edward Renn, a partner on the private client and tax team of international law firm Withers.

Here are some of the changes financial advisers and retirement experts think are the most timely and meaningful for retirement savers today:

One of the more interesting changes is the ability to roll over money from a 529 college savings plan into a Roth IRA, said Tim Steffen, director of tax planning at Baird Private Wealth Management. Roths are funded with after-tax dollars, which then grow tax-free.

Beginning in 2024, beneficiaries with money left in 529s because, say, they got more scholarships than expected, can roll some leftover funds into a Roth IRA without paying the usual 10% penalty for withdrawing money for non-education expenses.

“It’s good for college savers who are afraid to put money into a 529 plan because their child might not go to college,” said David Haas, founder of Cereus Financial Advisors. “It really encourages college savings instead of retirement, but it’s a good thing.”

Employers now have the go-ahead, starting in 2024, to treat employee student loan payments as contributions to workplace retirement savings plans. This means they can qualify for matching contributions from employers, giving a head-start to younger people who would otherwise put off saving for retirement.

Student loan payments are currently on pause pending a Supreme Court review of Biden’s plan to write off as much as $20,000 in debt per borrower.

Today, employees who need to tap a 401(k) before age 59 ½ for an emergency expense can take hardship withdrawals, but in most cases will pay a 10% penalty, owe income tax, and won’t be able to repay money into the account. Such withdrawals have been rising in the past year or so.

To try to lessen those withdrawals, employers will be allowed to offer emergency savings accounts alongside retirement plans beginning in 2024.

These accounts can hold up to $2,500, or an employer may set a lower bar. An employee can take one penalty-free distribution of up to $1,000 per year, and can repay it within three years. No more distributions can be taken over the three-year period unless the money’s repaid.

“In terms of what plan sponsors will be talking about, No. 1 is the optional student loan provision, and this is No. 2,” said Dave Stinnett, head of strategic retirement consulting at Vanguard. “If unemployment starts to tick up and overall financial conditions are challenging, this is one of the easier changes to implement.”

People in all income groups can struggle to pay for even small emergency expenses, said Shai Akabas, director of economic policy at the Bipartisan Policy Center, a think tank.

The rules around so-called “catch-up” contributions — the amount above the annual limit that savers age 50 and over can make to retirement accounts — have also changed.

While higher-income savers may mourn the loss of that tax shelter, “I’d caution against overreacting,” said Vanguard’s Stinnett. “We think of diversification as stocks, bonds, and cash, but there is also tax diversification.” A mix of tax-deferred and after-tax accounts gives savers  flexibility when drawing down money in retirement.